The Waccamaw River begins in North Carolina at Lake Waccamaw, a freshwater lake within a Carolina bay. A Carolina bay is a natural elliptical depression of unknown origins, though many scientists believe they are limestone sinkholes. From Lake Waccamaw, the river winds 140 miles through Horry and Georgetown counties after entering South Carolina at the Waccamaw River Heritage Preserve. It joins the Great Pee Dee River in Burgess near Murrells Inlet and travels parallel to the South Carolina coast, flowing past historic sites such Brookgreen Gardens, Sandy Island, and several rice plantations. In Georgetown the Black River empties into the Waccamaw River, which then spills into Winyah Bay. 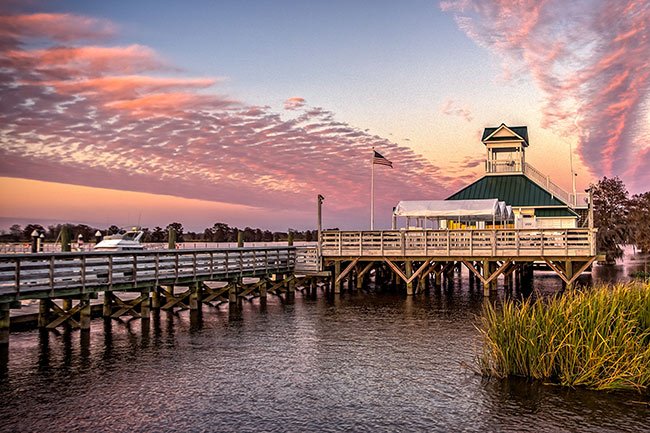 Mike Covington, 2014 of Pawleys Island © Do Not Use Without Written Consent

The river and the North Carolina lake are named for the Waccamaw Indians, a river-dwelling tribe that remains active and is headquartered in Conway. Though in ancient times their territory stretched from Lake Waccamaw to Winyah Bay, today the Waccamaws inhabit land primarily in Georgetown and Horry counties. 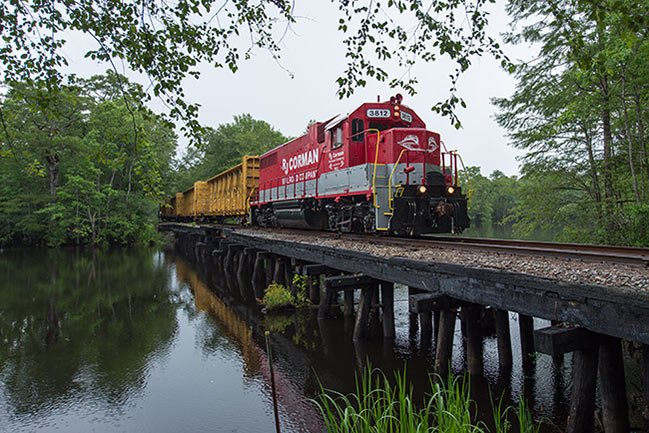 Alex Keth, 2017 of Charlotte, NC © Do Not Use Without Written Consent

The Waccamaw is a black water river, meaning that its water contains tannin from the leaf debris that decomposes within it. The result is deep brown-tinted water, giving such rivers the descriptor, black water. Such rivers are found along the coastal plain and do not contain the clay sediments found in rivers in the middle and upper parts of the state. 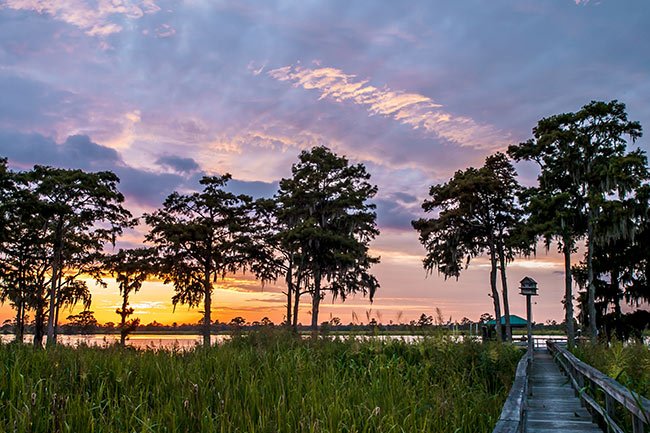 Mike Covington, 2010 of Pawleys Island © Do Not Use Without Written Consent

Historically, the Waccamaw River was a water route for transporting lumber and other cargo from places such as Buck’s Upper Mill in Bucksville. Today the river is a source of recreation, with the Waccamaw River Blue Trail guiding paddlers the length of the river from the South Carolina border to Winyah Bay. In Conway, the Waccamaw River Memorial Bridge takes car travelers from the city into Myrtle Beach. Beneath the bridge with its historic Gothic arches is a boardwalk stretching alongside the river. Called the Conway Riverwalk, the boardwalk features picnic tables, benches, swings, and other places to stop and take in the beauty of the Waccamaw River. 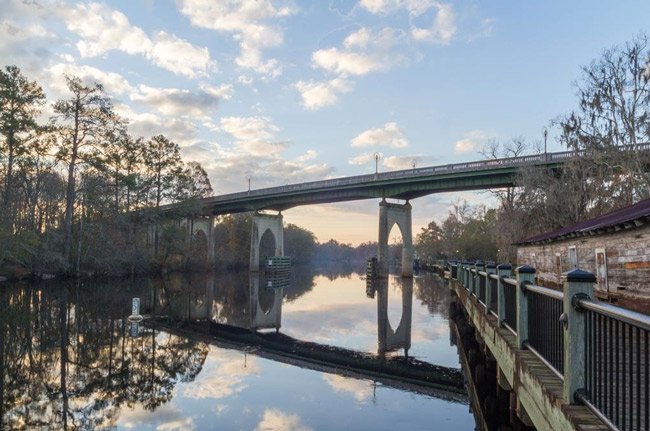 In December of 2015, The Nature Conservancy, a private land conservation group, purchased 494 acres of pristine land along the Waccamaw River. The land will be managed by both the Waccamaw National Wildlife Refuge in Georgetown and the City of Conway for ecotourism and preservation. 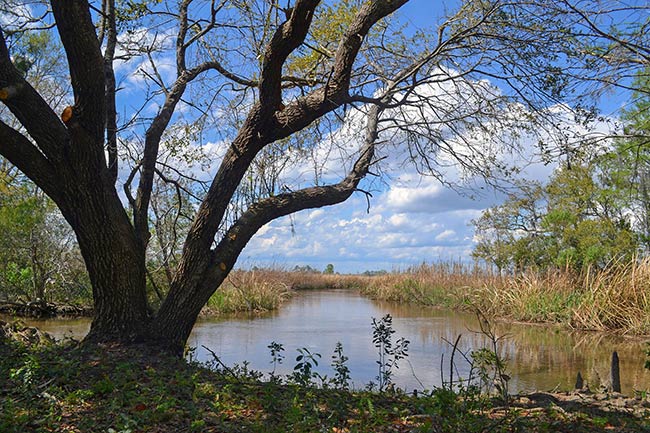