The congregation of this white clapboard church in the Jasper County village of Robertville was organized around 1781 by the Reverend Alexander Scott. The church initially was called Black Swamp Baptist Church, named for its location along the blackwater wetlands. It is said to have given rise to several other churches in this part of the state. 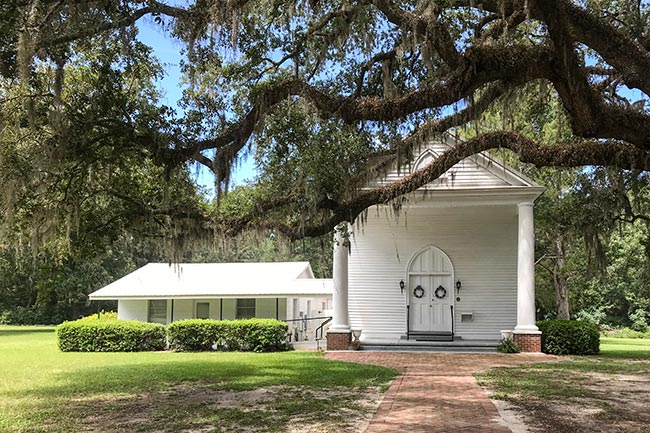 Ellen Culbertson Abramo of Nazareth, PA, 2018 © Do Not Use Without Written Consent

The area was settled primarily by Welsh Baptists and French Huguenots, several descending from the line of Pierre Robert, a French immigrant who came to South Carolina from Switzerland following the 1685 revocation of the Edict of Nantes. The community of Robertville derived its name from the Robert family. Members of Black Swamp Baptist Church relocated their congregation from the swampland to Robertville and built a grand edifice in 1824, which was said to be one of the most beautiful in South Carolina at the time. Sadly, the church was burned by Union troops at the end of the Civil War in 1865. 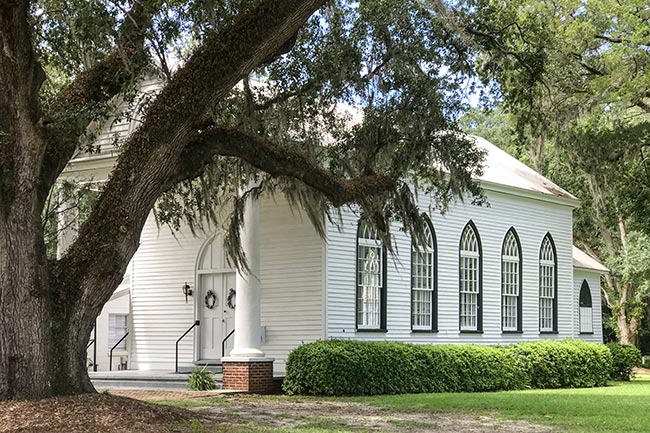 Ellen Culbertson Abramo of Nazareth, PA, 2018 © Do Not Use Without Written Consent

This antebellum church was built not for Baptists but for the Ascension Episcopal Church of Gillisonville between 1847 and 1848. In 1867 it was purchased by the members of Black Swamp Baptist, who moved it to its present site in 1871. It was renamed Robertville Baptist Church in 1934 in recognition of the Robert family, who made significant contributions to the nation. Early church member Alexander Robert Lawton, a Confederate Brigadier General, founded the American Bar Association. His nephew, General Henry Martyn Robert, became well-known for writing Robert’s Rules of Order. 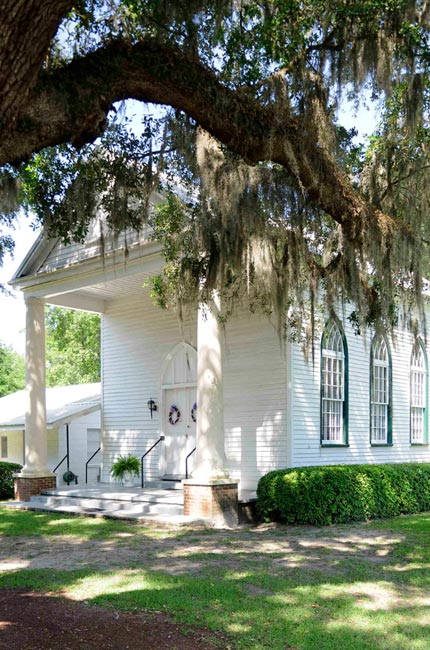 Robertville Baptist Church is listed in the National Register:

Known as the “Mother of Churches” in the area, Robertville Baptist Church, organized in 1781 by the Rev. Alexander Scott, served the areas early settlers, mostly Welsh and Huguenots. First called Black Swamp Baptist Church, the name was changed in 1934 to Robertville, honoring the Robert family, all lineal descendants of Pierre Robert, a Huguenot minister who emigrated to America after the revocation of the Edict of Nantes. The present church building, constructed ca. 1847, was formerly Ascension Episcopal Church of Gillisonville, purchased by Robertville Baptists and moved to its present location about 1867. Remaining unaltered and designed with graceful simplicity, the little church gains its charm from an unusual but successful blending of styles: the Greek Revival with Gothic Revival details. The portico is supported by only two Doric columns (without capitals) on pedestals. The double front paneled door is crowned by a lancet arch. The Gothic detail is repeated in the gable ornament above and in the windows. All interior wood is said to be original.