One of the best things about South Carolina is that every corner of the state holds an unexpected treasure. One such corner near the North Carolina border is Lancaster, home to one of the world’s most renowned metal artists. Sculptor Bob Doster has been creating and teaching from his studio and gallery, Backstreet Studios, for over 40 years. On an exterior wall of the studio is the Great Wall of China, a community outreach project that involved the artistic expressions of local children. 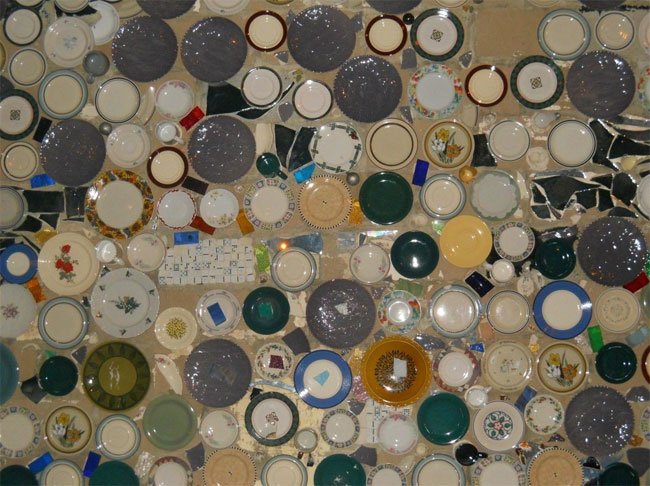 The Great Wall of China is frequently photographed and has become a point of pride in this artistic town. Bob Doster engages the talents of his neighbors by conducting numerous classes and workshops for people of all ages.

Reflections on the Great Wall of China

Contributor Cherry Doster shares her thoughts on the Great Wall of China: “The Great Wall of China at Bob Doster’s Backstreet Studios was created by neighborhood kids as a public arts outreach program. It is much-loved in the community and has become a landmark. Every weekend visitors arrive to take photographs in front of the wall. It has appeared in many publications, and when problems arose with China being broken by unknown night-time visitors, a public outcry was heard for its preservation! It is the work of many young hands, and this is the secret of its being beloved.”