This stately building in downtown Lancaster was designed by famed architect Robert Mills, who is best known as the designer of the Washington Monument in our nation’s capital. 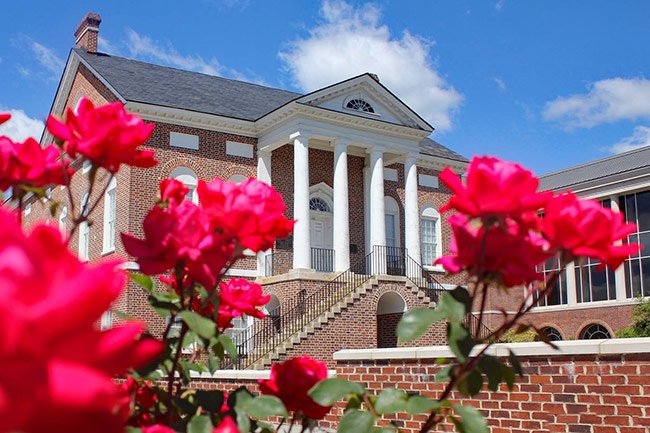 Joseph C. Hinson of Lancaster, 2017 © Do Not Use Without Written Consent

It was built in 1828 to serve as the Lancaster County Courthouse and served as such until a fire severely damaged it in 2008. The fire was determined to have been started by an arsonist. 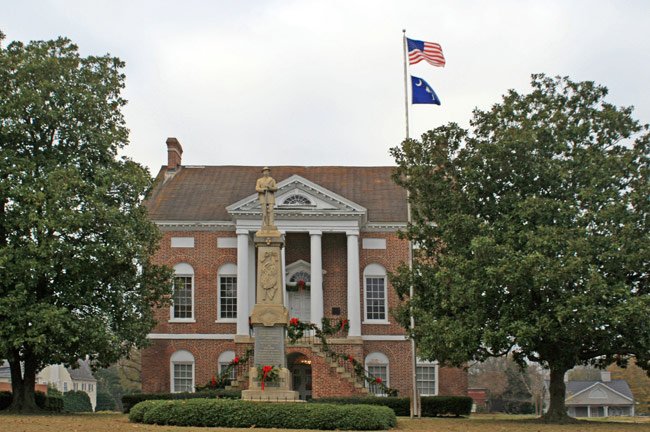 As seen in the photo below, the building has since been restored and is now used as a museum open Monday, Wednesday, and Thursday every week from 10 AM to 2 PM, admission is free. A new Lancaster County Courthouse has been constructed next door. County council still meets in the historic courthouse. 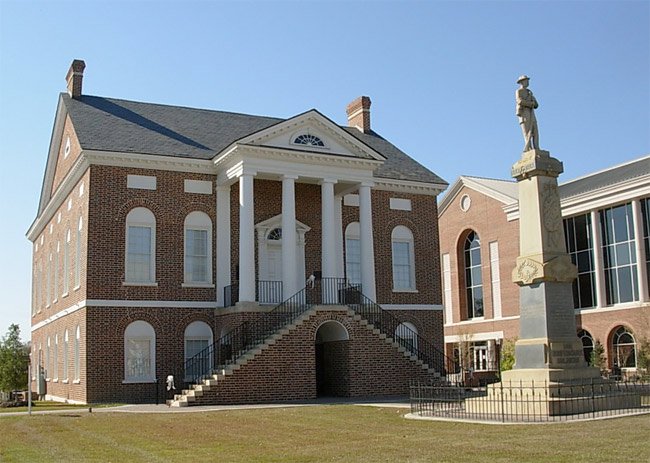 On March 23, 2009, just a few months after the devastating fire, roof frames were returned. The roof’s restoration uses timbers similar to the original design and each truss is signed by local firefighters, emergency workers, and government officials. 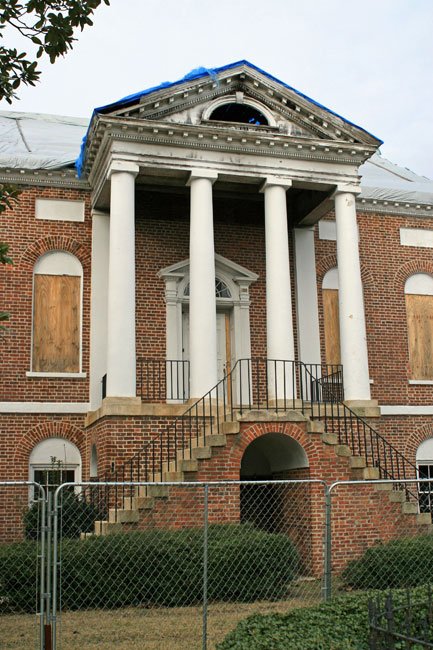 Bill Segars of Hartsville © Do Not Use Without Written Consent

Looking at a photo of the original courthouse below, the restoration process was successful in maintaining the appearance of the building from the time of its construction. 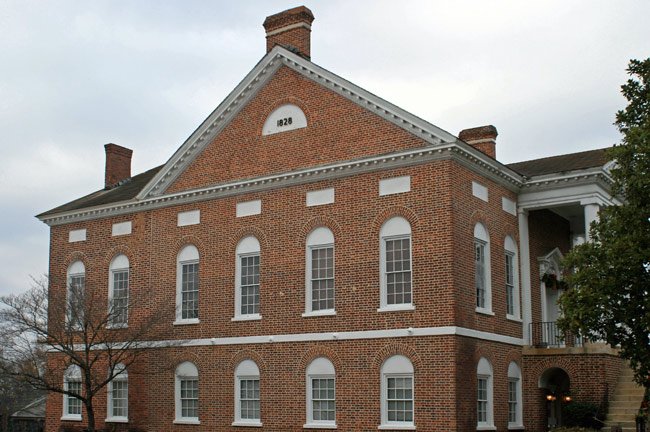 The folks at See Lancaster, a non-profit group which promotes travel and tourism in and around the Red Rose City, sent us the picture below and told us that “hearts sank on the morning of August 4, 2008 when residents of Lancaster witnessed their beloved historic county courthouse burning.”

Restoration after the Fire, See Lancaster, 2009 © Do Not Use Without Written Consent

Fire destroyed the roof and most of the interior. Worse news was to follow when they learned a teenage suspect had been arrested for arson. The courthouse, built in 1828, retained many original features and was still in use as a hall of justice when it was set ablaze.” 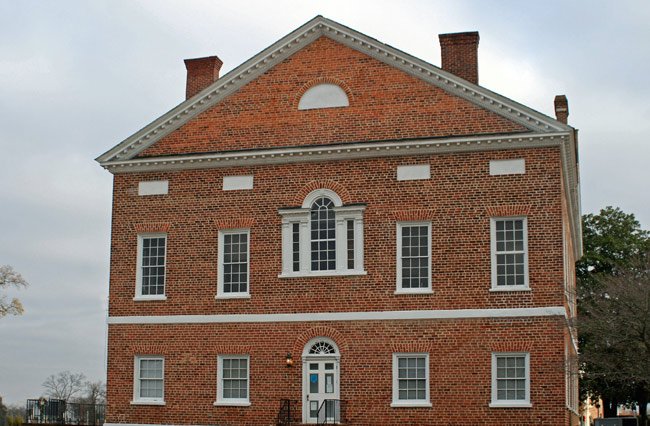 Thank you to Bill Segars for sharing photos of the courthouse before the fire.

The Lancaster County Historic Courthouse is listed in the National Historic Register:

The Lancaster County Courthouse, of probable Robert Mills design and displaying superb craftsmanship, has been in constant use as a courthouse since its ca. 1828 completion. The contractor was Willis W. Alsobrook. This two-story handmade brick building of English bond features Flemish bond framing the windows. A Venetian window is behind the judge’s seat, and chimney placement, doors, and windows set within recessed arches are in the English Palladian manner. The entablature with cornice modillions, the portico pediment and the stucco over brick modified Tuscan columns are of the Roman Revival, or Classical Revival, tradition. Other features include the double flight of steps with arched opening below, iron handrails and banisters, and semi-circular and semi-elliptical fanlights. The first floor walls are solid brick 24 inches thick, the second floor walls are 18 inches thick. A series of double barrel brick vaults supports the second floor and forms the ceiling of the first. The floors were brick but covered with wood in 1892. A ground floor room still retains an original fireplace. The Courthouse square contains an historical marker and Confederate and World War II memorials. As a National Historic Landmark, the Lancaster County Courthouse is considered to “possess exceptional value or quality in illustrating and interpreting the heritage of the United States.”

Contributor Perry Clanton, who took the below photo, shares: ” This is the old Robert Mills courthouse that served as an active courthouse until an arsonist caused extensive damage to it. This building was built with heavy timber – large wood members internally – that was able to partially able to survive the fire. Counting the rings of the wood, we estimated that the trees used to build that building started growing around the birth of our county. The courthouse now serves as a museum of sorts, and is a beautiful building to take pictures around – a prom favorite.” 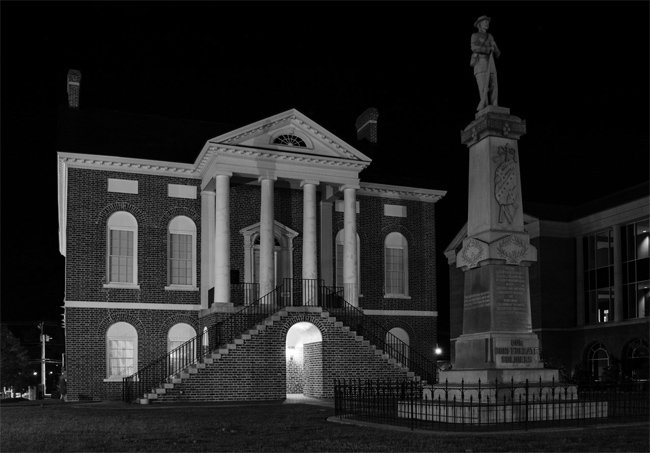 Perry A. Clanton of Lancaster, 2015 © Do Not Use Without Written Consent