Located in Laurens County, Waterloo is a small but incorporated town – meaning it is an independent municipality. This independence is impressive for such a small community, especially considering the town had only 166 residents at the time of the 2010 census. Waterloo was chartered in 1855. It served as a stop along the Port Royal & Western Carolina Railway, and its population peaked in 1890 with 291 residents. Today, US 221 (Greenwood Highway) runs through Waterloo, which is located south of the City of Laurens. 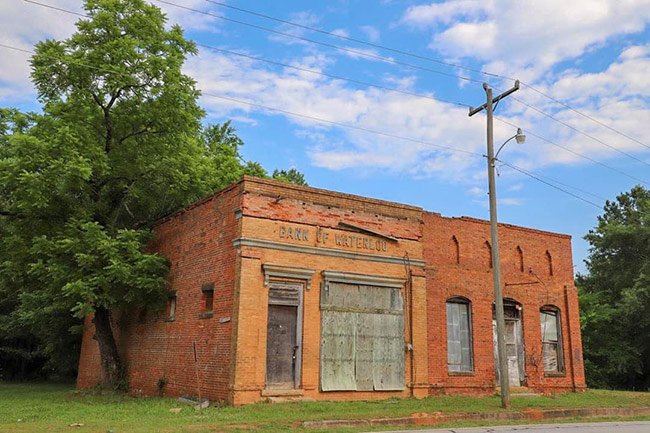 The Historical and Architectural Survey of Western Laurens County, South Carolina provides the best source of information about Waterloo’s past, especially in regards to its architecture (see pages 49-53). 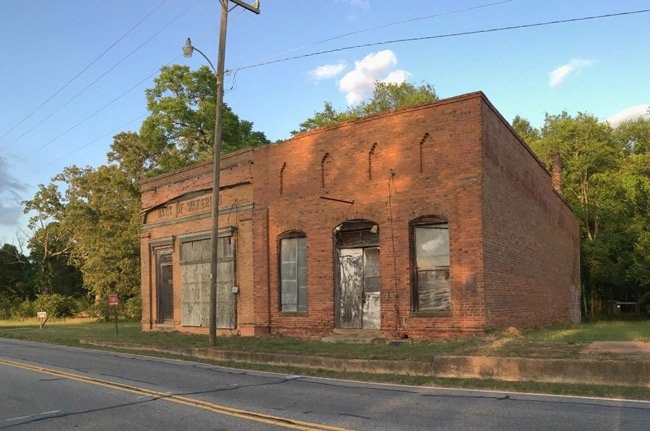 Regarding the Bank of Waterloo, pictured above and below, it notes the following:

J.C. Smith opened the Bank of Waterloo on Main Street in 1913. The frame building has a brick exterior and occupies the northernmost section of the three-part commercial block. The main façade is framed with large brick pilasters that are topped with a simple entablature. The main door has a simple transom and is offset with a store window located to the right. The door and window are topped with a simple entablature supported by small brackets. This same decoration is seen in the gutter just below the roofline. 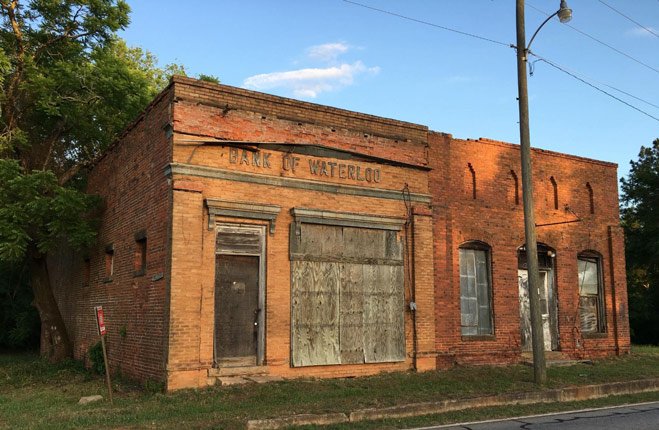 The survey goes on to say:

The bank remained in operation under the direction of E.V. Golding through the agricultural depression that gripped the south in 1921, but was forced to close its doors in 1931 after the Great Depression made it impossible for Golding to continue. Today the building stands empty with “Bank of Waterloo” still legible on the main façade.” 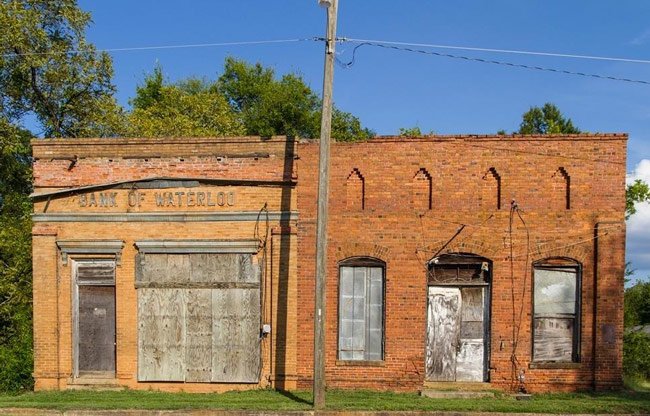 Other commercial enterprises sprung up in Waterloo around the turn of the century, including the cotton gin seen below and several seed oil mills. Cotton growth was both prolific and profitable in upper South Carolina, and both farmers and entrepreneurs employed equipment to take full advantage of the crop. 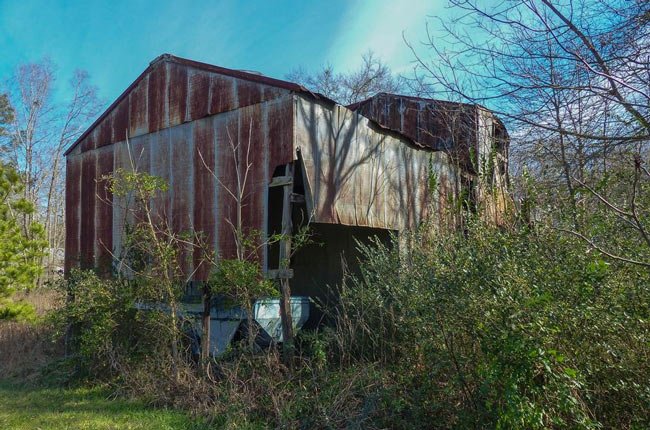 Unfortunately, like many other small towns in South Carolina, once Interstate 26 was completed in 1961, travelers no longer passed through Waterloo, and most commerce withered as a result. The closing of textile mills due to cheaper foreign labor also contributed to the economic demise of these communities. Yet the shells of former industry remain, along with a small population of people who remember life in more prosperous times. 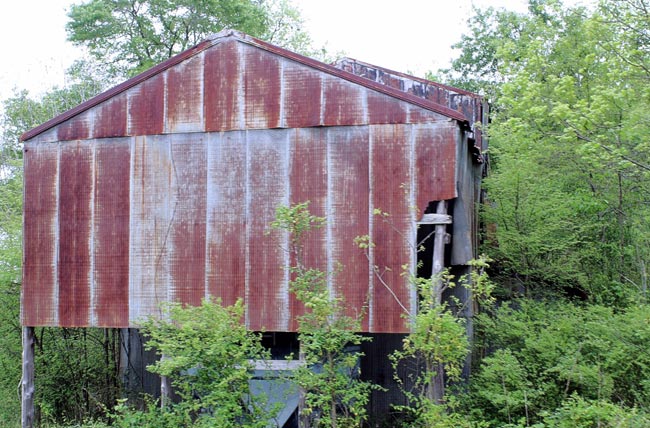 Photographer James P. Karner writes of his image below, “A still-working light pole sets up a beautiful scene for the old and forgotten Bank of Waterloo. [This picture was] shot at night only using light from pole and red tail lights of passing cars.” 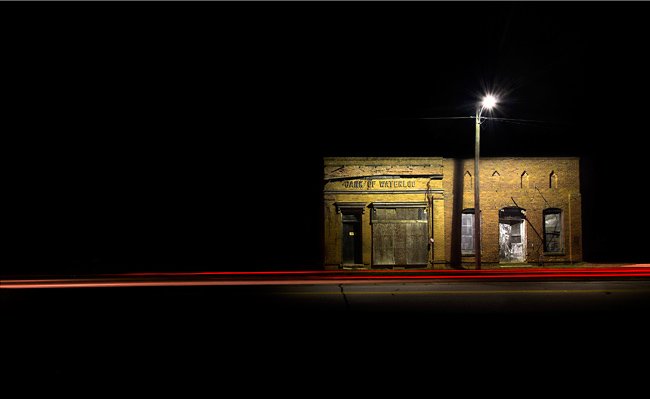 James P. Karner of Rock Hill © Do Not Use Without Written Consent