Clinton, a small town located in Laurens County, was one of around 25 stops along the 75-mile-long route from the Upstate to the Midlands. The Clinton Depot was built here in 1908 and served passengers along the Columbia, Newberry, and Laurens Railroad, which was established in 1885 following the merger of the Laurens Railroad and the Greenville and Columbia Railroad. 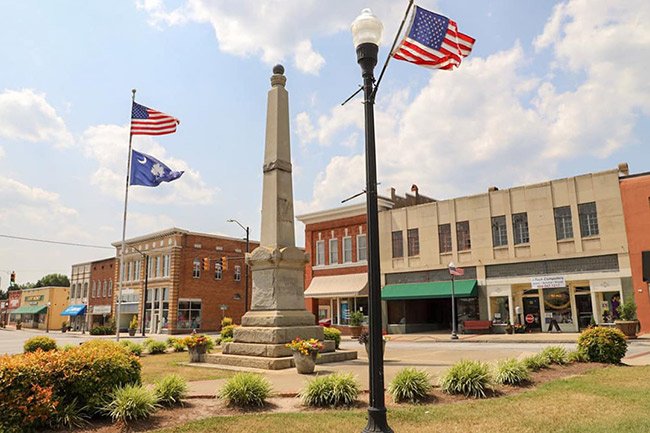 The railroad was also called the Dutch Fork Line. The line was purchased by Atlantic Coast Line Railroad in 1924, though the company kept the original name until 1984. That year, the rail line was bought by CSX Railroad. This replica brick archway is a reminder of the Clinton Depot. 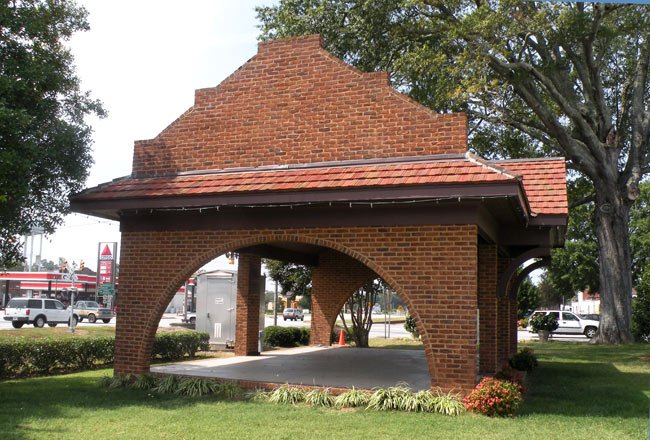 Though the original depot no longer welcomes rail travelers, this shelter graces the town square of Clinton as a reminder of its bustling railroad days. Clinton is also notable for being the home of the Presbyterian College. 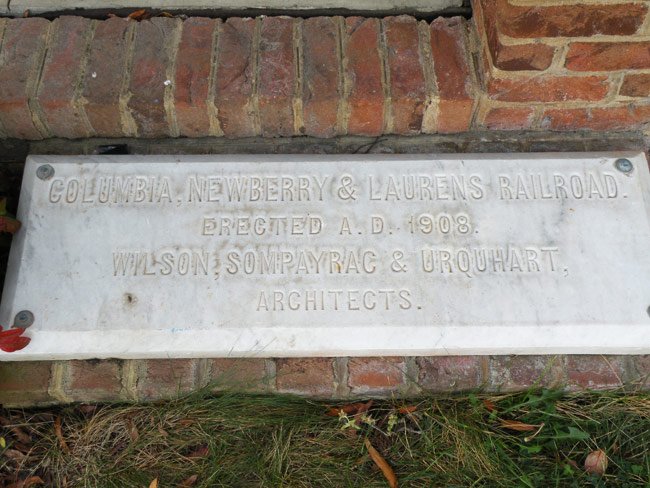