Horseshoe Falls may be one of South Carolina’s most intriguing landmarks, not only because of its beauty but also because its name. Back in the 1700s, it was known as Gordon’s Mill Falls, after an early owner, George Gordon. Today it is named in honor of one of our state’s most intriguing characters – James “Horseshoe” Robertson. 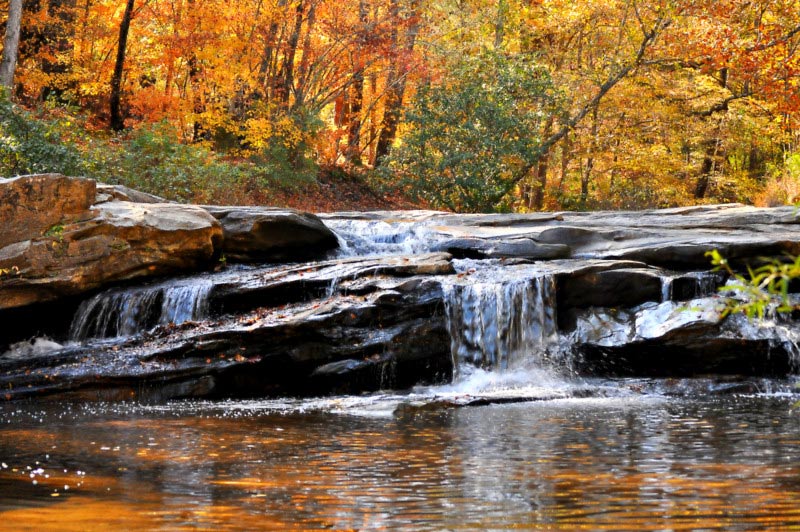 Sarah J. Brown of Fountain Inn, 2011 © Do Not Use Without Written Consent

The SC Department of Parks, Recreation and Tourism says that in 1780, Edward Musgrove – who once owned these lands – allowed British Loyalists to use his property for their hospital during the Revolutionary War. However, Musgrove’s daughter Mary helped a Patriot soldier hide from the British troops in a small cave near these falls. 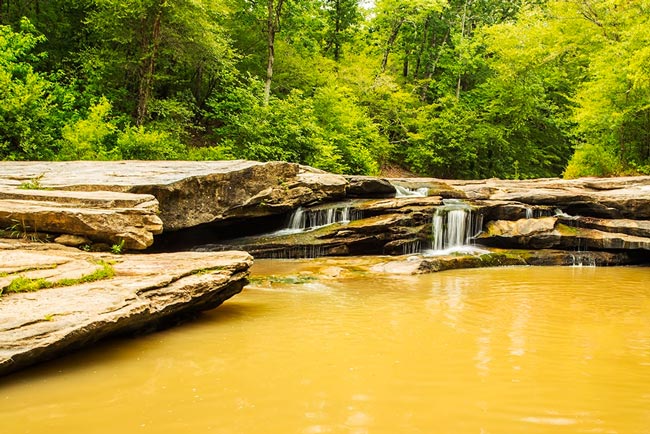 Folklore holds that the soldier was called “Horseshoe” because he was a blacksmith, and the information he gathered about the British during his time in the cave helped the Patriots plan an attack. These cascades were eventually named in his honor.

To reach the Musgrove Mill State Historic Site, travel I-26 westbound until you reach exit 52 to SC 56 Cross Anchor/Clinton. Turn right onto Highway 56 and drive north for six miles. The park entrance will be on your left.

Photographer Sarah J. Brown says that Horseshoe Falls is “a nice surprise after a beautiful short hike. These several small cascades were worth the drive on a Sunday afternoon.”

Leonard Vaughan says, “Horseshoe Falls (aka Gordons Mill Falls) are located on Cedar Shoals Creek just above where it meets the Enoree River. The falls are part of the Musgrove Mill Historic Site along the border of Laurens and Spartanburg counties. The falls are nearly 10 feet high, which is unusual to be found in the Piedmont region. Legend has it that an American Revolutionary soldier and his horse hid from British soldiers in the cavern to the left of the waterfall.”