May of 2012 marked a new day in South Carolina race relations when the notorious Redneck Shop in downtown Laurens was shut down by the building’s new owner. In 1996 John Howard opened the shop in the former Echo Theater – built in 1910 – and received far-reaching publicity for carrying items relating to the Ku Klux Klan as well as Confederate flag memorabilia. Howard, an unabashed member of the Klan and former Klan leader, also offered his business as a meeting place for white supremacist groups and housed a Klan museum in the back of his shop. However, an interesting turn of events placed the building with flagrantly racist ties into the hands of an African-American pastor, making headlines across the nation. 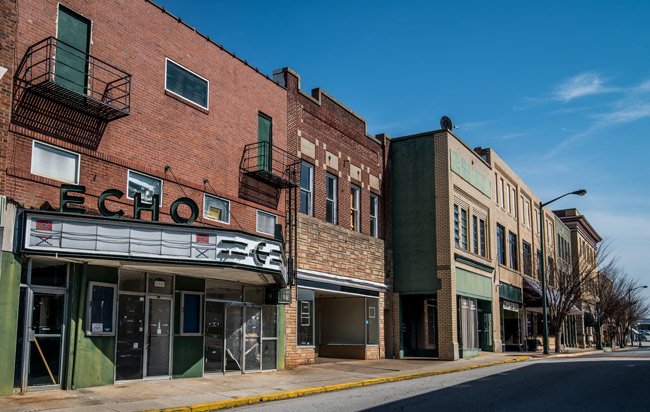 Peter Krenn of Rock Hill, 2014 © Do Not Use Without Written Consent

A year after the shop opened, a young protege of John Howard and fellow Klan leader named Michael Burden was somehow granted the deed to the building by his mentor, though why Howard relinquished the deed remains unclear. Howard still ran the shop, as the deed contained a clause allowing him to operate his business there until his death. Yet a later falling out between the two men led Howard to evict Burden and his then-wife from the shop, where they had been living in the basement. The scene was reportedly full of drama, including the presence of policemen and onlookers. One witness to the scene was Pastor David Kennedy of local New Beginnings Baptist Church, an African-American man who aided the Burdens in their time of distress. The experience gave Michael Burden a temporary change of heart, and he joined Kennedy’s church and sold the deed to Pastor Kennedy for $1,000 on April 27, 1997. 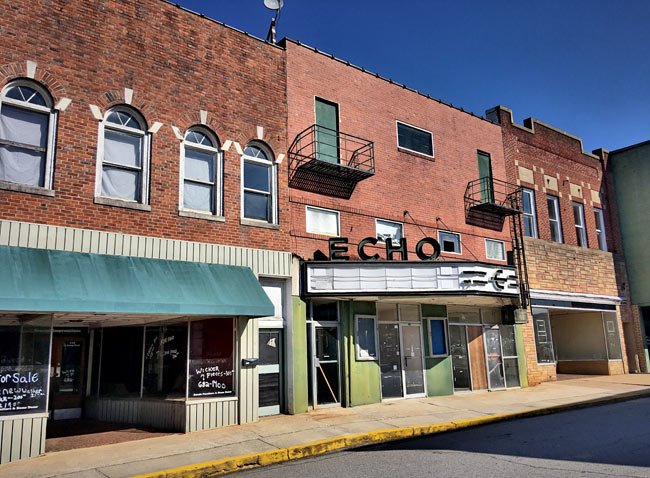 Soon afterwards, Burden resumed his relationship with Howard. Kennedy was left to sue in order to retain ownership of the building, as Howard claimed to have sold it to different owners. The lawsuit over the building lasted from 2008 until 2012, when Kennedy was awarded full ownership of it by a circuit judge. The Redneck Shop closed for good in May of 2012, and plans for the former Echo Theater and Redneck Shop have yet to be disclosed, though a youth center and cultural center have both been explored, as well as a new church building for New Beginnings. 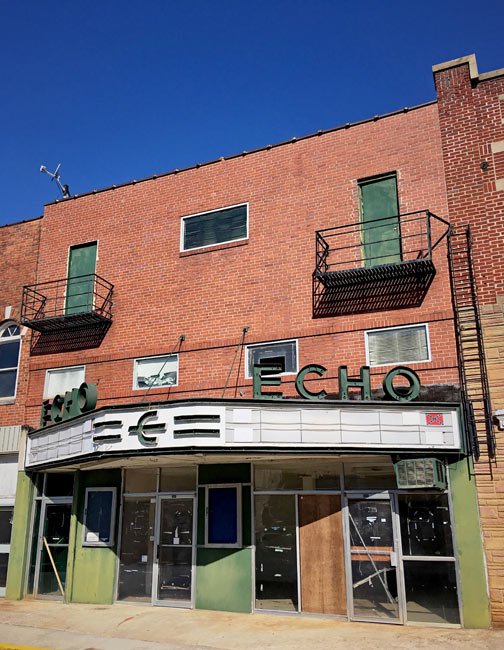 The Echo Theater is listed in the National Register as part of the Laurens Historic District:

Plan Your Trip: The Redneck Shop