When Dr. William Plumer Jacobs finished Columbia Theological Seminary and moved to Clinton to lead the town’s First Presbyterian Church, he brought with him the dream of starting a home for children orphaned during the Civil War. Legend has it that a boy in the community gave Dr. Jacobs fifty cents towards the building of the orphanage, which motivated him to realize his vision. The orphanage, called Home of Peace, opened to ten children on October 1, 1875. 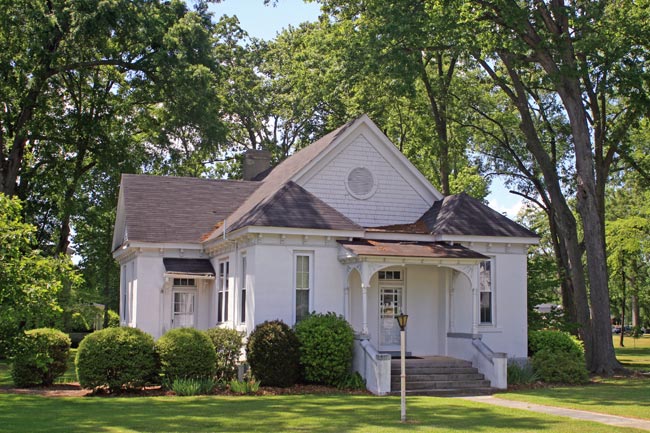 Shortly after forming the Home of Peace, Dr. Jacobs changed the name of the orphanage to Thornwell Orphanage to honor theologian Dr. James Henley Thornwell. In 1880 Dr. Jacobs established neighboring Clinton College – now Presbyterian College – to further educate the children from Thornwell once they became young adults. The Children’s Gift Academy, seen here, was built in 1895 and was the Thornwell campus’s first school building. Also called the “Little White House,” the cottage currently is used for family and child services as well as housing for off-duty staff. 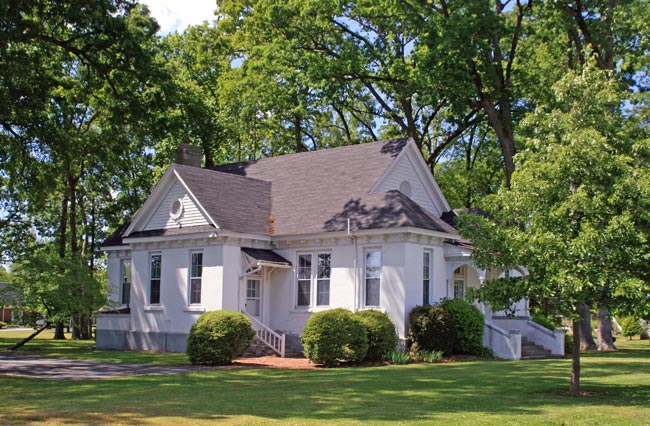 Today the Thornwell Home for Children is a non-profit organization supported by the Presbyterian Church (USA). The home provides care for children in difficult family situations, ranging from toddlers to young adults. The campus spans 35 acres and includes a working farm and 13 residential cottages.

Thornwell Home for Children is listed in the National Register as part of the Thornwell-Presbyterian College Historic District, which adds the following:

The Thornwell-Presbyterian College Historic District comprises the historic cores of Presbyterian College and the Thornwell Home and School for Children, together with the adjacent residential streets. There are a total of fifty-two buildings and structures within the district. Although the oldest building in the district dates from ca. 1850, the majority of the buildings were constructed in the late nineteenth or early twentieth century, with the emergence of the college and the orphanage. Presbyterian College is unified around the central mall, according to the campus plan drawn in 1912 by the New York City landscape engineer Charles W. Leavitt, Jr. This plan has governed the development of the college; the newer, non-historic buildings on campus are thus rendered more compatible with the old. Noted Columbia architect Charles Coker Wilson designed Neville Hall, a campus building.

Most of the Presbyterian College buildings are of the Georgian Revival style and are built of brick. Other styles represented in the district include Italianate, Romanesque Revival, Colonial Revival, Neo-Classical, Queen Anne, and Bungalow. The Thornwell campus is unified by consistency of materials and by scale; stone construction is used throughout the informal campus. The college and the children’s home are historically connected through Dr. William Jacobs, who was responsible for the founding of both institutions. Listed in the National Register March 5, 1982.