Many of the earliest congregations in present-day Lee County were Presbyterian thanks to the influence of Scots-Irish settlers in neighboring Williamsburg County. Yet, the Baptists were not far behind in establishing churches. While Piedmont Baptist Church (no longer extant) was the first Baptist church organized in the area in 1810, it was closely followed by other congregations such as Bethany Baptist Church, shown here. 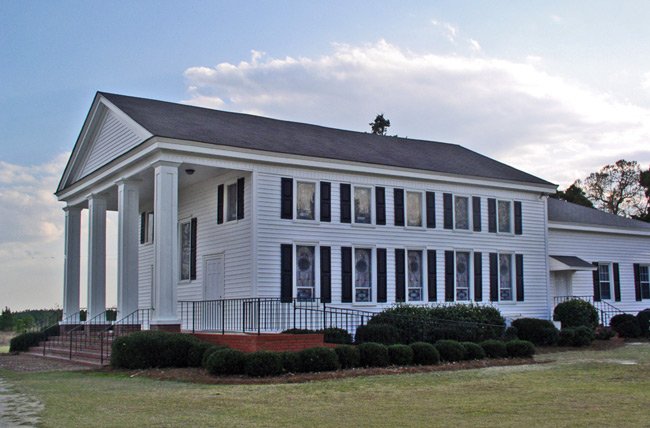 Bethany Baptist was formed in 1828. This house of worship was built for the congregation in 1860. Renovations to the historic church were made throughout the twentieth century, in 1952, 1973, and again in 1988. Though the exterior of the Greek Revival church is now covered in vinyl, its appearance remains essentially as it did in 1960. The church’s historic graveyard rests behind the sanctuary. 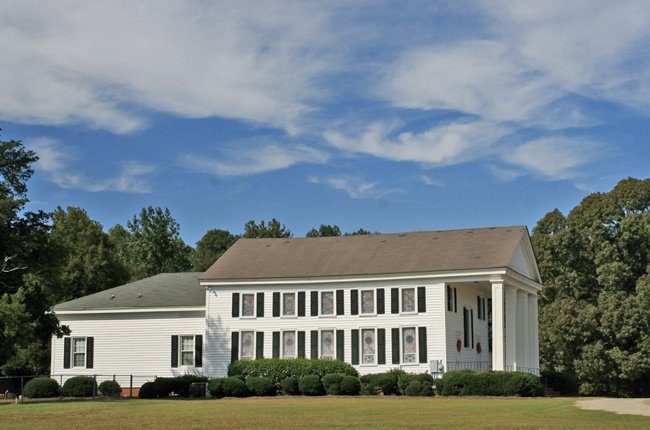 We would like to make this page better. Do you have knowledge or stories about Bethany Baptist Church that you can share? If so, please send it to the South Carolina Picture Project. Thank you!