Like many South Carolina state parks, Lee State Park in Bishopville was built in the 1930s as project of the Civilian Conservation Corps. The park stretches across nearly 3,000 acres and sits along the scenic Lynches River. Construction on the park began around 1935 and continued for the following four years. Among the CCC’s first projects within the park were the building of picnic shelters and creating Loop Road, the park’s main thoroughfare. 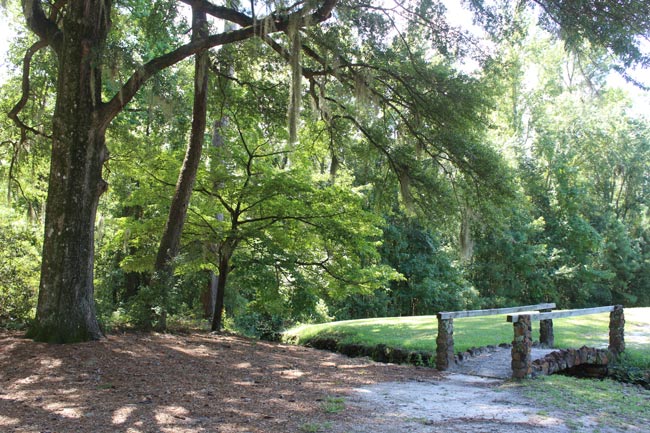 Between 1935 and 1937, three cabins similar to the one seen below were added to the site. The below cabin was the fourth one erected in the park, in 1939, and called Cabin #4. Today, it is the only remaining cabin within the park and is located near the primitive campsites. The cabin is not available for overnight stays; however, there are 25 standard campsites and 23 equestrian campsites at Lee State Park. Horse lovers can also enjoy an equestrian center complete with stables and seven miles of equestrian trails. 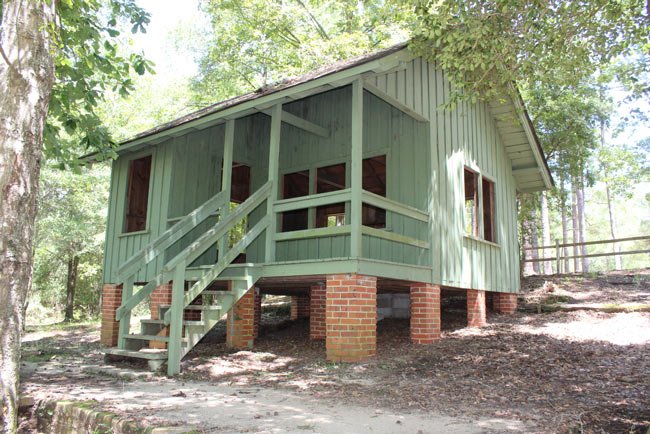 Visitors can spend the day at Lee State Park kayaking and canoeing, and designated fishing and swimming areas provide enjoyment of the park’s Artesian Lake. The lake is named for the artesian wells created by the CCC workers. The park’s first superintendent, W.C. Lee, taught the CCC men how to drill the wells; today two such wells, including the one seen below, flow in the park 24 hours a day, seven days a week. 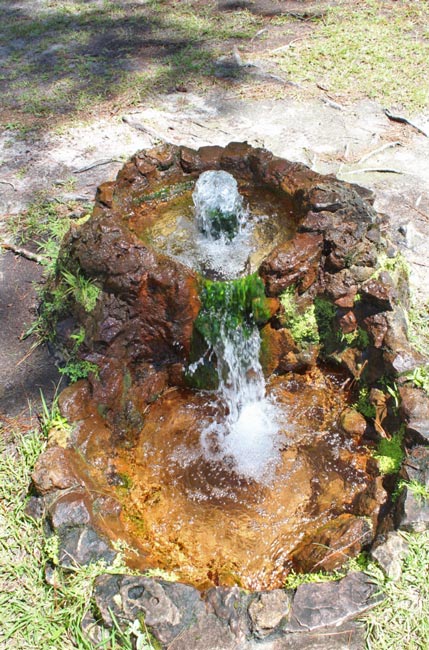 Camping is available to all visitors year round, and water and electrical hook-up are provided. The park is home to 119 bird species, and the park’s bird guide can help visitors identify the many feathered friends who inhabit the area. Walking trails, including the boardwalk seen below, allow people to explore the natural communities that comprise Lee State Park. 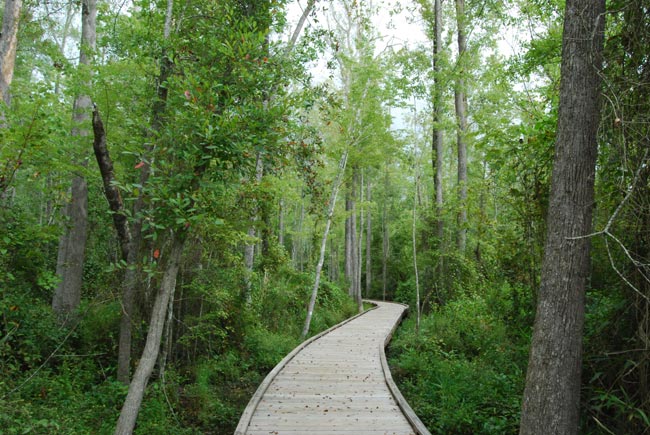 Laura Kirk of Bishopville, 2008 © Do Not Use Without Written Consent

Contributor Laura Kirk shares, “Lee State Park’s wetland boardwalk was built in 2007. I remember a storm getting ready to come into the park, dark skies and rumbles of thunder in the distance. The dark skies created a beautiful backdrop, highlighting the bright green color of the gum tree leaves.”