Please note: Bomb Island is famous for its roosting purple martins, but the birds do not always arrive. Some years, like in 2014, their migration patterns differ. This is natural and not a sign of decline or danger.

Bomb Island, 12-acres of land in the middle of Lake Murray, is formally known as Doolittle Island. It was named for General James Harold Doolittle, commander of the Doolittle Raid, the first United States air raid on the Japanese Home Islands during World War II. Much of the raid’s development was planned in Columbia, and B-25 pilots often practiced their runs on Doolittle Island, giving it its nickname. 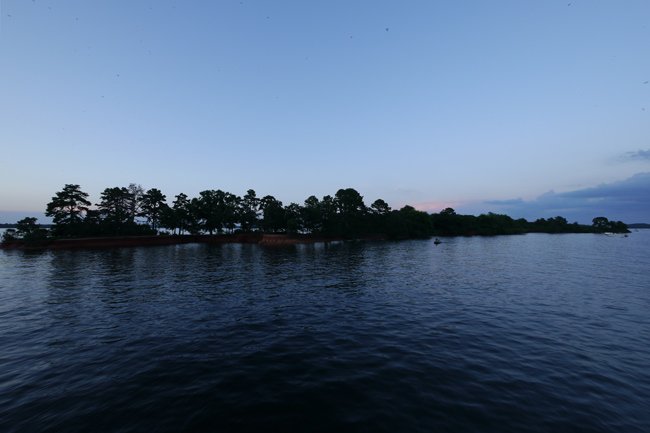 The island is now full of life. It is North America’s first purple martin sanctuary as well as its largest roosting site. Every summer more than 750,000 of these birds return to the island after a busy day of foraging. Guided boat tours take visitors to see this wondrous sight each evening during summer, and they are greeted by dozens of local private boaters as well. No one is allowed on the island until the birds leave for their winter migration to South America. If you look closely at the photo above, you can see the birds returning to their sanctuary at dusk. 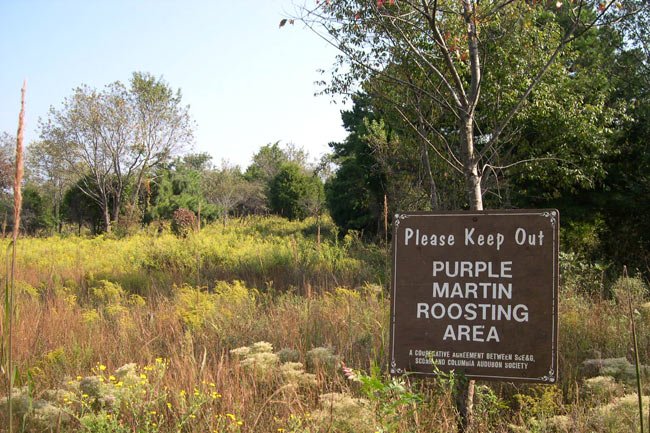 John Nelson of Columbia, 2014 © Do Not Use Without Written Consent

Contributor I.C. Go talks about capturing the above photo: “”I was on a purple martin night cruise and used an ultra wide angle lens to capture the whole island.”

Contributor John Nelson shares his experience visiting Bomb Island during autumn: “At this time of year, the martins are not on the island. All I saw on it was a small herd of goats.”

Adam Tompson ventured to Bomb Island in search of a different species: “I have heard stories of goats on Bomb Island, so I went to check it out and walked the whole island and didn’t see a single goat. So I asked DNR if the stories were true, they said that there are no goats on bomb island but on Goat Island there are a few goats.”