St. Stephen’s Lutheran Church in Lexington dates to 1830, the same year the Reverend Richard Bachman founded the Lutheran Theological Southern Seminary in Pomaria. In a letter to the Lutheran synod, the Reverend Bachman describes the original sanctuary as being 40 feet by 50 feet and suitable for a large congregation. It was dedicated in October 1831. 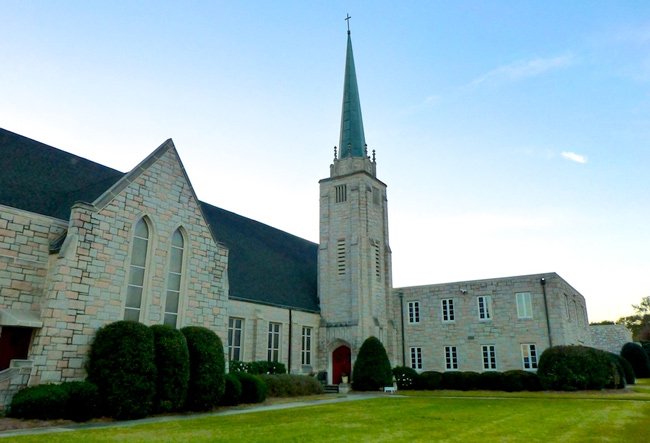 In 1834 the seminary moved from Pomaria to Lexington, where it was housed in Corley Hall Plantation. Laurance Charles Corley, a veteran of the American Revolution under Captain Gabriel Friday, owned a plantation of over 1,700 acres which comprised much of modern Lexington. His second wife, Barbara, better known as Granny Corley, donated the land for St. Stephen’s and its original churchyard after Laurance died. She also deeded two acres to the state for a county seat. 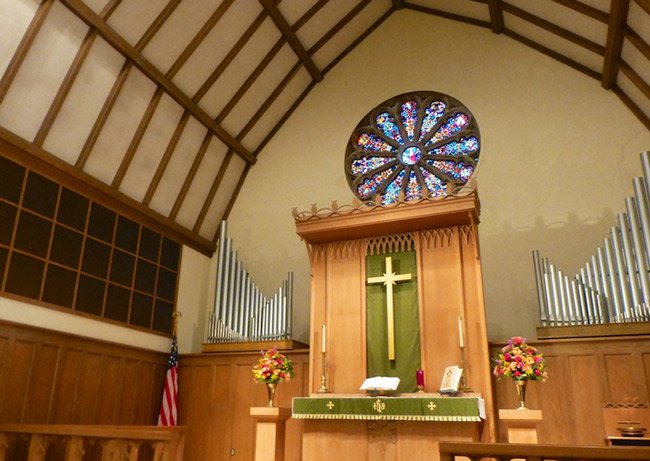 Barbara and Laurance’s son, Emmanuel, who served as an executor of his father’s estate, received 102 acres of the original plantation and built Corley Hall in 1819 with his wife, Catherine. In 1938, four years after Emanuel’s passing, Catherine donated Corley Hall and its surrounding acreage to the seminary. Students likely attended church at St. Stephen’s – at the time a simple building, though it did boast an upstairs gallery. St. Stephen’s Lutheran Church was the first church established in what was then Lexington Court House.

The first St. Stephen’s Lutheran Church was razed during Sherman’s 1865 raid. In 1870 the church was rebuilt on the same site as the first church. Sadly in 1897, it too caught fire, along with other nearby buildings. At the time, a new church was being built across the street. While the congregation was fortunate to have begun construction, the third church was nowhere near completion. St. Stephen’s members did not begin worshiping in their new sanctuary – a stone building – until 1900. The third church was replaced with the present edifice, also of stone, in 1957.

After the Civil War, the seminary bounced around South Carolina and even stayed a stint in Virginia before finding its permanent home in Columbia in 1911. The Lutheran Theological Southern Seminary is now part of Lenoir-Rhyne University.