Dorn Mill in McCormick was built as a cottonseed mill in 1898 and converted into a flour and gristmill in the 1920s. It operated continuously until the 1940s. After the invention of the cotton gin in 1793, “King Cotton” became increasingly important to the economy of the South. The spread of railroads enabled farmers to reach wider markets and the textile industry thrived. Cottonseed was a by-product of the ginning process and used primarily for animal feed. 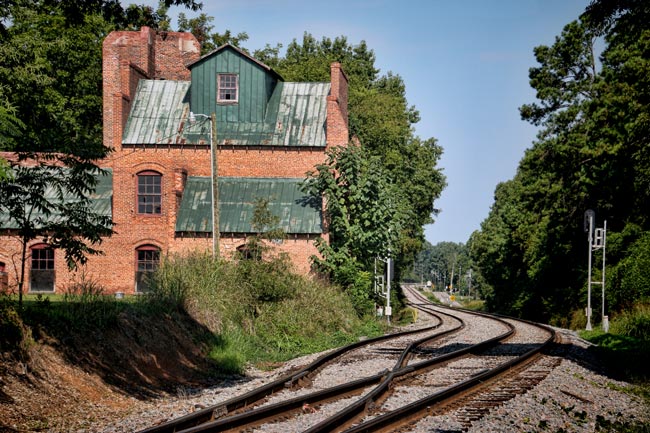 When the boll weevil caused the rapid decline of cotton in the 1920s, Dorn Mill retooled with modern steam engines and boilers and converted to a mill that processed wheat and other grains. Primary products were ground corn meal for sale in local stores, chicken and animal feed, and flour for local farmers’ home use. 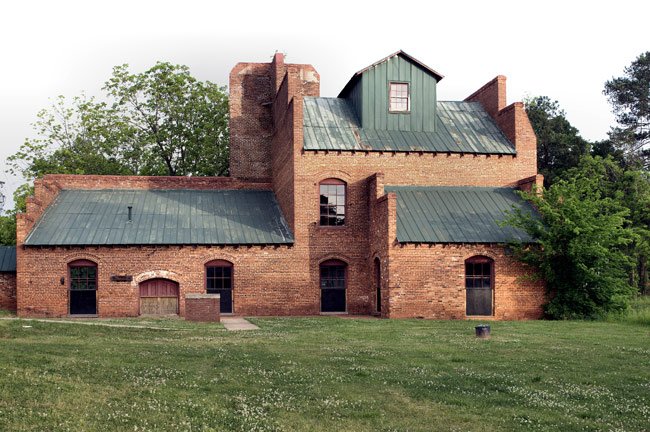 The boilers were powered by sawdust and wood chips from a nearby lumber yard that was also owned by the Dorn family. Only two people were needed to run the mill. One person fired the boilers and operated the machinery and the second person waited on customers. 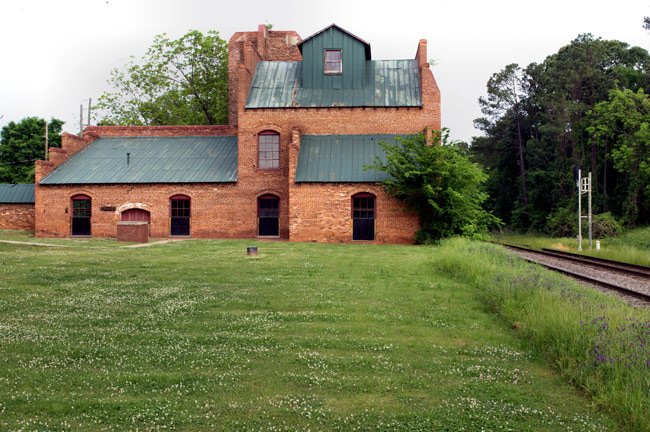 The Dorn Mill site is listed in the National Register:

Dorn’s Flour and Grist Mills is a two-and-a-half story red brick structure with projecting one-story wings. Constructed ca. 1898 as a cotton gin, the mill is an outstanding example of rural industrial architecture. The dominant feature of the exterior is a three-story brick wall of cross-shaped plan which was built in 1915 to support a water tower tank. The interior of the mill is its most salient feature. The extant steam engines and boilers date from the period when the building was used as a cotton gin, but the grist mill equipment dates from the 1920s.

At one time many small towns throughout rural America utilized the services of mills similar to Dorn’s Mill. With the development of a more complex mill technology, many of these mills disappeared. Dorn’s Mill is significant as one of only a few such mills still standing—its steam engines, boilers, and most of its machinery still intact. In 1917, the property was conveyed to M.G. Dorn, J.S. Dorn, and Preston Findley who formed the Dorn-Findley Corporation. Its general purpose was to run an oil mill, cotton gin and grist mill. In the mid-1920s the Dorns hired a mill wright to put in the present corn and wheat machinery as well as a hammer mill. The mill operated throughout the years and ground commercial corn meal for sale in local and country stores, flour from wheat for local farmers (not for commercial sale) and chicken and animal feed. The mill closed in the 1940s.