The Long Cane Massacre (also referred to as the Long Canes Massacre) took place in the Long Canes area of Abbeville in 1760. Scots-Irish settlers established a community near Long Cane Creek in the early 1750s where the height of the canes indicated fertile soil. Cherokee Indians also considered this land their territory, and legally it belonged to them. The Cherokee were incensed over the new Scots-Irish settlement, and tensions over land escalated. 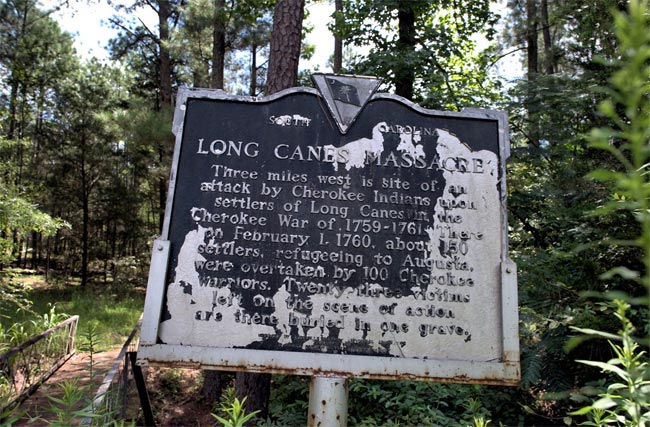 On February 1, 1760, the settlement decided to move on to Fort Moore near Augusta, Georgia, as there had been a rash of local Cherokee attacks over land disputes. As the wagons caravanned from the Long Cane settlement, the Cherokee ambushed the party. The wagons became stuck in the boggy soil, and the Cherokee were able to kill dozens of settlers, capture fourteen others, and scalp nine children who miraculously survived. The mangled bodies of twenty-three victims were buried together in one grave, among them Catherine Calhoun, grandmother of John C. Calhoun. Calhoun’s father, Patrick, erected this gravestone in honor of his mother and the other settlers who were killed and buried here. 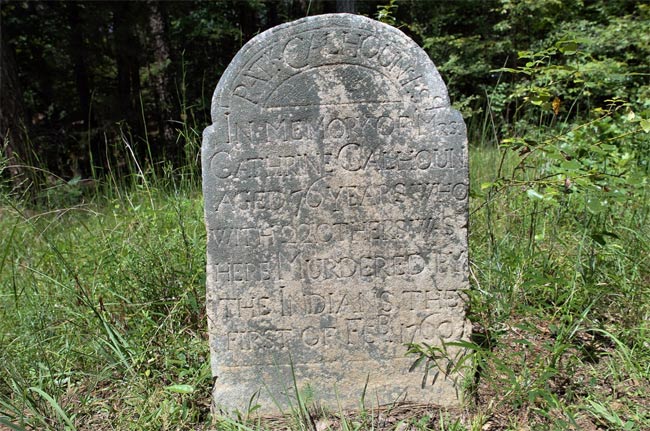 A peace treaty was forged in 1761 between the settlers and the Cherokee, which included a 40-mile boundary line that currently runs between Abbeville and Anderson counties. A metal foot bridge built in 1945 crosses a stream near the site. 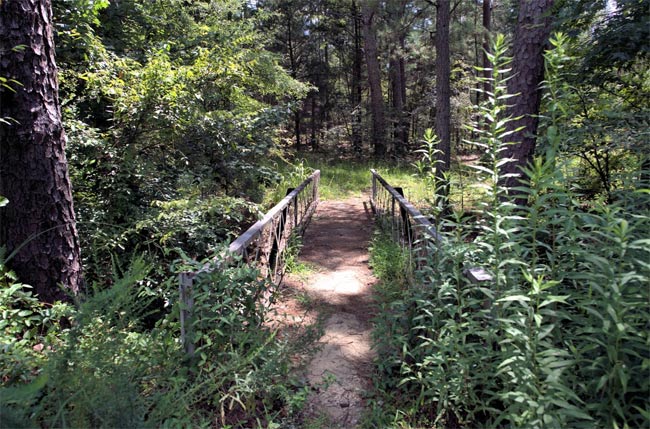 Though the Calhouns are the more famous massacre victims, others were killed there as well. A newer grave stone commemorates the Norris family. 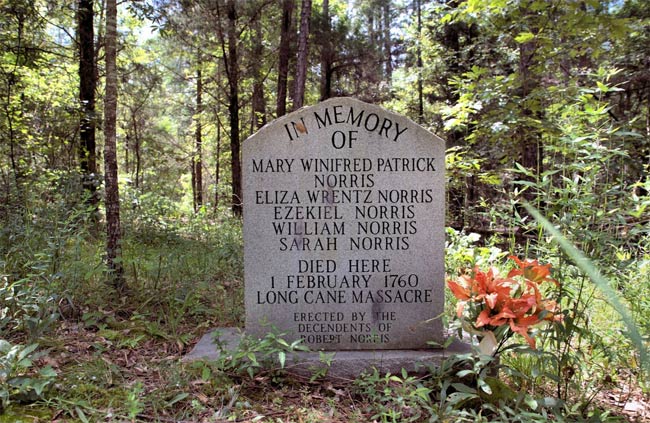 The Long Cane Massacre site is listed in the National Register:

The Long Cane Massacre Site is significant to the history of exploration and settlement in South Carolina and for its association with the Cherokee War of 1760-61 and the Calhoun settlement of Long Cane. The property includes the gravestone which marks the place where twenty-three of the Long Cane settlers were killed in a bloody massacre by the Cherokee Indians on February 1, 1760.

Among those killed was Catherine Calhoun, matriarch of the Calhoun family, who figured prominently in the settlement of upcountry South Carolina. Long Cane Massacre can be attributed in part to a boundary dispute between the Cherokee Indians and white settlers over a parcel of land lying between Long Cane Creek and Little River. The site is located in a secluded area, contributing to the preservation of the site’s historic integrity. A small metal footbridge, built circa 1945, spans a small stream near the gravestone. 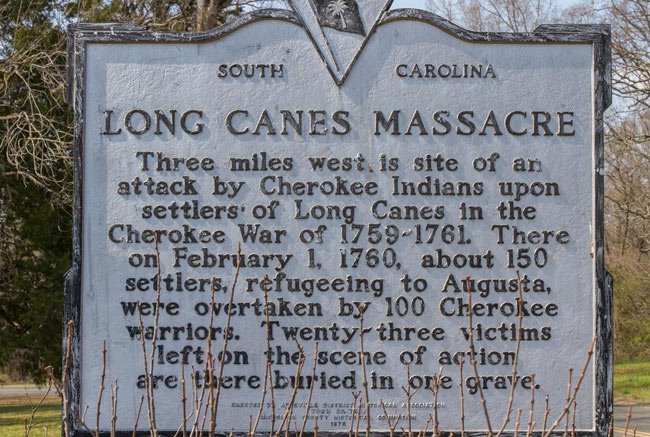