Strom Thurmond Lake, also known as both Thurmond Lake and Lake Thurmond, is a large reservoir located in McCormick County and Abbeville County. It runs along the South Carolina-Georgia border and offers numerous recreational opportunities. Believe it or not, nearly 1,200 miles of shoreline surround Thurmond Lake – that is about the distance from South Carolina to Maine. Included in this mileage are the lake’s many islands and inlets, making for seemingly endless places to explore by boat.

The lake was created by the US Army Corps of Engineers in 1954 as a result of the construction of Strom Thurmond Dam at the confluence of the Little and Savannah Rivers. It is one of three man-made lakes – together with Lake Hartwell and Lake Russell – that provide a stretch of wildlife habitat nearly 120 miles long.

Originally built for the purposes of flood risk management, hydroelectric power, and navigation, authorized uses of the lake now include water supply, fish and wildlife management, and recreation. At 71,100 acres, it is the second largest man-made lake east of the Mississippi River. The lake and surrounding property include a Visitor Center, seen below, as well scenic picnic areas. It’s also among the 10 most visited Corp lakes in the nation!

Naturally, Georgia residents were quite upset that the shared lake had been renamed for a South Carolina governor, so the next year they petitioned to have the lake renamed “Clarks Hill” once again. The bill was not passed, but in 1989 Georgia passed a law making Clarks Hill Lake the official state name for the lake. Even today, many South Carolinians use the original name when referring to the lake.

In order to commemorate the dam’s first 50 years of operations, fifty trees were planted on the grounds by the lake in 2004, and a time capsule was was filled with current items to be opened in 2054. A stone marker featuring a plaque sits on the time capsule, pictured below. 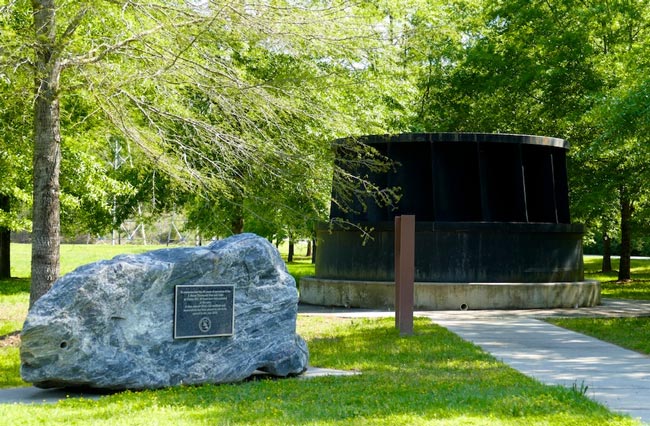 Also seen behind the time capsule in the above photo is one of the dam’s seven original turbines. Now on dry land, the turbine stands seven feet in height, measures 15 feet in diameter, and weighs 59 tons. The turbines were replaced in the early 2000s with new stainless steel auto-venting turbines that weigh about 30 tons less than the originals. 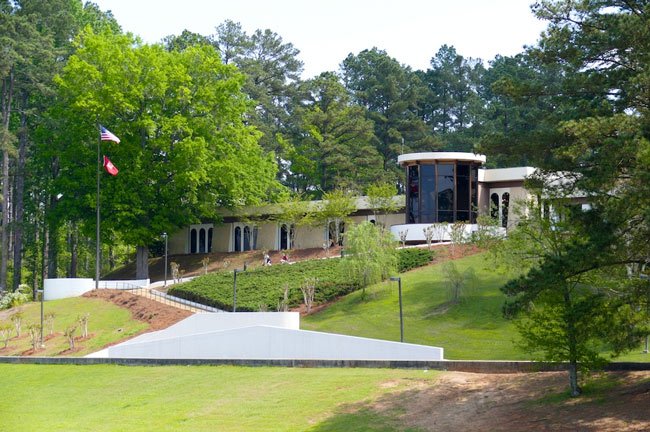