The Broad River begins in the Blue Ridge Mountains of North Carolina, enters South Carolina in Cherokee County, and continues through the state until it merges with the Saluda River in Richland County to form the Congaree River. The Three Rivers Greenway in Columbia is the perfect spot to see these rivers come together. 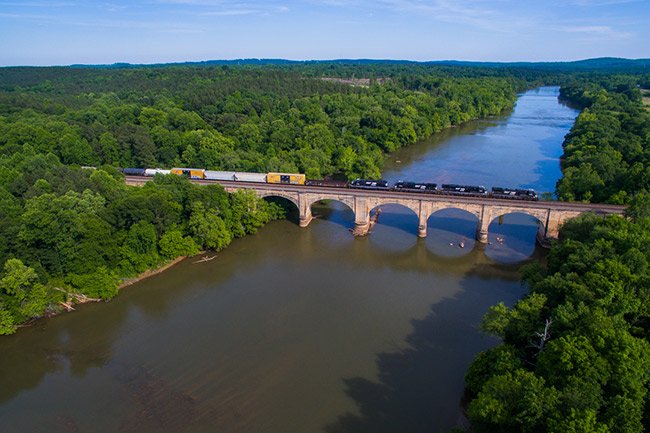 Grady McKinley of Portsmouth, VA, 2017 © Do Not Use Without Written Consent

In 1991 the General Assembly of South Carolina designated the section of the Broad River from the 99 Islands Dam in Cherokee County to the Pacolet River a State Scenic River. The designation will help ensure that the undeveloped portion of the river will remain pristine through conservation efforts and thus continue to support diverse plant and animal life. 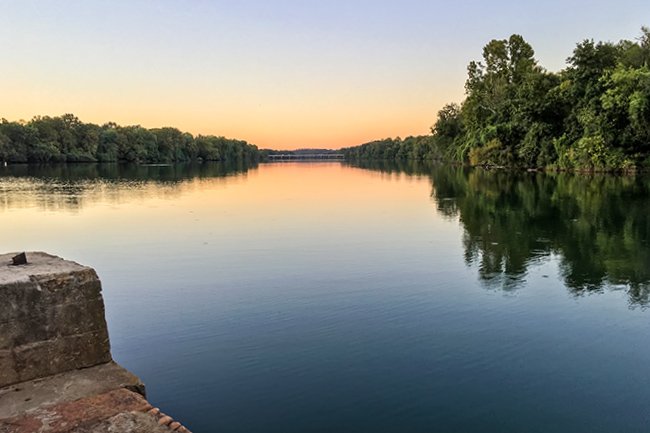 Robert Brame of Columbia, 2016 © Do Not Use Without Written Consent

Parr Reservoir, also known as Parr Shoals Reservoir, is an impoundment along the Broad River before it reaches Columbia. Used mainly by the nearby power plant, the reservoir also serves as a popular, albeit dangerous fishing location. 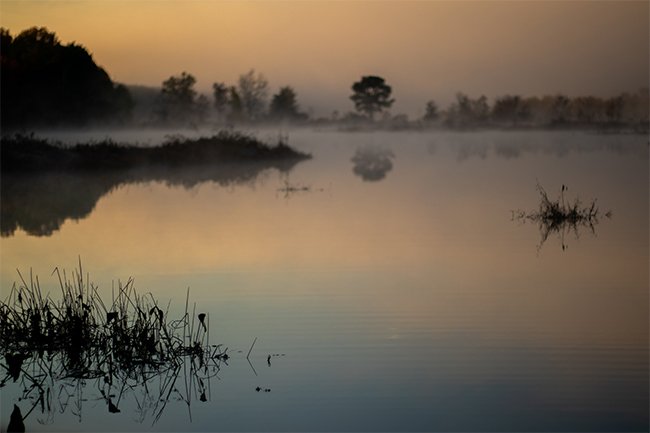 Austin Riley of Batesburg-Leesville, 2019 © Do Not Use Without Written Consent

When the Columbia, Newberry, and Laurens Railroad was established in 1885, it planned to cross the Broad River in Columbia, leading to the construction of this trestle in 1890. It was rebuilt in 1911. CN&L, also known as the Dutch Fork Line, ran 75 miles from Columbia to Laurens. 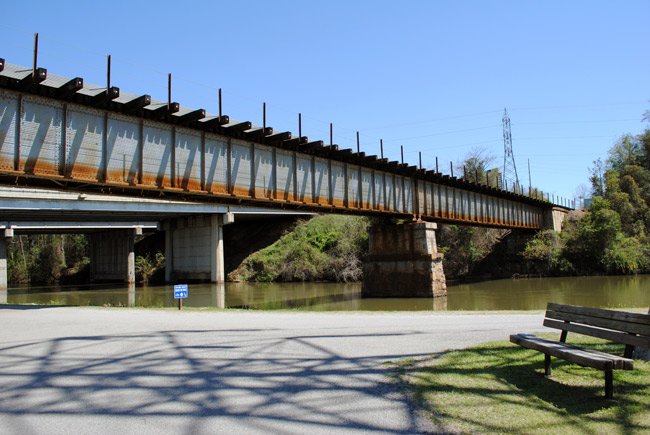 The railroad company resulted from the merging of two earlier railroads, the Laurens Railroad and the Greenville and Columbia Railroad. The CN&L Railroad was bought by the Atlantic Coast Line Railroad in 1924. In 1984, CSX Railroad purchased the railroad and continues to maintain this trestle today.

The spillway of the dam on Broad River, in Downtown Columbia, is an extremely popular place for outdoor recreation. Visitors to the site enjoy fishing and the various birding opportunities. Frank Baker, a local Columbia photographer, shares his great shots of various birds enjoying the spillway. 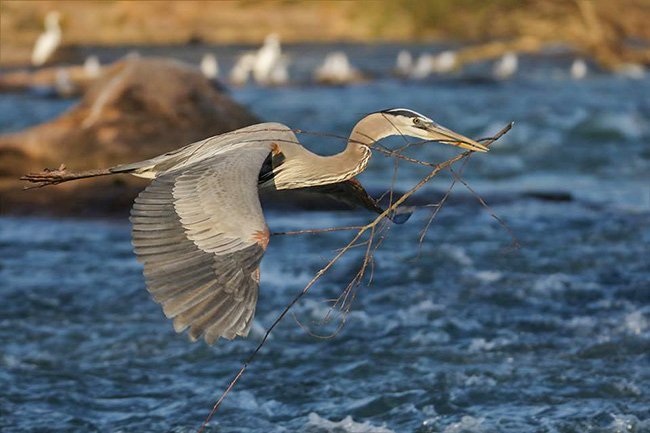 Frank W. Baker of Columbia, 2018 © Do Not Use Without Written Consent 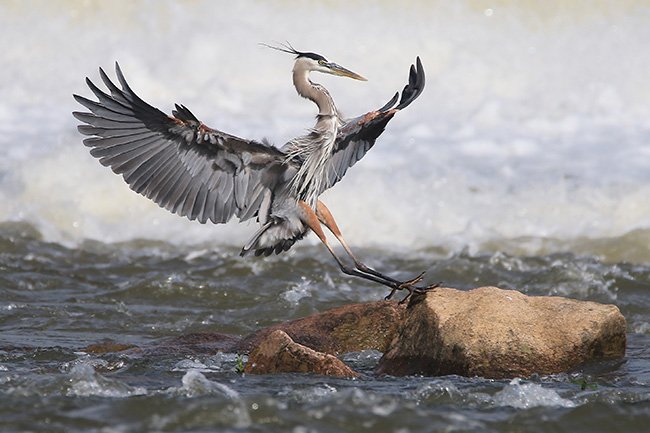 Frank W. Baker of Columbia, 2019 © Do Not Use Without Written Consent 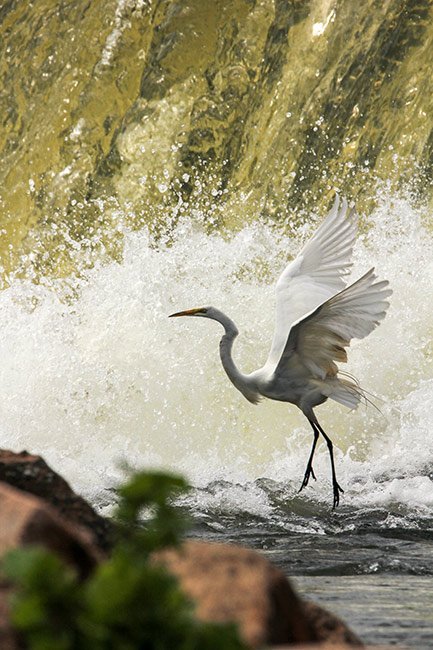 Frank W. Baker of Columbia, 2018 © Do Not Use Without Written Consent

Reflections on the Broad River

Contributor Teri Leigh Teed says of her photo below, “Storm clouds gathering over the Broad River seen from the bluff overlooking the former ferry crossing at Blair, SC, shortly before the Spring Equinox.” 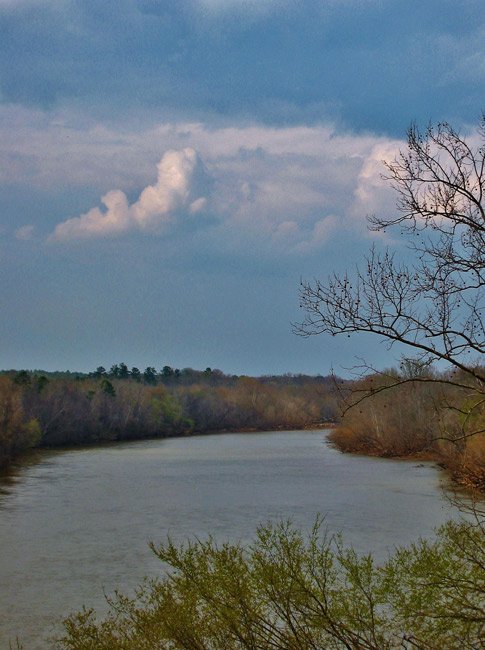 Teri Leigh Teed of Camden, 2007 © Do Not Use Without Written Consent