The Newberry County town of Peak, founded in 1853, is a picturesque community situated on the banks of the Broad River. At its height, it was a prosperous stop on the Greenville and Columbia Railway. The town was even named for its railroad superintendent, H.T. Peak. However, like many other small communities in South Carolina, once the railway was destroyed by General Sherman during the Civil War, Peak had a difficult time recovering. 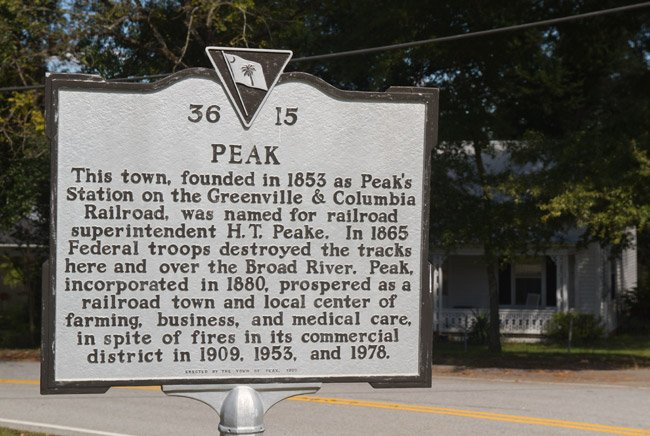 Today Peak is part of the Palmetto Trail, the South Carolina Rails to Trails program that turns abandoned railroads into hiking trails. When the trail was proposed in 1994, it initially was rejected by many Peak residents who did not want strangers hiking through their idyllic riverside town. However, today it is a popular section of the Palmetto Trail, which takes hikers from the Blue Ridge Mountains to the coast.