This small, rustic library in Seneca stands as a rare remaining example of a Faith Cabin Library. The libraries, established in the 1930s and early 1940s by Saluda native Willie Lee Buffington, contrast greatly with the Carnegie Libraries that were constructed in South Carolina, and around the nation, in the late nineteenth and early twentieth centuries. Whereas Carnegie Libraries – which were mostly segregated when built – were funded by corporate tycoon Andrew Carnegie and often architecturally impressive, Faith Cabin Libraries were organized by an impoverished white mill worker for black communities and were housed in simple log cabins. The idea for these humble libraries, which eventually boasted volumes by the thousands, came to Buffington with the encouragement of his friend and mentor, an African-American man named Euriah Simkins. 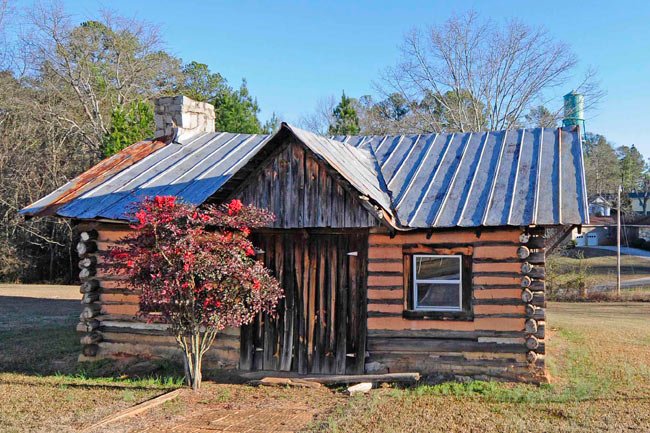 (Bill Fitzpatrick of Taylors, 2013 © Do Not Use Without Written Consent)

Simkins was a teacher at a black school that neighbored the white school which Buffington attended during his childhood. Simkins developed a relationship with the Buffingtons, particularly with young Willie Lee, when he crossed their property on his way to work each day. Willie Lee Buffington’s father, who sat on the local school board, also issued Simkins’ monthly paycheck. Cotton farmers, the Buffingtons suffered economic devastation when the boll weevil ravaged their crops in the early 1920s. As a result, Willie Lee was forced to quit school at age 12 and work in a sawmill with his father to help support the family. He was an only son and had five sisters. Still, Willie Lee was encouraged by his father and Simkins, both of whom strongly valued education, to continue his studies when possible. 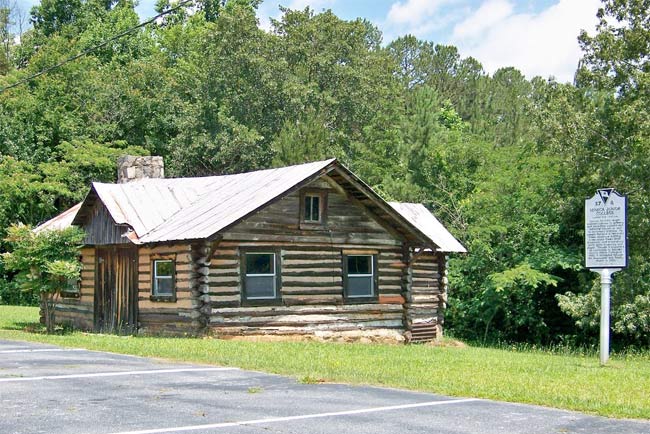 Michael Miller of Spartanburg, 2012 © Do Not Use Without Written Consent)

Buffington was unable to return to school for another four years. At 16, he entered the Martha Berry School in Rome, Georgia, where students could work for their tuition, room, and board. Willie Lee dug a sewer and drove a garbage truck. Simkins, who earned just $187.50 a year as a teacher, helped support Buffington during this time by sending him a dollar a month – 6.4% of his annual salary. Buffington studied at the school for just two years before illness and his family’s finances necessitated his return. By then, his father had relocated to Ninety-Six to work in a textile mill. Buffington joined his father at the mill, later marrying his childhood sweetheart and moving to Edgefield. 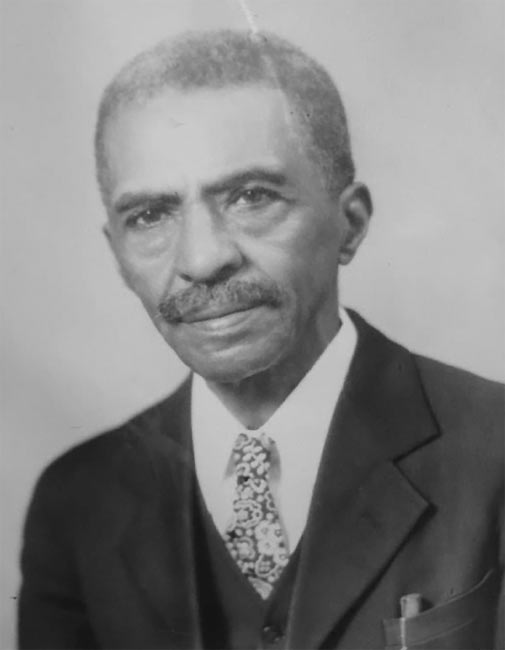 When a Rosenwald School called Plum Branch was dedicated in nearby Saluda, Simkins invited Buffington to attend the ceremony. (Rosenwald Schools, sponsored by Sears and Roebuck’s president, Julius Rosenwald, were built around the South in the first half of the twentieth century to educate African-American students and combat the disparities caused by segregation.) While deeply proud of the two-room building, both Simkins and Buffington were saddened by its complete absence of books. Public libraries in that day were also segregated, and schools afforded most black children – and adults – their only chance to read. From that moment, Buffington felt called to establish libraries for black communities with what few resources he had. At the time he had not graduated from high school himself. 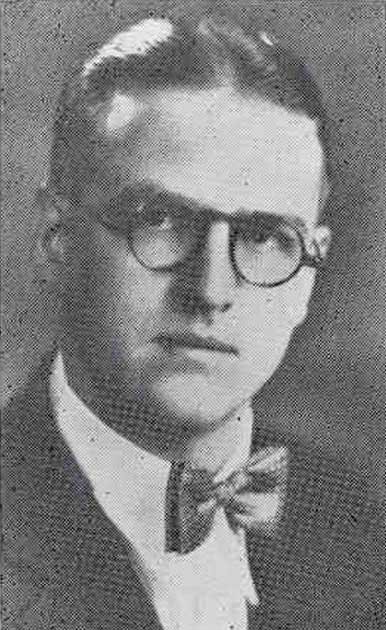 This lack of books haunted Buffington. Later in life, he recounted that soon after visiting Saluda, he was able to set aside one dime. With this, he went to the post office and bought five two-cent stamps. Choosing five churches across the country, at random, he wrote to each asking for a single book. Four churches did not respond. The fifth letter, unbeknownst to Buffington, reached a black minister in Harlem. The Reverend L. H. King of St. Mark’s Methodist Church wrote back two months later to say his congregation had collected 800 books and would send them via rail. By the time they arrived, packed in wooden barrels, that number had grown to over 1,000. 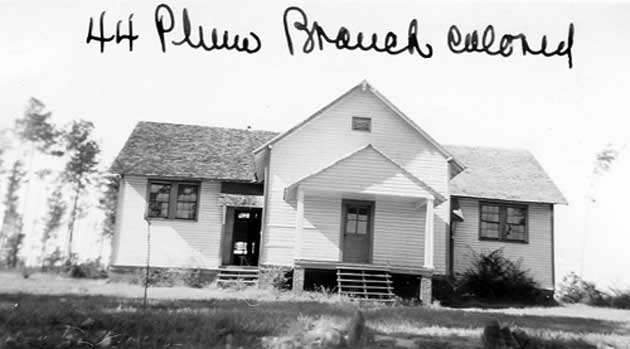 There were so many books, in fact, that Simkin’s Rosenwald School at Plum Branch could not house them all. The pair decided to take the remaining volumes to a nearby African-American church, where they stacked them on the stage and held a meeting to ask community members if they would like to build a library – an unheard of idea at the time. Buffington explained that they had no money and would have to do all the work themselves. His plan was to fell local timber both for the building itself and also to pay for the millwork and windows. They would build the library with their own hands. A woman in the audience said they should call it their Faith Cabin Library because they had nothing but faith. The name stuck, and the first Faith Cabin Library was completed in Saluda in 1932. 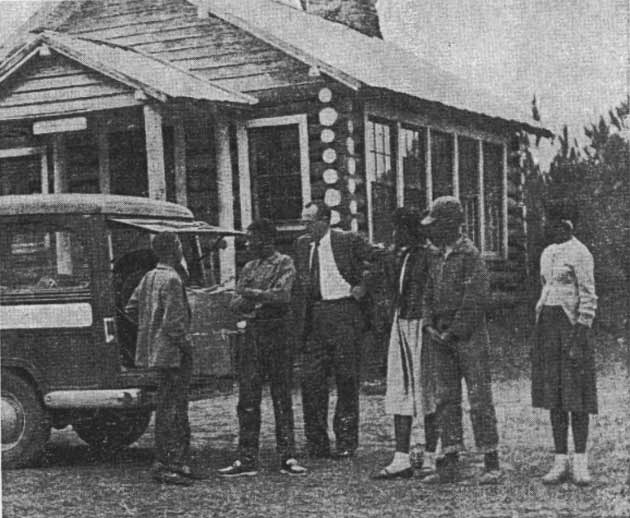 Buffington with Students at the Faith Cabin Library in Saluda
(USC School of Library and Information Science, Date Unknown)

Over the years, Buffington blossomed into what one writer puts as a “champion beggar of books.” By the time he graduated from high school, in 1935, at the age of 27 and with a wife and two children, he had organized the construction of two more rural libraries in South Carolina. The libraries were equipped with kerosene lamps, a fireplace, and homemade tables and stools. Each bore a sign on the wall that summed up Buffington’s philosophy in one word: Others. 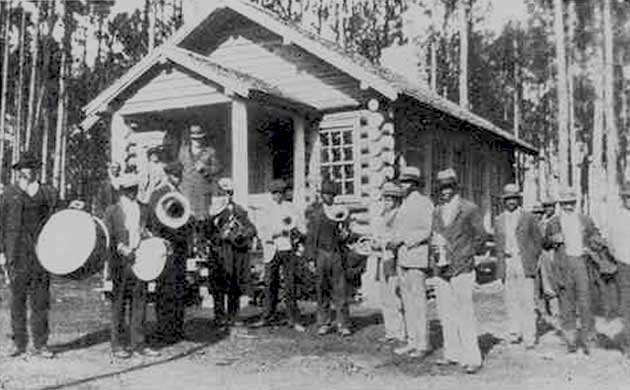 Buffington briefly attended Wofford College after finishing high school, where he worked in a mill between attending classes. A nontraditional student with a family and job, he eventually transferred to Furman University, where he was given a scholarship. Upon graduating from Furman he also received a scholarship to study at Crozer Theological Seminary in Chester, Pennsylvania. The seminary focused on social justice, and Buffington’s Faith Cabin Libraries earned him his tuition. Martin Luther King, Jr. studied alongside Buffington at Crozer. 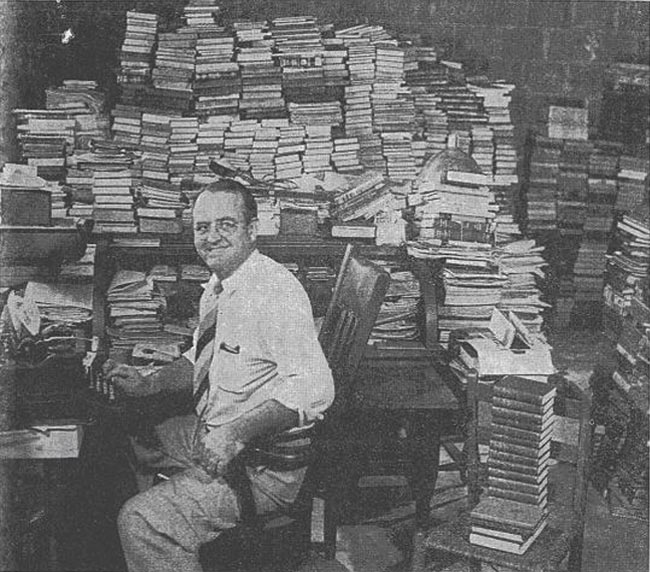 While in seminary, Buffington worked as the Director of Christian Education at a local black church, which helped him support his family as he completed his studies. He also continued to collect books for libraries back home in South Carolina with the help of his father and Simkins. Following seminary, Buffington became a professor at Benedict College in Columbia, a historically black college, while continuing to establish libraries. In all, 26 Faith Cabin Libraries were built in South Carolina, and 50 were built in Georgia. 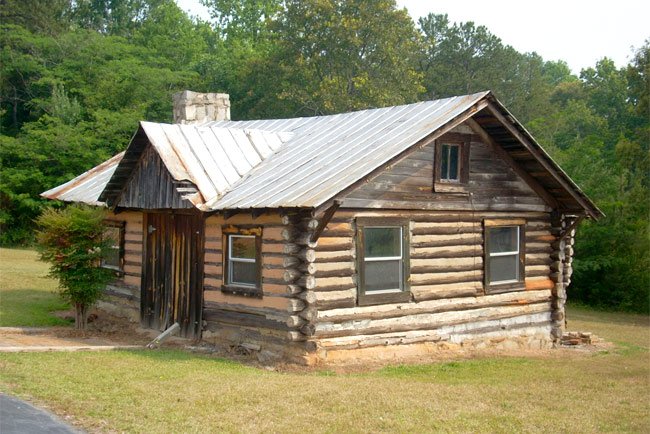 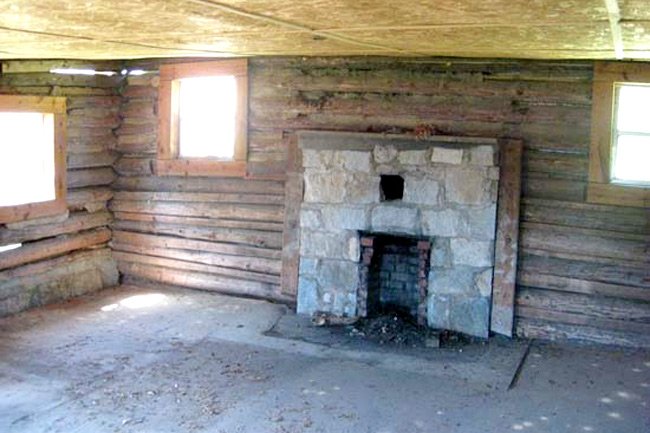 Euriah Simkins died in 1944 and is buried in Lockhart. Willie Lee Buffington died in Saluda in 1988. Both men passed away with little notice from the outside world, but together these two friends left a legacy of which all South Carolinians can be proud. 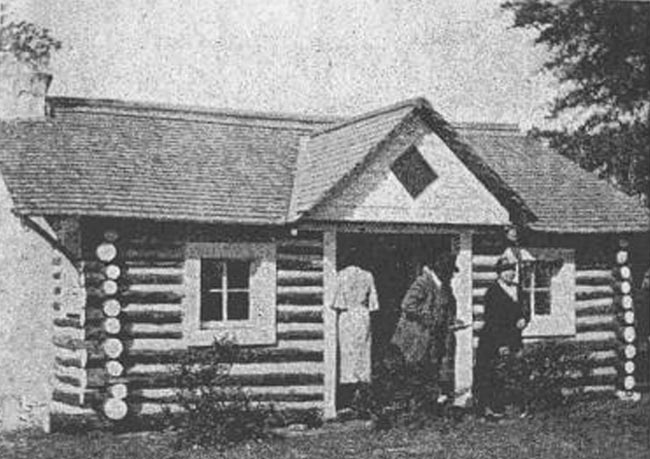 The Faith Cabin Library at Seneca Junior College is listed in the National Register: