The dilapidated central section of the massive Newry Mill – whose official but less common name is Courtenay Manufacturing Company – still towers over the abandoned textile plant that surrounds it. The mill was founded in 1893 and functional by 1894. On June 14th of that year, Newry became the first textile village in Oconee County. In 1905 steam power and boilers were added to boost efficiency. Today, the old mill and historic village linger along the Little River at the base of Duke Power Company’s dike impounding Lake Keowee.

The mill was established by Captain William Ashmead Courtenay, a Charleston native who, during the Civil War, led the famed Washington Light Infantry and fought in the battles of First Bull Run, Fredericksburg, Gettysburg, and Chickamauga. Before moving to the Upstate, Courtenay also made his mark as the mayor of Charleston from 1879 to 1887 and, among other accomplishments, suggested the initiation of the South Carolina Historical Commission, which in 1967 became the SC Department of Archives. 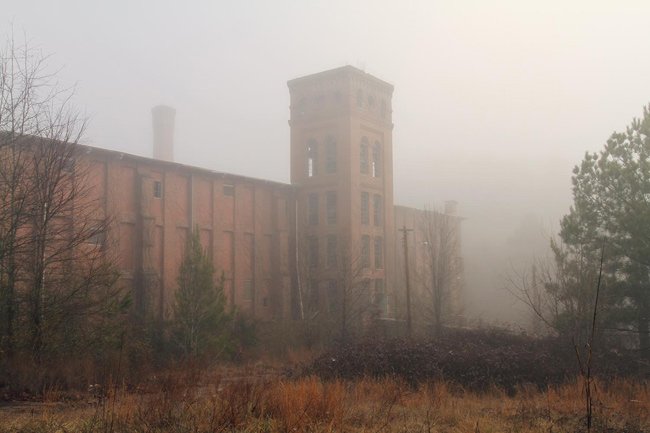 William H. Myers, III of Seneca, 2012 © Do Not Use Without Written Consent

In building the Newry Mill, Captain Courtenay and his peers were following a trend that arose after the war, when northern industrialists flocked to the South to scoop up cheap labor amidst the wreckage of a stricken economy. In general, labor in southern mills cost 25% less than labor in northern mills; in fact, one comparison shows that in 1890, mill-workers in Massachusetts earned $8.05 a week while mill-workers in South Carolina earned just $5.17. Further perks included the absence of unions and regulatory laws – including minimum wage and age restrictions – as well as our moderate climate and access to raw materials. 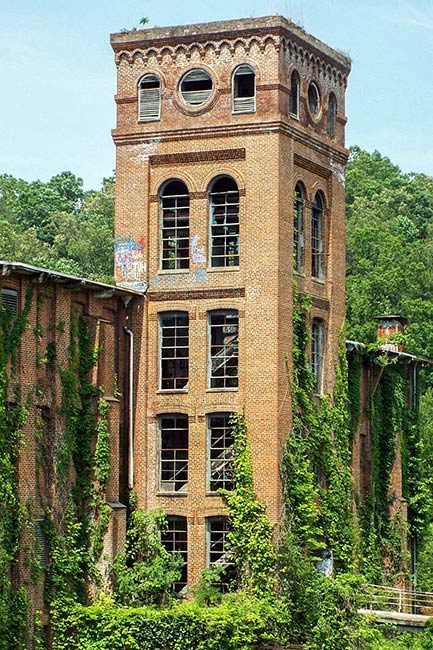 After retiring from politics, Captain Courtenay purchased 350 acres and established the Courtenay Manufacturing Company for the “manufacturing, spinning, dying, printing, and selling of all cotton and woolen goods.” The land is located roughly seven miles from Clemson and to this day remains largely isolated, bound on one side by the Little River and on other sides by dense woods. 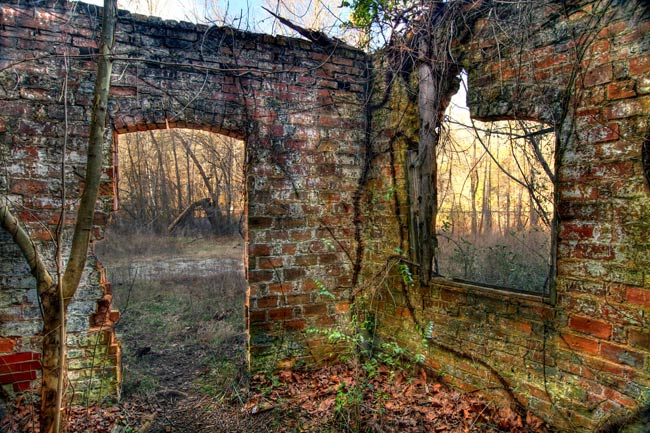 While his plant and administrative buildings were called Courtenay Mill, Courtenay named the village that surrounded it Newry after his father’s family home in County Down, Ireland. Beginning in 1893 and continuing through 1910, Courtenay constructed 51 cottages, a school, a church, a company store, a community hall (located above the company store), a post office, and even a barber shop. He is remembered as being harsh and impatient at times, but also unusually concerned with the well-being of his employees. He provided them hitherto unheard of conveniences like electricity and running water, and it is said that from its start, a “unified symbiotic relationship was agreed upon between the management and the employees” (1). 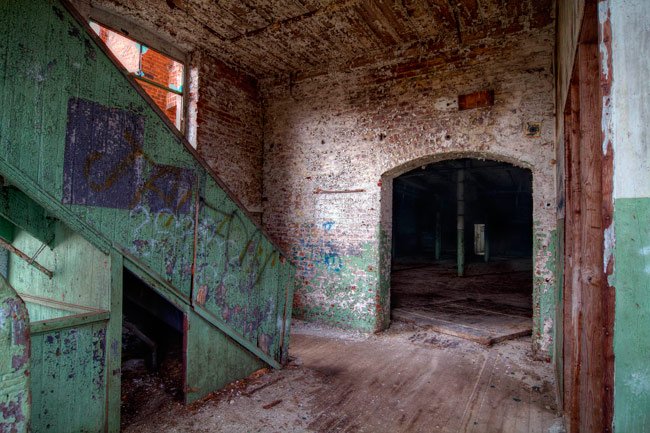 Following Courtenay’s death in 1908, the mill operations were transferred to his son, Campbell Courtenay. However, the younger Courtenay was forced to sell the factory to the Issaqueena Mill Company of Chester in 1920 due to a series of setbacks – both during his tenure and preceding it – which included multiple droughts, a tremendous flood, a smallpox outbreak in 1910, and the great influenza epidemic of 1918, which affected 700 out of 900 people. 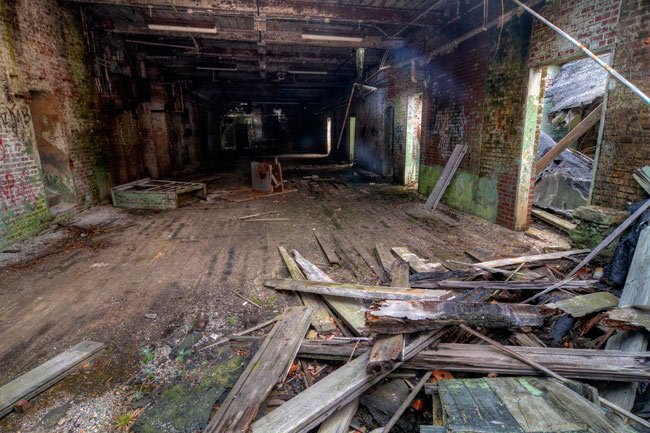 Interestingly, the initial president of Issaqueena Mills was Walter L. Gassaway, whose home in Greenville still stands as the largest private residence in the entire Upstate. The 40-room estate, which goes by the names of both Issaqeena and Gassaway Mansion, was built with masonry and stone work salvaged from another old Piedmont mill, Vardry McBee, which once operated from the base of the Reedy River Falls. 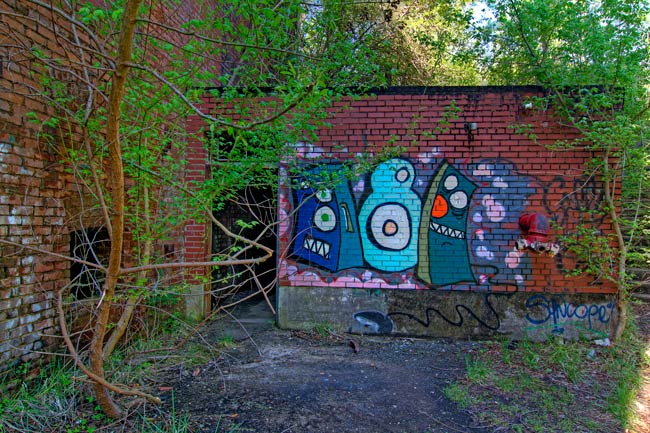 By 1930, Issaqueena’s Newry operation employed 365 people and purchased 5,500 bales of cotton. The mill suffered greatly during the long years of the Great Depression, however, and Cannon Mill Interest of North Carolina purchased the factory and its surrounding properties in 1934. Unfortunately, despite assistance provided by the National Recovery Act, Cannon liquidated the plant in 1939 due to a still-depressed economy. 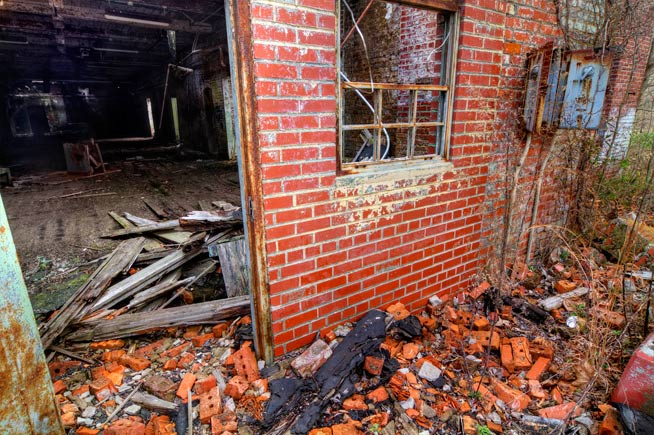 Mercifully for the mill’s employees, Greenwood-based Abney Mills bought the factory and village from Cannon and immediately began upgrading the mill’s equipment. As a result, operations resumed at a higher-than-ever production rate. During World War II, demand for textiles increased significantly, and the Courtenay Plant, as it was then called, “operated at breakneck speed to fulfill all orders.” In 1943, the mill employed 450 employees to process 6,500 bales of cotton. This volume of production continued until the early 1950s, when the first foreign imports began to take their toll. 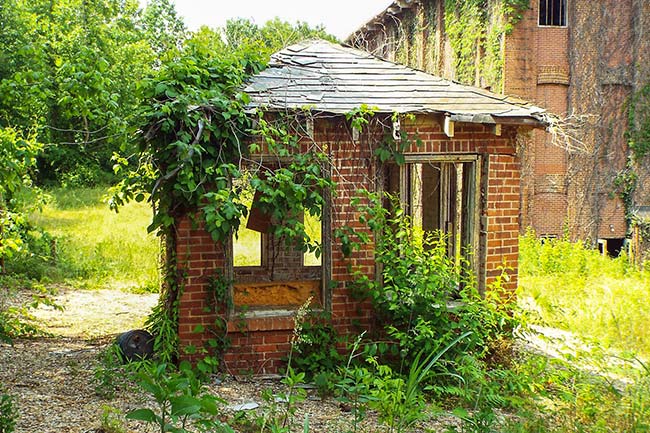 During the mill’s heyday under the ownership of Abney Mills, mill workers played textile league baseball in a field that was later destroyed to modernize the Little River Dam on Lake Keowee. They also enjoyed the addition of two new bathrooms in every home! Repairs were made, streets were upgraded, sidewalks were constructed, and brick duplexes were added, bringing the total number of residences to around 120. 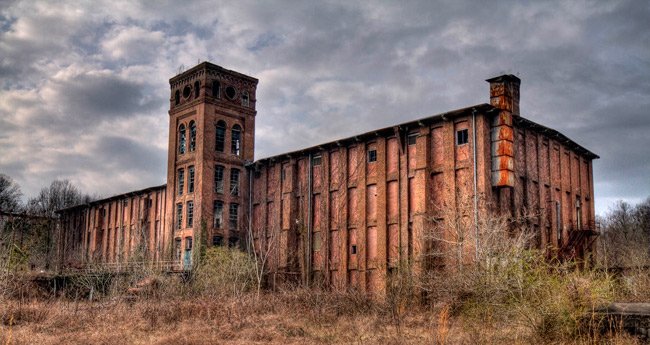 Yet times were beginning to change for this and many other mills. As more and more cotton production moved overseas – where labor was even cheaper – South Carolina’s textile mills started to disappear. Newry Mill closed its doors in 1975, followed quickly by Abney’s eight other plants. The residences were sold, mostly to their inhabitants, and the former mill workers desperately sought employment in nearby towns. 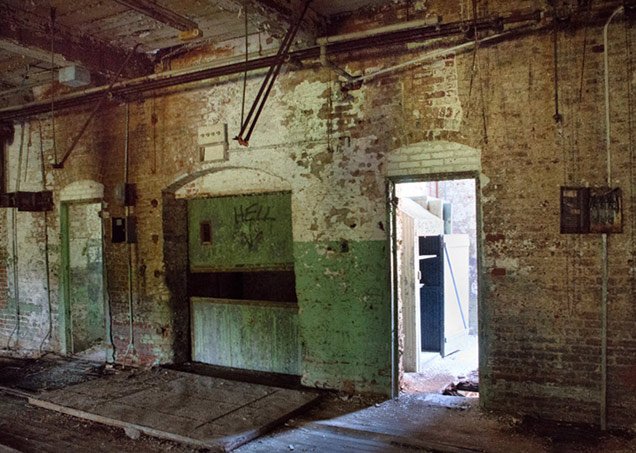 Today, the mill and its village comprise the Newry Historic District. At 250 acres, the district contains 118 buildings including the mill complex, the post office, the village church, and many of the old homes. The ruins of Innisfallen, the house of Captain William Ashmead Courtenay, also named for his ancestral estate in Ireland, can be found on the southwest ridge near the village. 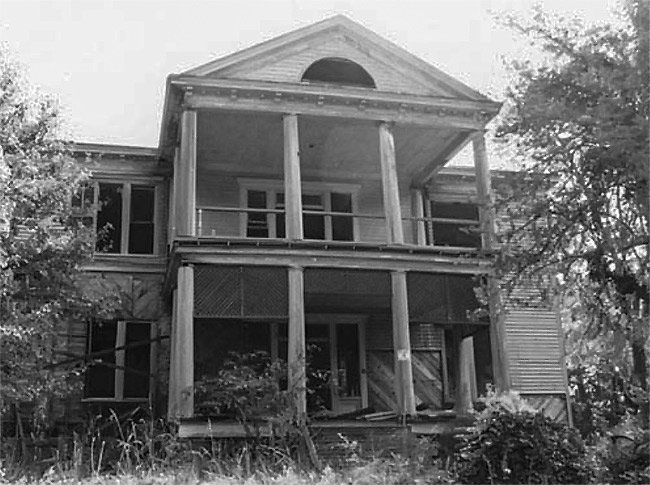 Much of the property is now owned by a group of real estate investors who, in 2009, unveiled plans for the Keowee River Development Project, a mixed use development set between Lake Keowee and Lake Hartwell. Prior to their $10 million purchase in 2008, the land was held by Courtney Resources. If built, the project would include condos, single-family homes, an amphitheater, multiple restaurants, and a waterfront park. In 2016 it was announced that the schoolhouse in the mill village was purchased by US Building Innovations, a company that makes water-resistant coating. The company hopes to move operations to the former Newry school site and is in the process of building a 5,000-square-foot facility on top of its concrete foundation. Locals look forward to the redevelopment as well as the more than 31 jobs the company is expected to bring to the area. As of 2019, no changes have been made but new studies are being conducted to possibly convert the mill into apartments. 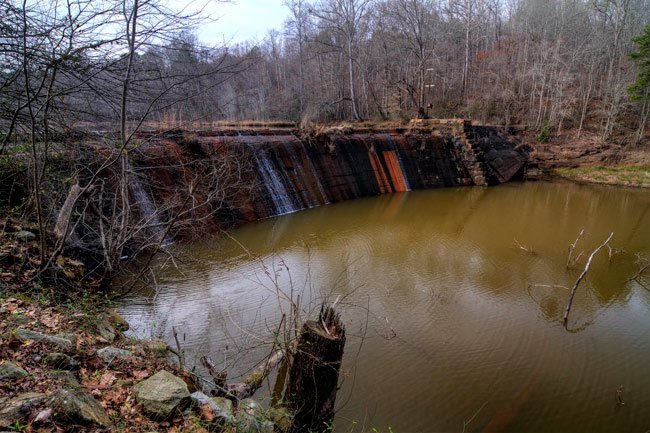 The Newry Historic District is listed in the National Register as follows:

The Newry Historic District encompasses a textile mill village established at the turn of the century. Situated in a rural setting in the Little River Valley, the town of Newry is visually isolated by a series of surrounding ridges, dense forest, and a large earthen dam on Lake Keowee, which form the boundaries of the district. The district contains 118 properties including the mill complex, mill office, company store and post office, village church, and numerous workers residences, located within an area of approximately 250 acres. Courtenay Mill was constructed in a typical New England textile factory design. The design is attributed to W.B.S. Whaley.

Most of the buildings in Newry were built during the period 1893-1910 and are examples of the turn-of-the century genre of mill village design in South Carolina. These include the principal buildings of brick construction located adjacent to the town square, i.e., company store and post office located on the north side, and mill office on the south side. The village church with late Classical Revival style details is located on Broadway in the center of Newry. Sixty-nine houses are two-story duplexes with a catslide roof, eight houses are two-story single family residences. Other wood frame buildings include four larger two-story residences believed to have been originally occupied by mill supervisors, two one-story residences, one additional church and a recreation lodge. The ruin of Innisfallen, the Neo-Classical house built for mill founder, William A. Courtenay, is located on a ridge southwest from the village.

1. This quote and much of the information in this article come by way of an excellent history written by John L. Gaillard of Newry, South Carolina, a longtime employee of Newry Mill who also served as one of its last four employees. You can read this history here; you can also find a summary of Mr. Gillard’s fascinating oral history, as well as those of seven others in the Newry community, here.