Ram Cat Alley is part of historic downtown Seneca. The Alley got its unusual name because of the many cats who gathered around its meat and fish markets in the early 1900s. Locals used to say there were so many of them that “You couldn’t ram another cat into the alley!” 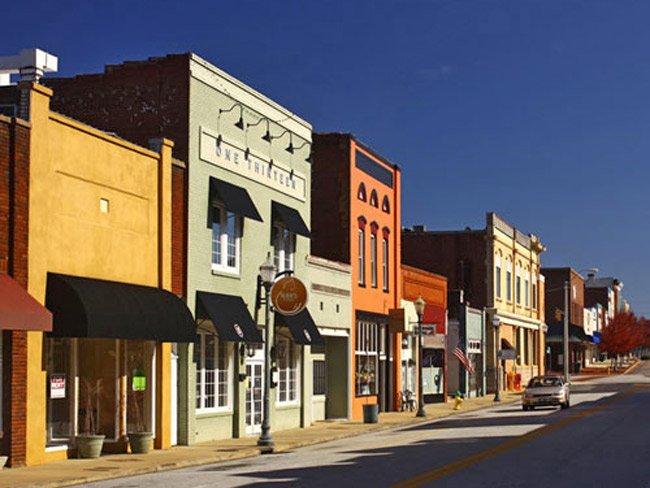 Gary DuBose of Seneca © Do Not Use Without Written Consent

The Alley has always been an important part of Seneca’s history. In the early 1900s, it was home to pool halls, meat and vegetable markets, and bars. Eventually the buildings became run-down and fell into disrepair. Then, in the mid-1990s, Seneca’s mayor had the buildings cleaned up and the road repaved. After the dirt and grime were gone, people realized Ram Cat Alley was full of charm and potential. Since its revitalization, many boutique shops and restaurants have opened, and it has become a pedestrian-friendly area popular among residents and visitors alike.

(Seneca Downtown Historic District) The Ram Cat Alley Historic District is significant as an intact public, commercial, and social center of the City of Seneca. The district is a collection of twenty-one commercial buildings in downtown Seneca. Eighteen buildings contribute to the character of the historic district, which reflect the development of the downtown area as the center of commerce in Seneca and the surrounding county from ca. 1887 to ca. 1930. The district is a typical example of architectural and commercial development around the growth of the railroad in a small South Carolina town in the late nineteenth and early twentieth centuries. Ram Cat Alley was so called because of the tendency of cats to gather around the Fred Hopkins Meat Market which was located on that street in ca. 1908.