This elegant home in downtown Orangeburg once housed a family-owned funeral business that has been serving the people of this sandhills community since 1896. W. Hampton “Hampy” Dukes established Dukes Undertaking on St. John Street at the end of the nineteenth century. His business was a success, and by 1927 he was joined in partnership by his cousin, Clifton Harley. 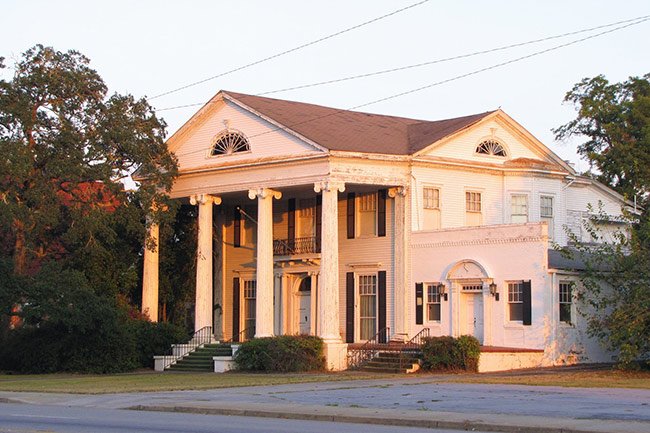 Ginger Parker of Orangeburg, 2016 © Do Not Use Without Written Consent

Harley’s brother, I.S. Harley, joined the team in 1930, and from that point the funeral home became known as Dukes-Harley. The business moved to this stately Greek Revival manse in 1936 and operated here for over sixty years. Built in 1904, it was the home of cotton merchant W.S. Lining. A cousin of the Harleys – A.J. Hutto – purchased the business in 1980. Sadly, a fire gutted this structure in 1999, and for the next three years the business was run from a home behind it. Finally in 2002 construction was complete on the current building on Columbia Street, where Hutto continues running the family business. 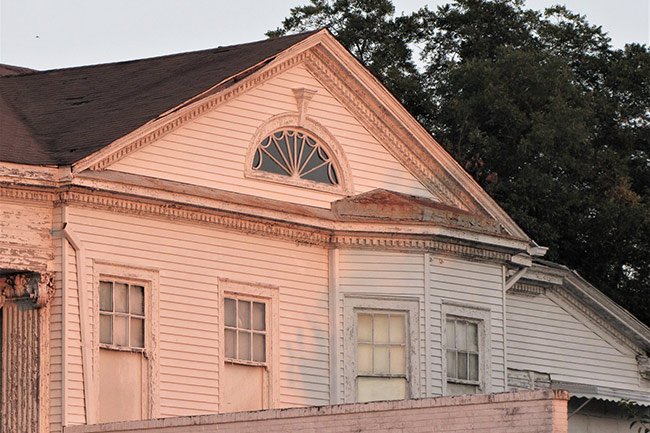 Ginger Parker of Orangeburg, 2016 © Do Not Use Without Written Consent

Contributor Victoria Yandle shares her personal experience with Dukes-Harley Funeral Home and a version of the above photo: “The funeral home has so many memories for me. After we moved to Orangeburg in 1975, over the next 5 years I lost my grandparents. The funerals were at Dukes-Harley Funeral Home. I’ll never forget how compassionate the owner of the funeral home was to my family. Even at the age of 12, I could see the compassion in his eyes and his heartfelt sadness.

“In October of 2013 one of my pieces of artwork won Best in the Professional division at Orangeburg County Fair. After that, the Orangeburg League of Arts asked me to talk to their group and bring some of my work. I brought 12 of my best pictures. I noticed this gentleman really looking at the Dukes-Harley picture. He was scrutinizing the picture and I became a little uncomfortable until I saw him. I remembered that smile and those beautiful, compassionate eyes. It was A.J. Hutto, the owner of Dukes-Harley Funeral Home. He loved the picture and asked if he could buy it. I was so thrilled he loved the picture as much as I did, I gave it to him. He has it framed in the new funeral home on Columbia Road.” 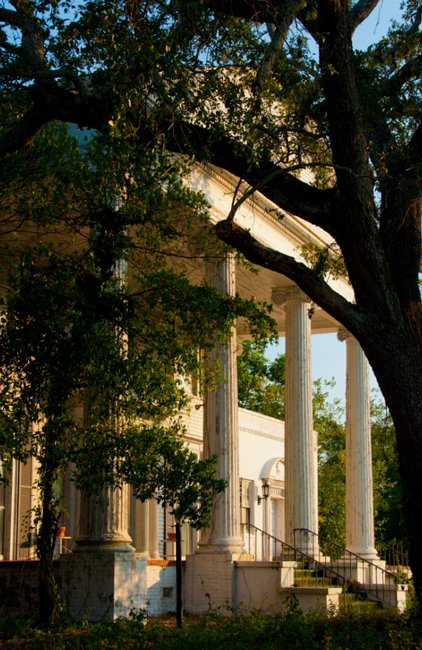 Victoria Yandle of Orangeburg, 2013 © Do Not Use Without Written Consent