This handsome Greek Revival structure, standing proudly at the intersection of North Main and North B Streets, was once home to Easley First Baptist Church. The building now serves as a masonic lodge dedicated to the Ancient Free Masons of South Carolina. Freemasonry meetings as well as community-centric events take place here throughout the year. 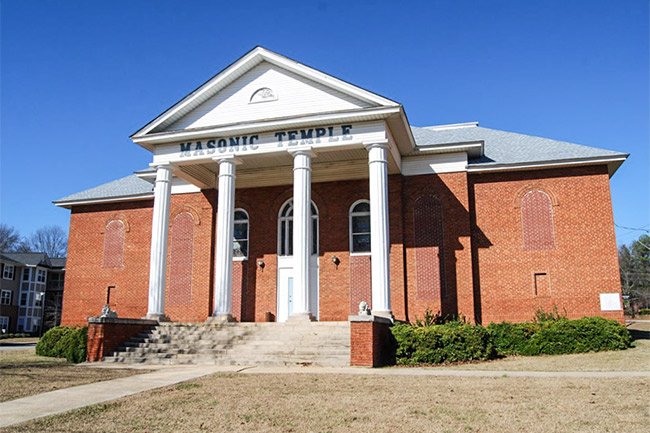 Brian Scott of Greenville, 2009 © Do Not Use Without Written Consent

In November of 1873, an assembly of Baptists met to discuss the formation of a Baptist church in Easley. The twelve charter members agreed that this site would prove suitable, and they constructed the first church to stand here in 1874. Pictured below, the original sanctuary was of frame construction with a prominent bell tower. The Reverend David Weston Hiott led First Baptist’s congregation at that time. Hiott was born in 1852 and studied at the Southern Baptist Theological Seminary. For most of his 50 years of religious service, he practiced in the Piedmont region of South Carolina. He was prominent in the Masonic and Woodmen orders and is said to have been beloved by those who knew him. He died at the age of 75 in 1928. 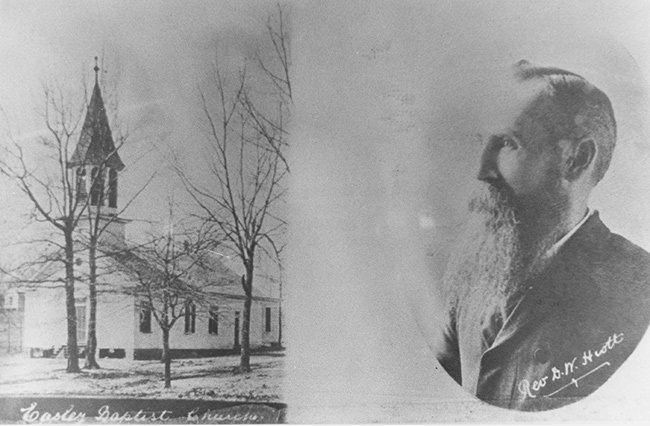 Pickens County Library System, Historical Photos Collection © Do Not Use Without Written Consent

It is not known what happened to the original sanctuary, but a second sanctuary was built here by 1909. This church served First Baptist until it burned in 1917. The building was larger and more elaborate than its predecessor, featuring stained glass windows, multiple columned porches, masonry construction, and a large bell tower. 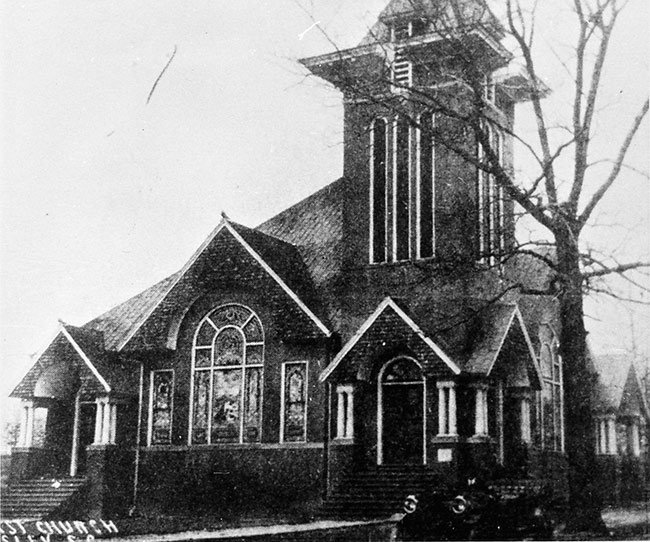 Pickens County Library System, Historical Photos Collection © Do Not Use Without Written Consent

The congregation met for services in a school auditorium for the next four years until another building could be constructed. The third and last church built at this site, the one seen today, was constructed in 1921. The total cost of construction was between $25,000 and $30,000. The portico is graced with imposing columns. By the 1950s, the congregation outgrew the space and moved to its present site directly across the railroad tracks, within sight of its old location. The final service was held here on January 20, 1952. 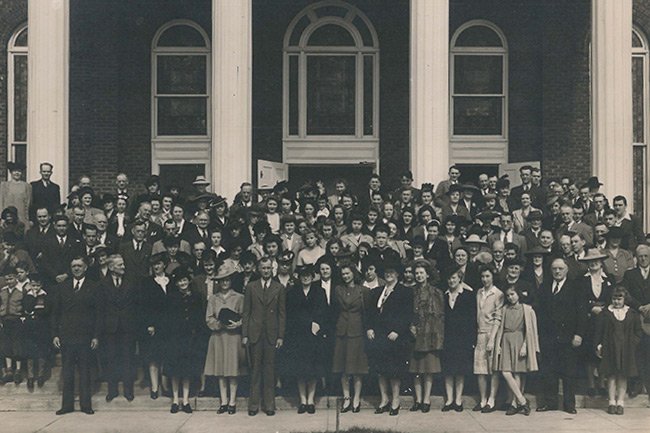 Pickens County Library System, Historical Photos Collection, 1942 © Do Not Use Without Written Consent

The building was converted to the Bates Masonic Lodge #189 sometime that same year. The lodge serves as the headquarters for a local chapter of the Ancient Free Masons of South Carolina. Freemasons are members of what is considered the oldest fraternal organization in the world. Its teachings are designed to improve members’ character, citizenship, and community responsibility. Masons have gathered in South Carolina since 1735; the Easley lodge was officially chartered on December 15, 1875. 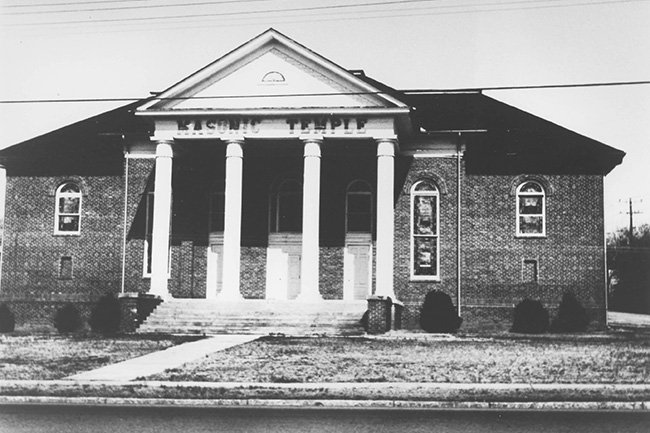 Pickens County Library System, Historical Photos Collection, 1952 © Do Not Use Without Written Consent

We are grateful to Easley native, Jimmy Hunt, who supplied much of the information on this page. Jimmy adds, “My great-grandmother would be in this photo (shown above, of the congregation in 1942) as she was a member of this church, but due to the number in the picture I have not located her. I love history and strongly feel it should be documented and preserved for future generations.”