As feared, the Bradley-Boggs House was torn down July 18, 2019. Read about its history and the community’s plight to save it below.

Before it was bulldozed to the ground last month, this historic home stood as a proud sentinel of Pickens’s past. In fact, legend holds that it was one of just two structures remaining from the community’s original settlement on the western bank of the Keowee River (near present-day Easley). When the fledgling town, then called Pickens Court House, moved to its present location after the Civil War, local historians say this house came too.

Its builder is reputed to be Major David Franklin Bradley. Major Bradley served in the Confederacy, where he lost an arm at the Battle of the Wilderness. Later in life, Major Bradley was elected to the statehouse and also established what would become the oldest continuously-operating company in Pickens County – The Pickens Sentinel (now known as The Sentinel-Progress).

There is some uncertainty as to when exactly the house was built, but consensus holds that the home was dismantled and moved to present-day Pickens in 1868, when a new court house was built about 14 miles east. Most historians place construction during the 1850s, citing the age of its wood. Jeanne Brooks, in her excellent article in The Sentinel-Progress, writes:

Timbers in its oldest section are hand-hewn, dating back about 160 or so years, to at least the 1850s.

Unfortunately there are no extant records to help us say for sure. If the home was indeed built by Major Bradley, as nearly unanimously asserted, the 1850s timeframe strikes us as early. Major Bradley was born in 1842; by 1859, he’d have been but 17.

This indicates that the house was either built by someone else, or by Major Bradley after his service in the Civil War (1861-1865). If the latter is true, then the home may have been located at Pickens Court House for only briefly before being moved, or it may not have been constructed on West Main Street directly. Because we hold a great deal of faith in oral tradition, we wonder if the home was not indeed built by another resident of the early settlement at Pickens Court House.

Incidentally – and to make matters even more confusing! – at least one source states that the Bradley-Boggs first stood on the opposite side of West Main Street and was moved across the way in 1890. Despite the tremendous uncertainty of the home’s origins, it is safe to say that by 1890, it occupied the ill-fated lot where it spent the next 129 years.

The Bradley family kept the home until 1913, and records indicate that Major Bradley and his wife Mary Barbra Breazeale Bradley lived there during the 1870s. The house was purchased in 1913 by Aaron Boggs. The Boggs, who owned the house for 84 years, made multiple additions including new porches and rooms. Mantles reflected various styles through the years, from Victorian to Craftsman.

In 1997 the Pickens Jaycees bought the old house for $45,000. Here they hosted annual haunted houses to raise money for charities. The building remained in the Jaycees care for just over a decade, though eventually the chapter no longer had enough members to continue meeting. (Jaycees cannot be older than.)

Pickens County condemned the Bradley-Boggs House in autumn of 2008, but the former Jaycees asked the county if they could sell the home to someone who could restore it. The house was purchased at auction in 2009 by Clark and Julia…

Sometime after the Civil War, it was moved to West Main Street – a relocation that, in time, would seal its fate.

Known as the Bradley-Boggs House, this large, historic home is located in Pickens. Believed to have been built in the 1850s, the house was originally located along the Keowee River (1). Sometime after the Civil War, it was moved to its present location on West Main Street (1). 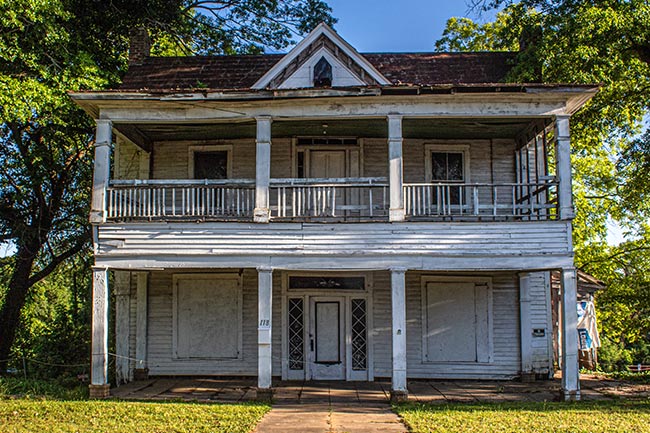 The house was built by Major David Franklin Bradley, who also founded Picken’s first newspaper, The Pickens Sentinel. In 1913 the home was purchased by Aaron Boggs, who made multiple additions. Mentions of the home serving as a theater (1) and haunted house (2) highlight its importance to the community. 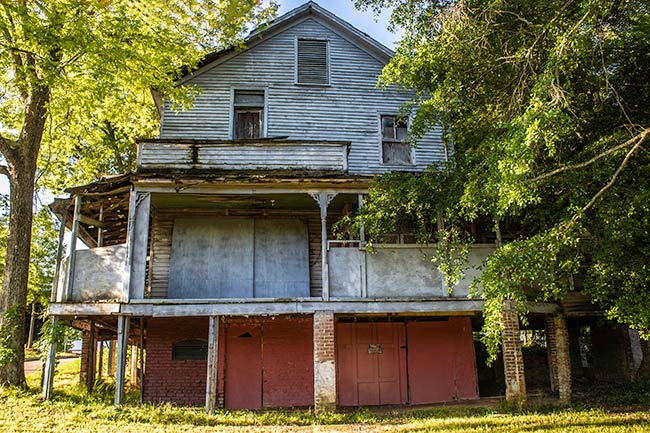 The house stood neglected for years until the Palmetto Trust for Historic Preservation (now called Preservation South Carolina) purchased it for auction (3). Several subsequent owners made plans to restore the structure to no avail (3). In 2019 the current owner, Charles Monks, applied for a permit to demolish the home in order to construct a brewery. He claims it would cost $1.4 million to restore the home (1). The Pickens Board of Architectural Review has requested more information before it can issue the permit (1). 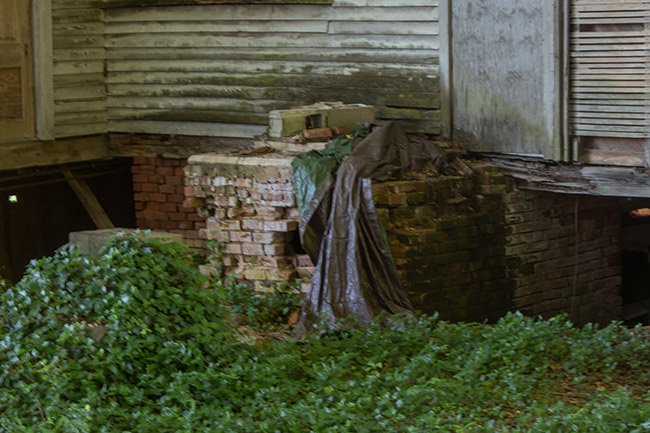 “The current owners have gutted the interior removing all the original woodwork that told the story of this homes transition from a pre-civil war Greek revival style to a turn of the century Victorian with beautiful Eastlake style mantles.

“[It] is located on “Main Street adjacent to the new city amphitheater and park. THE reason [the owners] targeted this property was the belief that all the crowds brought together with tax payer investment would then utilize their space and spend money.

“Of course, [a brewery] built anywhere within walking distance of downtown would have been a success … but due to the deterioration of the house, they were able to get this place well below market value.

“It would not have to cost 1.4 million to restore this ‘home.’ The owners got that figure because of the high cost of accommodating the business they hope to put into it. They chose to purchase this place not caring if it would work for their business and being fully aware of the strong support for this historic place. Their business would work anywhere. Instead, they are destroying an important piece of Pickens history that could have been restored for less than $400,000 given all the opportunities to utilize the incentives available for historic places like this.” 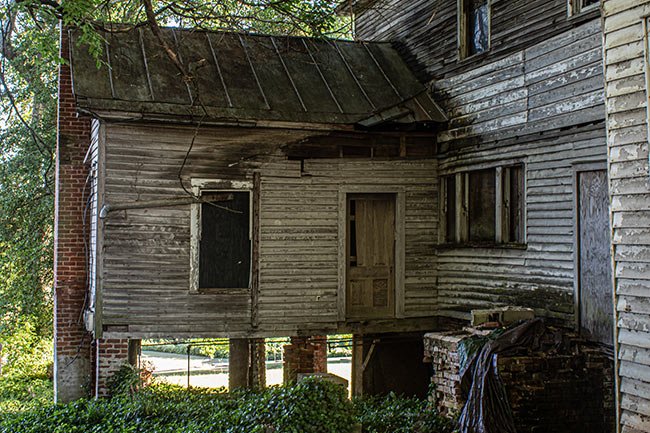 The South Carolina Picture Project wishes to thank Jo Anne Keasler for being proactive in capturing these images when she heard of plans for the Bradley-Boggs House to be demolished. We are actively seeking additional information about the old home, so if you can help, please let us know. 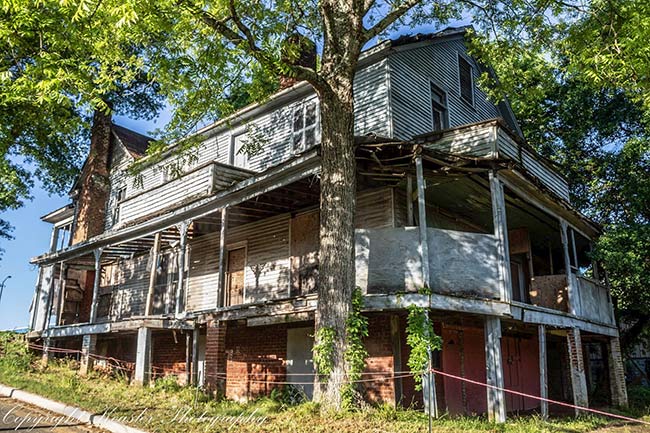 1. Historic home in Pickens may be replaced with brewery, WYFF Greenville, Brennan McDavid, May 17, 2019