The village of Cateechee in Pickens County was established in the late nineteenth century by industrialist Colonel Daniel Keating Norris, namesake of the abutting town of Norris. A cotton planter from Anderson County, Norris built a cotton mill on Twelve Mile River, the first in Pickens County. The mill was called both Norris Mill and Cateechee Mill. This school educated the children of the mill village, which operated from the 1920s through the 1970s. Cateechee School closed sometime in the late 1970s. 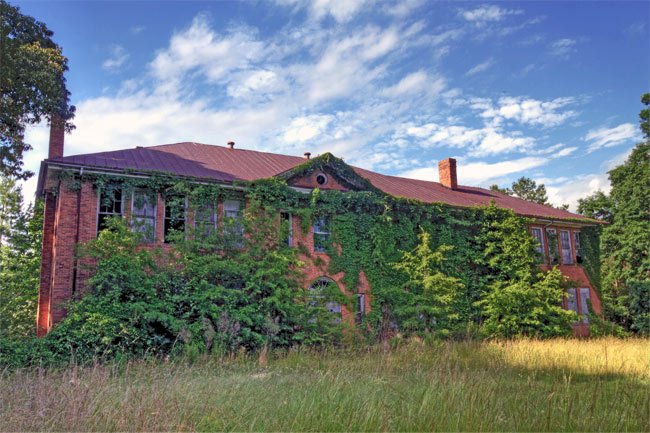 The Cateechee community derives its name from a local legend of which there are many varieties. According to the story, a young Choctaw woman was held captive by Cherokee Indians who populated the region prior to the Revolutionary War. The woman, called Cateechee by the Cherokees, lived with her captors in the now-extinct village of Keowee (near Walhalla in Oconee County). Cateechee overheard the Cherokees’ plans to ambush a village of white settlers in the area now known as Ninety Six. One version of the story claims that one of the white settlers fated for the attack was her lover. Fearing for the settlers, Cateechee fled the village to warn them. She soon was pursued by the Cherokees, and to save herself, she pretended to jump to her death from a waterfall while actually hiding behind it. The Cherokees subsequently abandoned their pursuit, and Cateechee completed her journey to save the settlers from the impending attack. The story goes on to claim that the place name Ninety Six comes from this daring tale, as the distance between Keowee and Ninety Six is 96 miles. 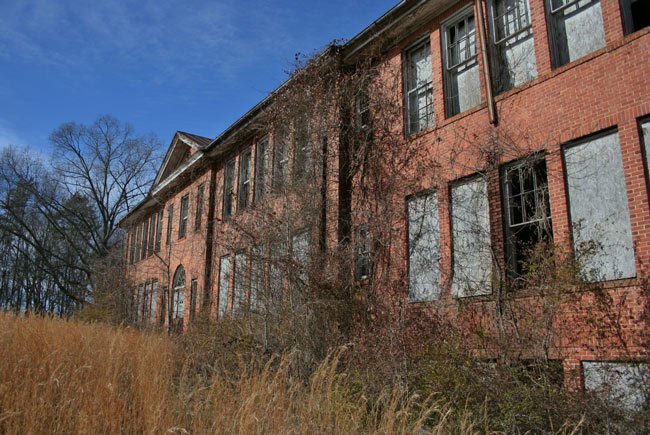 Tammy Miller of Duncan, 2015 © Do Not Use Without Written Consent

The story may sound familiar. Issaqueena Falls in Mountain Rest is reputed to be the waterfalls that concealed the brave woman from her Cherokee pursuers. The falls also are named for her – Cateechee is the heroine’s Cherokee name, while Issaqueena is her name in Choctaw. Both names mean “deer head.”

Reflections on the Cateechee School

Contributor Tammy Miller shares: “I grew up in the Pickens and Oconee county area. I remember the mills, schools and stores from way back when. Combined with my love of local history, I spend free time wandering and taking photos of locations that speak of another time. I also take photos because treasures like these are falling down or being torn down and they’ll be gone forever. This way they will stay alive. It was a mild, beautiful day and I was simply wandering and looking for the old mill when I spotted the school. I wandered all the way around the outside. I’d love to get the opportunity to see the inside some day.”