Lake Issaqueena is separated from its larger and more popular neighbor, Lake Hartwell, by the Issaqueena Dam, which crosses Wildcat Creek in the Clemson Experimental Forest, a 17,500-acre education and research reserve. 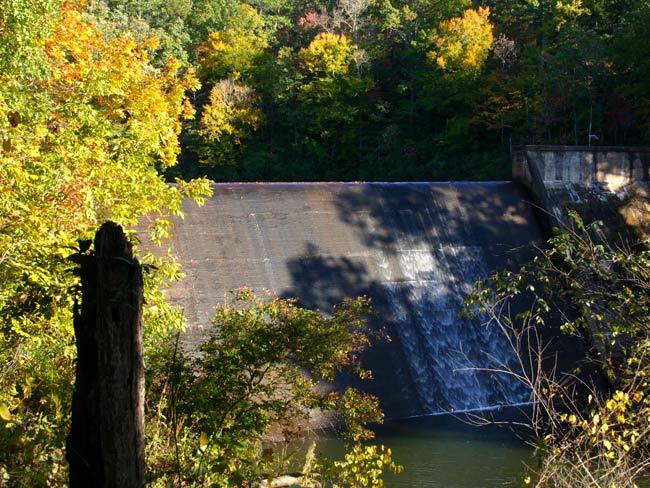 Gary DuBose of Seneca, 2008 © Do Not Use Without Written Consent

In 1939, management of the land was taken over by Clemson, and the school, the United States Department of Agriculture, and the United States War Department reached an agreement allowing the area around the lake to be used for target practice. By 1942, Lake Issaqueena and its surroundings had become known as the Issaqueena Bombing Range. Around 4,000 acres were used for training flight crews during World War II from the Greenville Army Air Base, now called Donaldson Air Force Base. The range became a significant training ground after the attack on Pearl Harbor.

When the lake was partially drained in 1954 for ecological restoration, thousands of sand-filled M38A2 practice bombs dropped by MB-25s Mitchell bombers were discovered. While they were disposed of the following year, the lake had not been completely drained, leaving the possibility of more practice bombs lying on the lake floor. A site investigation was conducted by the United States Army Corps of Engineers in 2006; after that inspection, the lake was deemed safe.

A Clemson University student tradition has been sliding down the dam and swinging from a rope into the lake, despite posted warnings against both activities. The South Carolina Department of Natural Resources cut down the rope swing several times, though it would soon be replaced, presumably by students. Finally, the DNR cut the tree down after a student drowned. The tree’s stump and a platform used by people swinging into the lake remain. An iron fence to deter dangerous behavior was erected on either side of the dam in 2009.

Reflections on the Issaqueena Dam

Gary Dubose of SenecaClemson. The dam forms a small lake that is located in the Clemson Experimental Forest. This land was given to Clemson University during the Depression when the government was buying up land that had been abandoned by farmers. The area is popular today with hikers, joggers, and mountain bikers.”