According to the South Carolina Department of Archives and History, the Harriet Barber House was constructed in Hopkins in 1880. The house is an important landmark due to its ties to the SC Land Commission, whose goal was to give freedmen the opportunity to own land. Even though many freedmen lost their land over time, the land on which the Barber House was built has been owned by the same family since 1872. 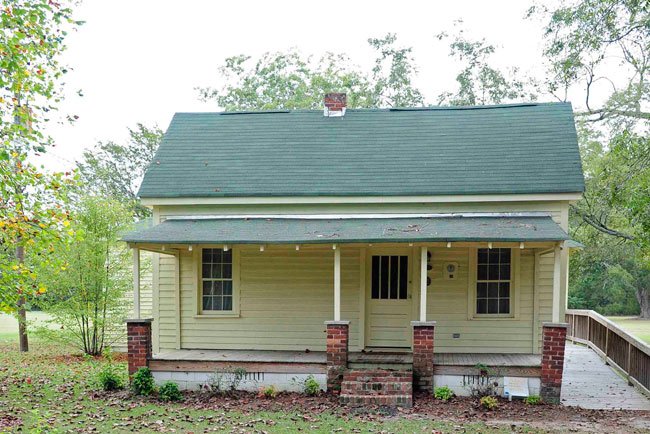 A former slave named Samuel Barber bought these 42 1/2 acres in 1872 and grew cotton on almost half of the land. Harriet, his wife, made the final payment in 1879 and received the title to the land. According to the Barber family, Samuel Barber founded St. John’s Baptist Church near Hopkins. 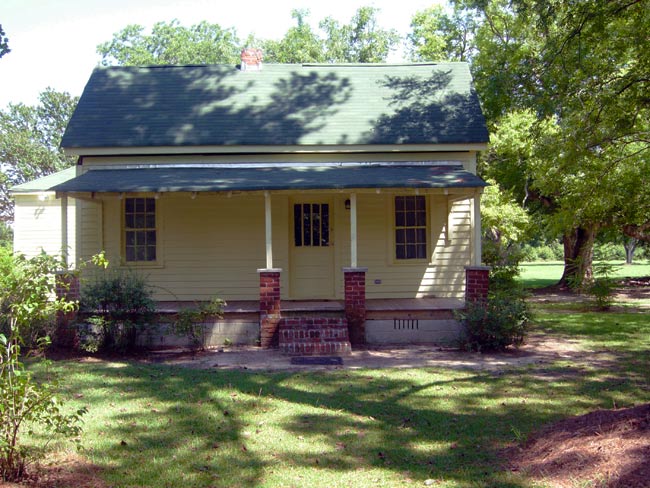 Samuel and Harriet Barber both died during the 1890s, and the land along with the house was passed to their son John, his wife, and their eleven children. John Barber continued to farm the land, but also was a public school teacher and a Baptist preacher throughout most of his life. John Barber passed away in 1957, and the house continues to remain in the Barber Family. 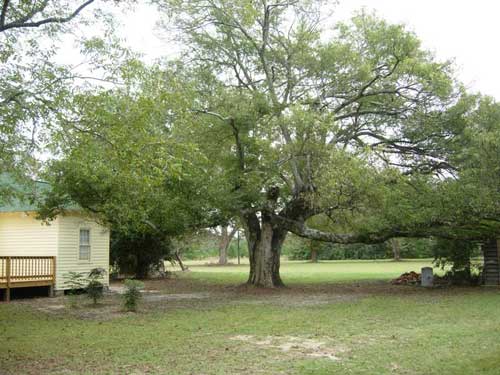 This majestic sugarberry tree pictured above is located on the Barber land, and was named a winner in the Treasured Tree designation by the Midlands Arbor Day Committee during Arbor Day 2009. According to Barber family tradition, the tree has always stood on the property purchased by Sam and Harriet Barber and is unique to the area. Family members attended a December reception at the Governors Mansion, honoring recipients of the Treasured Tree award from across the Midlands.

The Harriet Barber House is part of the South East Rural Community Outreach program, which is a coalition of representatives from Lower Richland community groups, historic sites, and local historians and preservation advocates who meet once a month to review projects and organize programs for this area.

The Barber House is listed in the National Register:

The Barber House, which according to family tradition was constructed ca. 1880 and expanded in the early twentieth century, is significant for its association during the late nineteenth century with the South Carolina Land Commission, a unique attempt by a southern state to give freedmen the opportunity to own land. Although many freedmen eventually lost their land, the land on which the Barber House is located has remained in the same family since 1872. The numerous additions made to the house in the early twentieth century reflect the growing prosperity of this African American family in the years after the Civil War. In 1872, Samuel Barber, a former slave, purchased the forty-two and one-half acre lot. In 1879, his wife, Harriet, also a former slave, made the final payment and received title to the property. According to family tradition, Samuel Barber founded St. John’s Baptist Church near Hopkins. After the deaths of Samuel Barber in 1891 and Harriet Barber in 1899, their son John and his wife Mamie Holly lived in the house, where they raised eleven children. In addition to farming the property, John Barber was a public school teacher for approximately forty-five years and a Baptist preacher for over sixty years. The house has remained in the Barber family. It is a rectangular, one-story, frame building with weatherboard siding. Various additions have been made to the rear of the house more than doubling the size of the building.