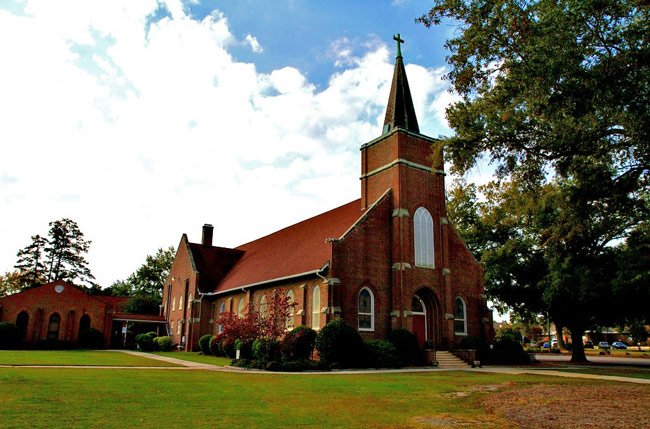 The congregation first met in a log cabin a little over three miles from this site at present-day Lake Murray. Three other churches housed the group along High Hill Creek as the congregation grew, built in 1800, 1843, and in 1881. In 1824 the South Carolina Lutheran Synod formed and first met at St. John’s Lutheran Church in Pomaria; Bethel Lutheran Church was an original member of the synod. 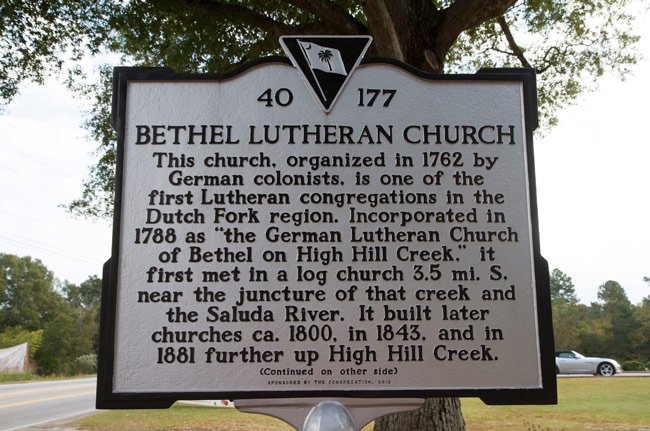 The church was forced to relocate from High Hill Creek in 1929 to make way for the construction of Lake Murray. A Lutheran church in White Rock had formed in 1893, called Mount Vernon, and the two congregations merged when Bethel’s sanctuary was condemned. The present brick Gothic structure was completed in 1930 for the newly-consolidated congregation, and the name of Bethel was retained from the High Hill Creek church. 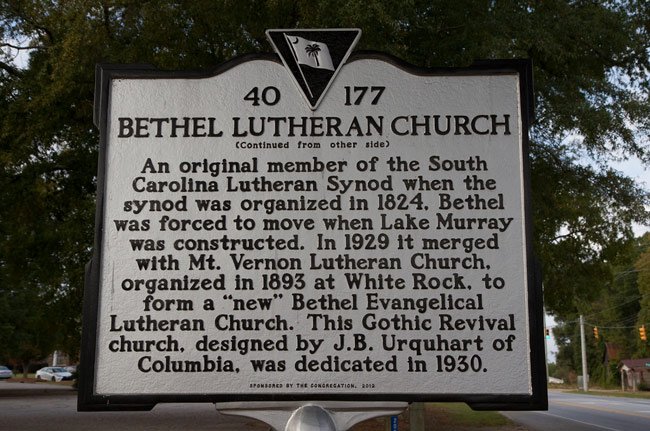