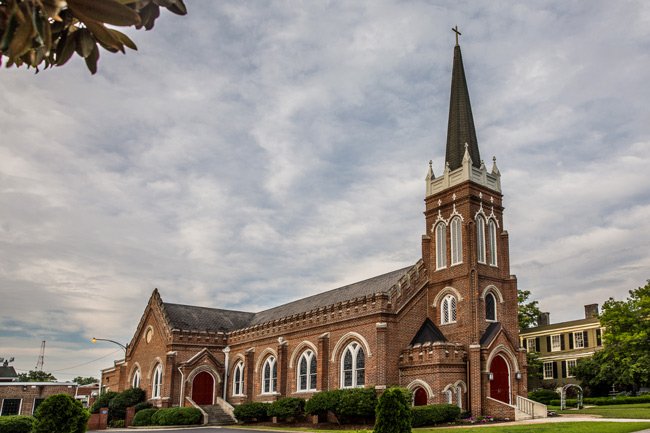 The church built its first sanctuary on Barnwell Street shortly after organizing. By 1886 it became its own parish. The church grew over the following years, and land for a new church was acquired on Blanding Street. Construction began on this brick Gothic Revival edifice in 1900 and was completed the following year. Local architectural firm Sams and Carter designed the distinguished building. 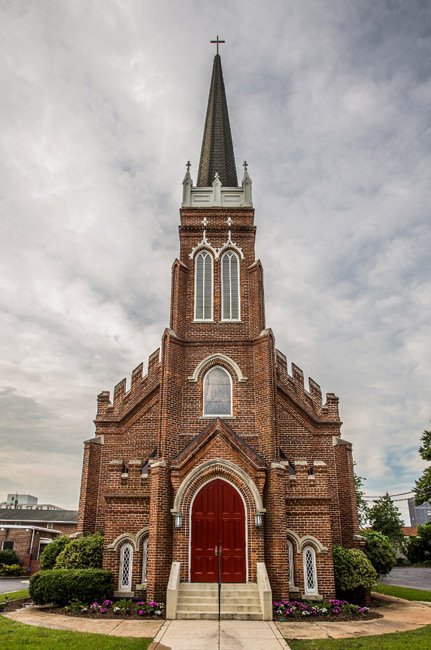 Notable features of the church include a brick parapets and a central tower that rises in three stages and leads to an octagonal spire. At some point in the late twentieth century the spire was removed due to structural damage. The church was without a spire for around a decade. After years of fundraising, a new spire was erected on the church tower, which graces the Columbia skyline. 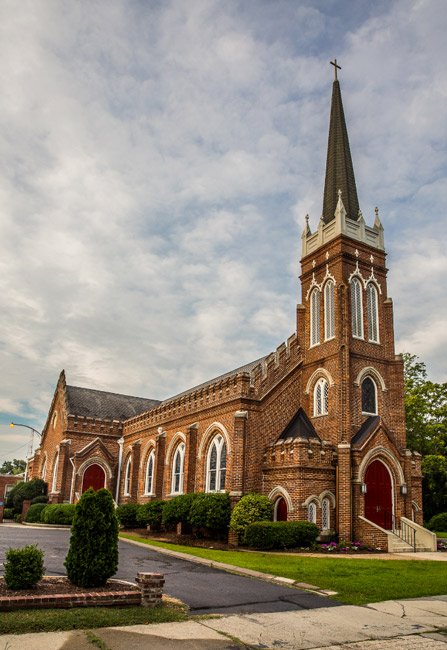 Today the Church of the Good Shepherd describes itself as an Anglo-Catholic parish and belongs to the Episcopal Diocese of Upper South Carolina. Each June the church performs mission work in the Appalachian mountains of North Carolina alongside groups from St. Joseph Catholic Church, also in Columbia, and St. Thaddeus Episcopal Church in Aiken. 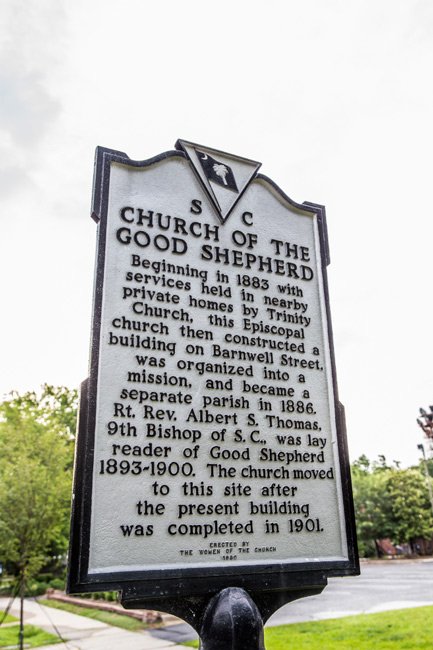 The Church of the Good Shepherd is listed in the National Register as part of the Columbia Historic District, II:

The Columbia Historic District II is a collection of 113 properties located in the northeast quadrant of the original city of Columbia. The majority of the buildings in the district were constructed as residences; however, many of them are now used for commercial purposes. The district also contains several religious properties. Most of the buildings in the district were constructed between the early nineteenth century and the 1930s; approximately fifty percent were built between 1900 and 1918. The district includes a wide diversity of representative architectural types and styles including Greek Revival, Gothic Revival, Victorian, Neo-Classical, Bungalow, and Four-Square. In addition, the Columbia Historic District II contains houses associated with numerous prominent citizens of Columbia, and residences and churches reflecting various aspects of the history of the city.

The neighborhoods of the district have developed around the pivotal buildings, the antebellum landmarks and the churches, in an ordered, consistent pattern. The consistency of scale, building setbacks, and landscaping create a sense of cohesiveness and unity in the district. Diverse materials (stone, brick, molded concrete block, wood) have been used with continued mutual co-existence establishing the district’s integrity. The modern intrusions within the district have generally been controlled by city zoning laws reducing their impact on the historic character of the district.

Plan Your Trip: Church of the Good Shepherd

Church of the Good Shepherd Map