Completed in 1874, Columbia City Hall is the second oldest government building in the capital city, bested only by the State House. Built of blue granite from Fairfield County, it was designed by architect Alfred Mullett, at the time United States Supervising Architect. In this position, Mullett designed federal buildings across the country, including south wing of the Treasury Department in Washington, D.C. 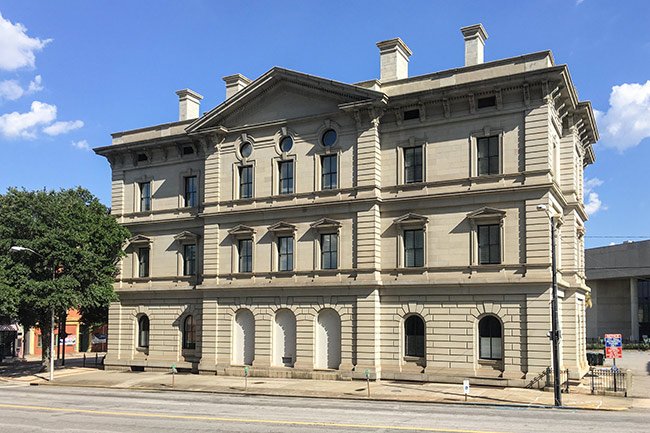 The building was constructed to serve as a United States Court House and originally boasted an octagonal skylight on the third floor to allow natural light into the courtroom. The skylight was later concealed by a series of drop ceilings for decades before finally being restored in 2013. A post office was housed on the first floor of the building until a new post office building, now the South Carolina Supreme Court Building, was erected nearby in 1917. 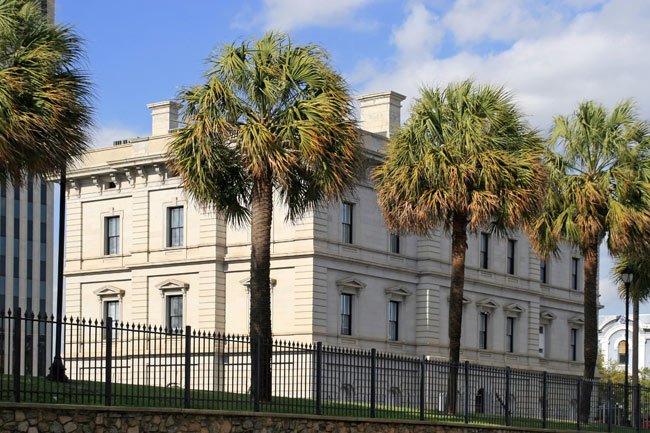 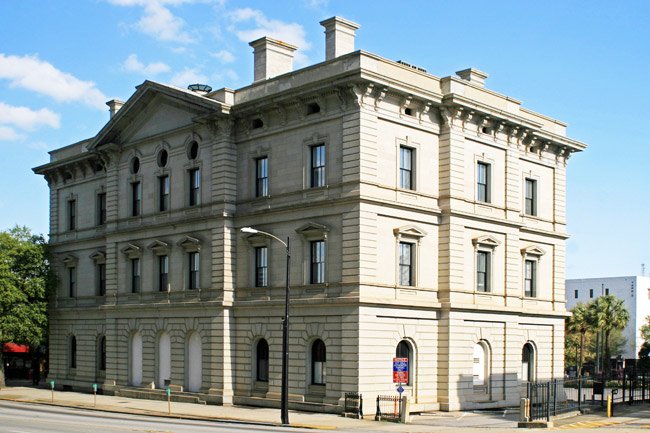 Columbia City Hall is listed in the National Register:

(Old United States Courthouse and Post Office) The Old Court House and Post Office is one of the most impressive buildings in Columbia commanding a prominent position on upper Main Street. Designed in 1870 by Alfred B. Mullett, it is a superb example of Renaissance Revival architecture. In 1865, Mullett was appointed to the office of United States Supervising Architect where he remained for fifteen years. In this capacity he designed post office buildings for the cities of Boston, New York, Philadelphia and others. He also designed the United States Mint Building in San Francisco and the south wing of the Treasury Department in Washington, D.C. The Columbia Post Office is well designed and executed. The smooth beige Fairfield County granite walls contrast with richly carved decorative elements to create a strong three-dimensional effect. The building has housed various functions of national or city government for nearly a hundred years. Inside its walls have operated the court system, postal business, internal revenue services, and, since 1937, the building has contained offices used by the city government. Aside from the State House, it is the oldest government building in Columbia.