Ruins from an old cemetery rest quietly in a Columbia neighborhood. A rustic sign identifies the roadside burial site as the Douglass Cemetery (officially known as Douglas Cemetery). The cemetery was established in 1908 as a nine-acre African-American graveyard by the Metropolitan Development Company, and records show that plots were drawn to maximize usable space with little regard to visitors or landscaping. It was developed on the original site of the State Fair. In 1914 Metropolitan Development defaulted on its mortgage, and the land – less the 131 cemetery lots it sold from 1908 though 1914 – was sold to the treasurer of Metropolitan Development who in turn sold it to the Douglas Realty Company in 1915. 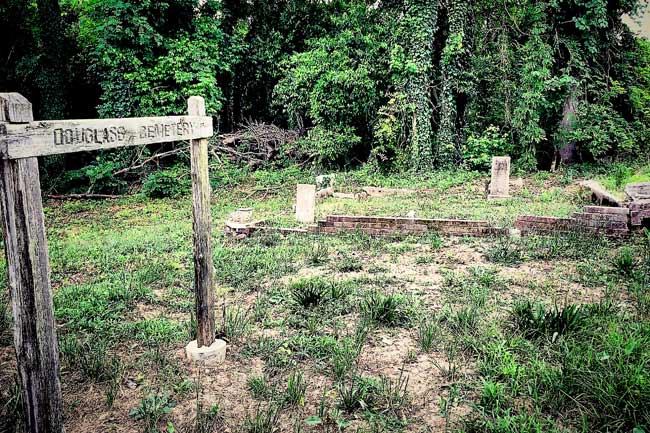 Despite this transaction, the property once again faced foreclosure and was back on the market by the end of that year. It was sold to the Douglass Memorial Cemetery Company in 1918. The extra –s on the name was a typo from a 1918 document; the official name uses just one –s. The cemetery continued to change hands over the years until it was sold to Hillcrest Memorial Cemetery in 1950, which in turn sold a tract to Park Street Pentecostal Holiness Church – originally called Riverside Pentecostal Holiness Church – in 1954 for five dollars. It appears the church built on top of existing burial sites with no effort to relocate them. The church also developed the Bernard Circle neighborhood during this period, also likely on top of African-American graves. Later that year the remaining five acres of land still owned by Hillcrest was also sold to the church, but this time the existing cemetery plots were excluded in the sale. The church then sold the five acres to a businessman in 1955, neglecting to except the burial sites in the sale. 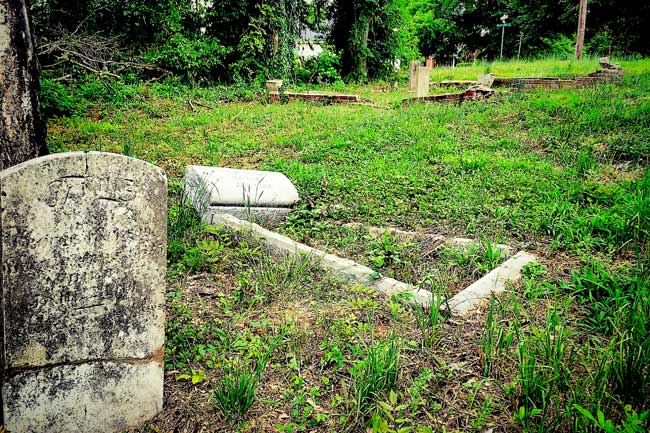 The property continued to change hands until half of the five acres was donated to the Catholic Archdiocese of Charleston. The remaining half was bought by the City of Columbia in 1988, which the city then traded with Carolina Wrecking, Inc. and bought back in 2008. Also in the late 1980s, the city acquired the Bernard Circle houses, which were subsequently demolished so as to relocate rail lines for the CSX Railroad. Today the cemetery property is held by six owners, including the City of Columbia, CSX Railroad, the Archdiocese of Charleston, and the Church of Christ, which eventually bought the church property from Park Street Pentecostal Holiness. 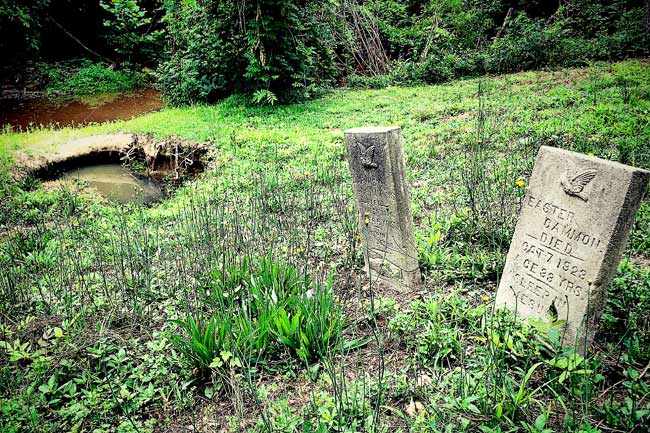 Though the original property was converted into a burial ground for local black residents, the cemetery was always controlled by white entities, including bankers and developers. Another nearby African-American cemetery, Randolph Cemetery, offered more affordable plots than Douglas; however, that cemetery was primarily used by black professionals and tradesmen. Despite the higher cost of Douglas Cemetery, those buried within it were poorer. Unsurprisingly, fewer plots were bought in Douglas Cemetery at the onset of the Great Depression. Yet over 1,000 people were buried at Douglas Cemetery during its operational years. 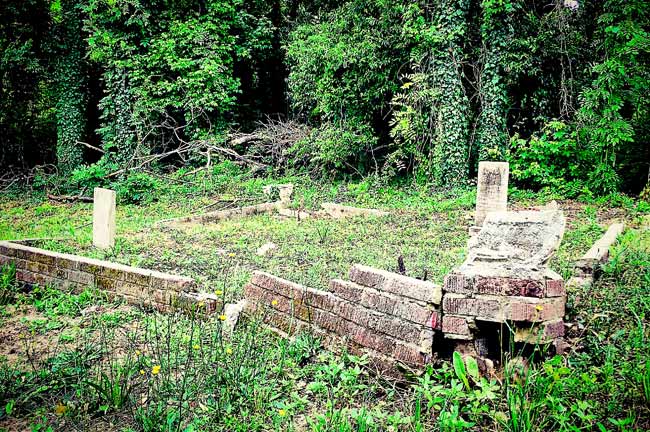 Today around four acres of the original nine are intact, though the acreage is in poor condition. The most intact portion is that owned by the Archdiocese. The last known burial at Douglas Cemetery occurred in 1979.