The Edgar A. Brown Building in Columbia is one of several state office buildings near the South Carolina State House that comprise the downtown pedestrian complex. The contemporary structures within the complex – such as the Blatt Building, the Gressette Building, and this one – were added in the 1970s and 1980s when Senate Street was removed in this area to create the walking-only government grounds. 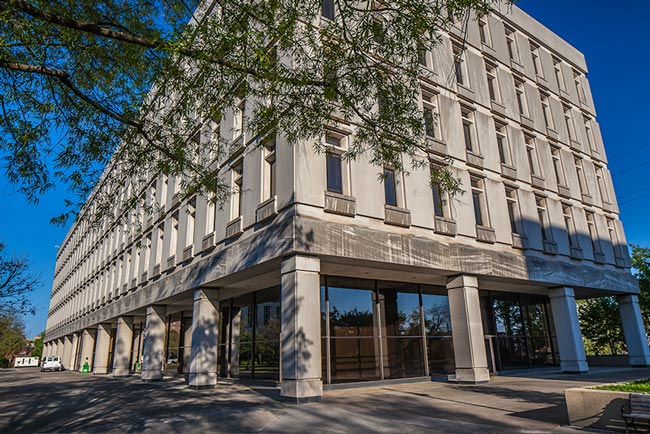 The Brown Building houses several high state offices such as the South Carolina Secretary of State. It is named for former senator Edgar Allan Brown of Barnwell County, who served in the state legislature in both the State House and the Senate for 50 years – from 1922 until 1972. Brown, along with two Barnwell County state representatives – Solomon Blatt, Sr., and Winchester Smith, Jr – and Joseph Emile Harley, governor from 1941 until 1942, allegedly were part of a secret political group known as the “Barnwell Ring.”

The Barnwell Ring was said to use its political power to influence South Carolina governance. One such attempt was the group’s opposition to Strom Thurmond‘s gubernatorial run in 1946. The Ring allegedly payed people to speak for the group’s conservative agenda and against Thurmond during Thurmond’s campaign speeches. Thurmond won despite the group’s tactics, but its reach extended into the General Assembly, where Blatt was elected Speaker of the House after only four years in office. Despite decades of political lore, the existence of the Barnwell Ring has never been confirmed.

Lake Edgar Brown, in Barnwell, is also named in the senator’s honor.