First Baptist Church of Columbia is known to history as the site of the South Carolina’s Secession Convention held on December 17, 1860. At the time, it was the largest structure in Columbia, making it an ideal location for this large gathering. The Ordinance of Secession was signed three days later in Charleston. 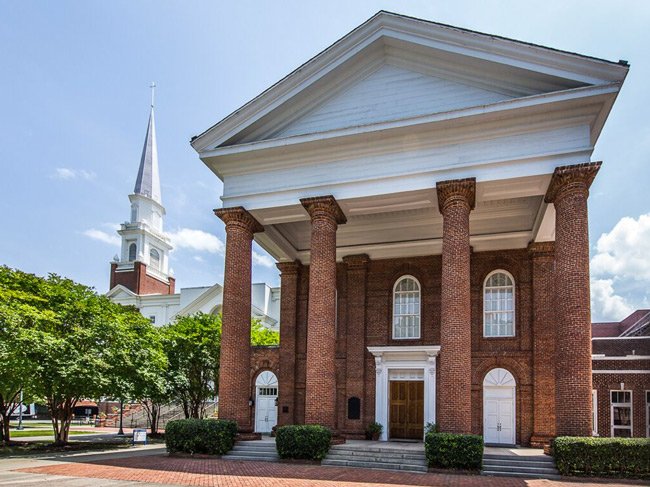 Though First Baptist’s congregation formed in 1809, the brick Roman Tuscan edifice shown here was not built until 1859. Its molded brick was painted brown some time around the turn of the twentieth century. In 1941 the sanctuary was enlarged. Several years later, in 1949, the paint was removed, revealing a variety of brick colors from light tan to red. 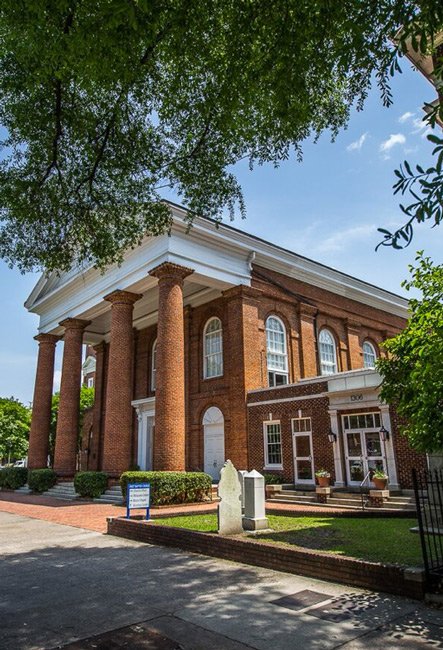 First Baptist Church of Columbia has grown exponentially over the decades, and in 1992 members began worshiping in a new sanctuary adjacent to this one. The modern sanctuary seats up to 3,400 people and can be seen standing behind the old church in the top photo. A Family Life Center was added to the church complex in 1999. The 1859 sanctuary remains part of the church campus. 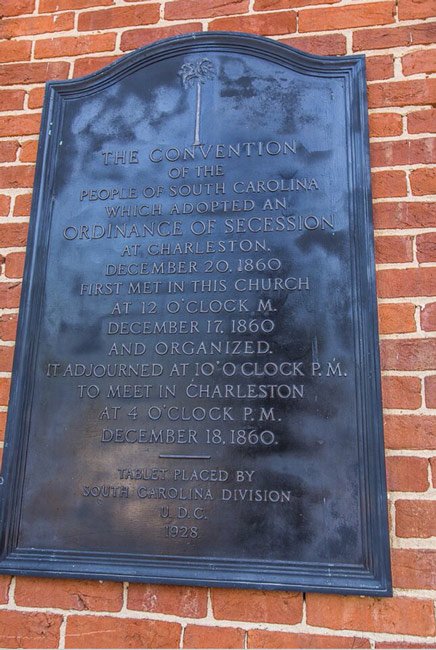 First Baptist Church of Columbia is listed in the National Register:

The First Baptist Church was the scene where the first southern state convention declared its separation from the United States of America. Delegates assembled here on December 17, 1860 and unanimously declared their intent that the State of South Carolina should secede from the Union. This act of separation, coming from a state of leading political prominence, carried an immediate momentum throughout the Gulf States and Georgia, inducing them to declare their own separation. Although the convention met for only one day at Columbia and signed the State’s Ordinance of Secession only after reassembling in Charleston, the intent of the State’s political leaders was clearly and publicly declared at First Baptist. Erected in 1859, the church building features a Roman Tuscan portico and Tuscan pilasters down the sides, all rendered in molded brick. Alterations to the building occurred in 1941 and 1949.