Wilson Jumper of West Columbia took this picture of George Washington, which is located in front of the State Capitol Building in Columbia. 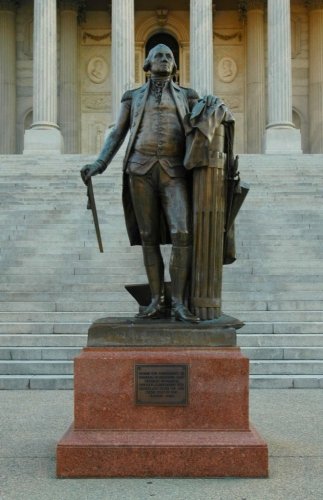 Construction begun on the building in 1851 and was suspended in 1865 as Sherman’s Union Army marched through Columbia. It was finally completed in 1907, and the copper-domed building has six bronze stars to mark hits from Sherman’s cannons.

Today the State Capitol Building is home to a number of monuments and memorials celebrating people who played a significant role in South Carolina’s history. They also commemorate those who fought and died for the state and the country.