This rural school building in Hopkins was built around 1897. It served white students within the quiet community that sits along the Congaree River. The one-story, two-room school was adequate for several years, but in 1914 a larger, two-story school was built across the street to accommodate a growing student body. Prior to acquiring the church across the street in 1919, the congregation of Hopkins Presbyterian Church met in the schoolhouse. 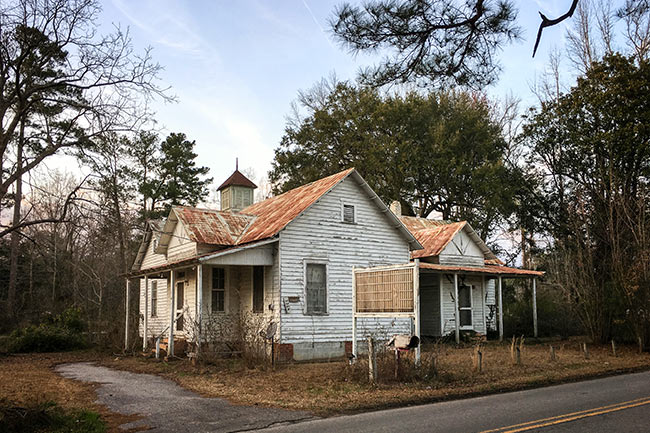 The former school building became the teacherage, or housing for teachers, for the new school. By 1916 the school no longer had use for the building, and it was acquired by a group of women who belonged to a philanthropic organization. 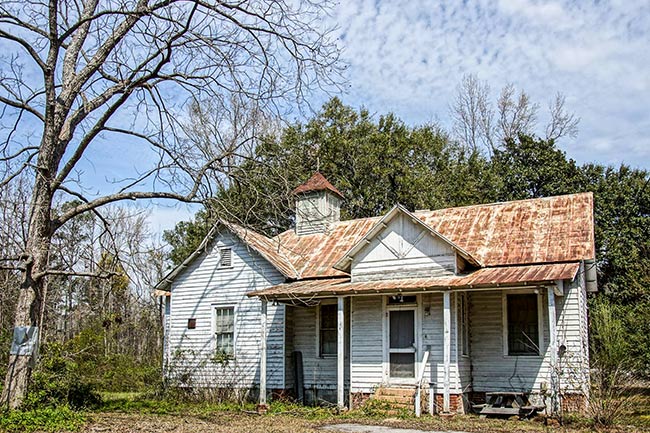 The group, called the Mizpah Circle of the International Order of the King’s Daughters and Sons, used the old school for their meetings. They renamed the building Old School Memorial and met here for over 90 years. Today the building is a single-family residence. 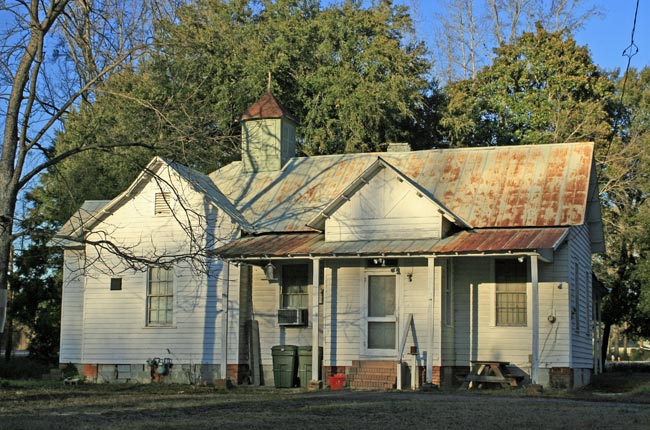 The Hopkins Graded School is listed in the National Register:

(Old Hopkins School) Hopkins Graded School is significant as an intact small, rural, late nineteenth century school, a rapidly disappearing building type. In addition, the school is significant in the history of education in the Hopkins community in the late nineteenth and early twentieth centuries. According to local tradition, the Hopkins Graded School was constructed ca. 1897 as a one-teacher school serving the white children of the area. Because of a growing enrollment, before 1914 a new two-story school was built across the road. After that the Hopkins Graded School building was used as a teacherage with the principal and his family being the first occupants. The school is a rambling, one-story building that has a L-shaped, frame core with weatherboard siding and a gable roof. A cross-gabled block is on the east end of the building, and three small cross-gabled entrance vestibules are on the east, south, and west elevations. A small square belfry with a pyramidal roof is located on the roof ridge at the east end of the L, and two brick chimneys pierce the ridge of the north wing of the L. The roof has purlins and rafter tails extended to carry deep eaves; roofing is modern sheet metal. 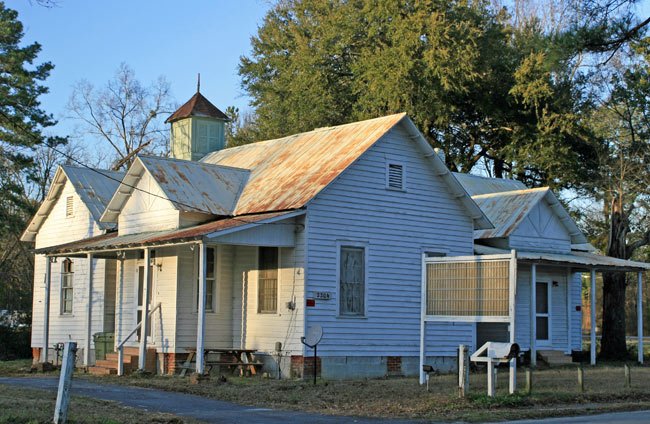 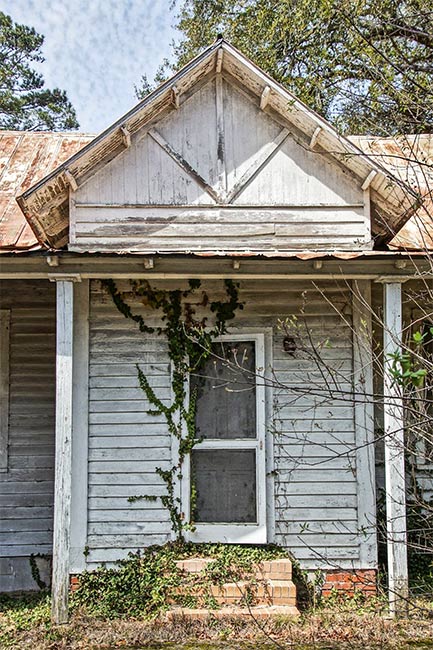