This rural church in Hopkins was built around 1891 for Hopkins Methodist Church. However, that congregation gradually dissolved, and by the early twentieth century the sanctuary was reclaimed by the small congregation of Hopkins Presbyterian Church. Prior to acquiring this building, the Presbyterians met at the Hopkins Graded School across the road. 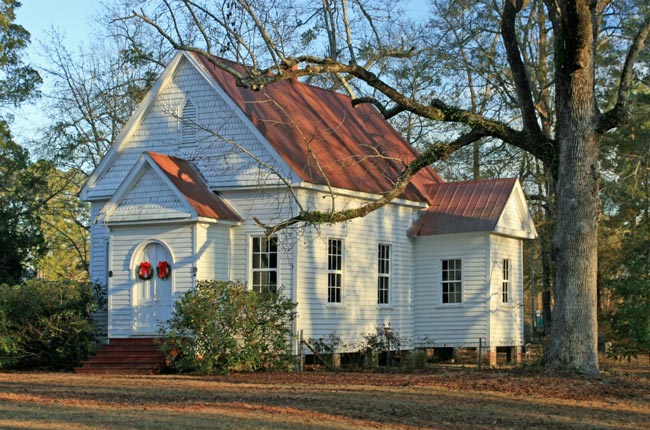 During the Presbyterian congregation’s early years, ministers from nearby Columbia Theological Seminary (now the Robert Mills House) in neighboring Columbia would travel to the schoolhouse and preach to the group. The church received a permanent minister after officially organizing in 1916, moving into this building three years later. The church remained small over the following decades and closed its doors in 1955 due to dwindling membership. Today the church building is maintained by the Hopkins Presbyterian Cemetery Organization. 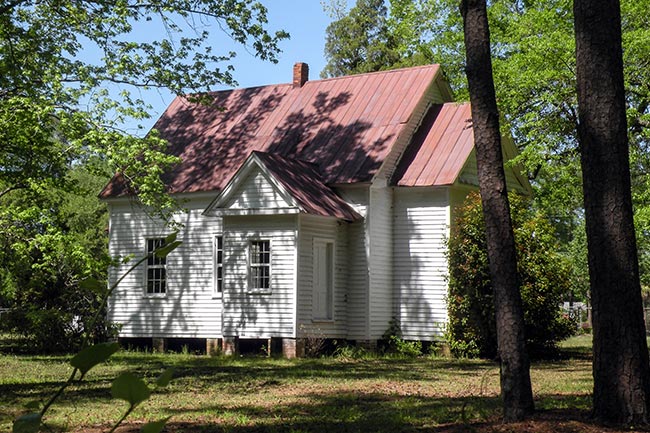 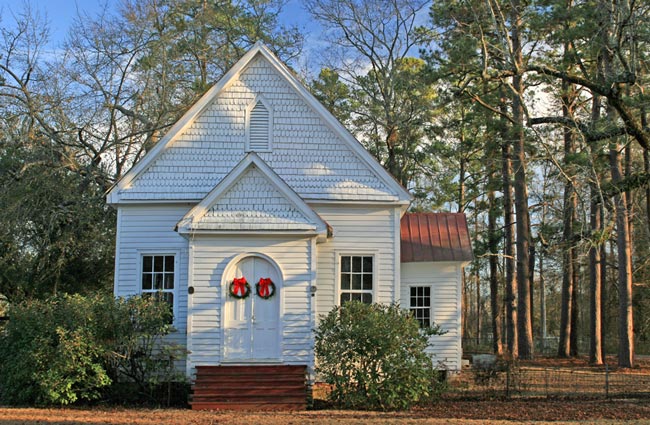 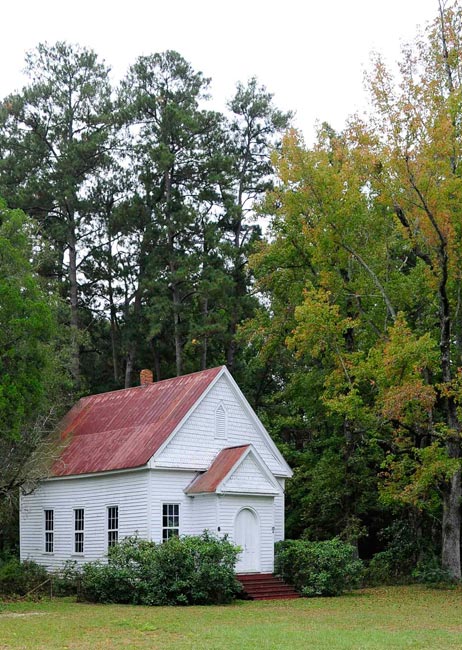 Hopkins Presbyterian Church is listed in the National Register:

(Hopkins Methodist Church) Hopkins Presbyterian is significant as an unusually intact example of a small nineteenth century, rural church. Distinctive architectural features of the building include the round-arched entrance, the imbricated and squared shingles in the gable ends, and the tripartite window on the rear. The building was built ca. 1891 for the Hopkins Methodist Church, but the congregation lapsed, and in 1919 the building was purchased by the Hopkins Presbyterian Church. The congregation began in the late nineteenth century as a small group which met in a nearby school building. A student from the Columbia Presbyterian Seminary preached to the group two Sundays a month. This continued until 1916 when Hopkins Presbyterian Church was formally organized. The congregation was small; there were fifteen charter members. By 1937 there were 41 members, but in 1955 the membership had grown so small that services were discontinued. Today the church and cemetery are maintained by the Hopkins Presbyterian Cemetery Association. The church is a small, one-story frame building. The interior includes the small vestibule and a modest sanctuary with beaded-board walls and ceiling. Surviving original furnishings include wooden pews, pulpit chairs, a lectern, a communion table, and a pump organ. The large church lot contains a cemetery.