Palmetto Health Baptist Hospital in downtown Columbia has been providing health care to South Carolinians for 100 years. Over the past century the hospital has evolved and expanded to meet the changing needs of the community, and in the process, has been first-in-the-state for several advancements in health care. 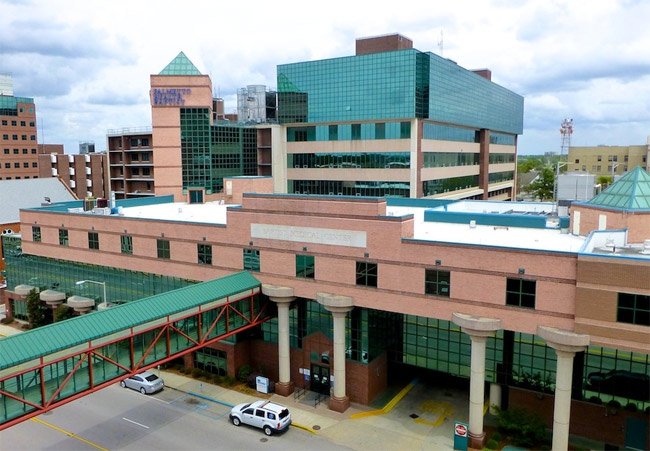 The hospital was begun by local doctor Dr. Augustus B. Knowlton in the early twentieth century. After Dr. Knowlton’s death, his widow invited leaders of the 1914 South Carolina Baptist Convention to invest in the small hospital started by her husband. The Convention leaders agreed, and South Carolina Baptist Hospital opened on September 1, 1914, along with a nursing school that graduated more than 1,300 nurses before its closing in 1966.

Technological advancements during the 1950s saw the addition of a radiology school, and a medical technology school was founded in 1963. It was also during this time that the hospital started its pastoral care program. Tending to the whole patient was always an important goal of South Carolina Baptist Hospital, which saw itself as fulfilling a medical mission. This focus on patient care led to the development of South Carolina’s first hospice program here in 1979.

The following year the hospital became Baptist Medical Center Columbia. The 1980s proved to be a decade of several firsts for the institution, including the acquisition of a lithotripter, which uses shock waves to treated kidney stones, and the state’s first mobile mammography van.

In 1998 Baptist Healthcare Systems of South Carolina merged with Richland Memorial Hospital to create Palmetto Health, though after nearly 100 years, people familiar with the downtown facility still refer to it as Baptist Hospital – and likely always will.