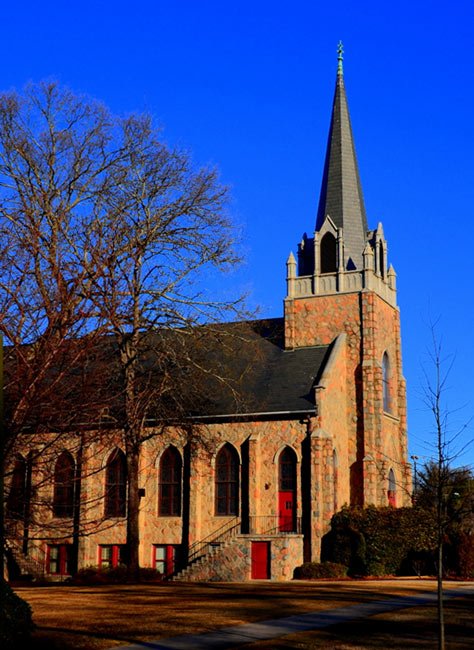 Thomas R. Haggard of Columbia, 2015 © Do Not Use Without Written Consent

As the Shandon neighborhood developed, the congregation also grew and eventually needed more space. In 1929 the current stone edifice was built on Woodrow Street. Over the years the church continued to expand in membership and building space to become the vibrant community church it is today, supporting local groups such as the Presbyterian Student Association of the University of South Carolina and the oldest continuously chartered Boy Scout Troop in South Carolina. Shandon Presbyterian Church is affiliated with the Presbyterian Church in the United States of America, or PC-USA.