Trinity Episcopal Cathedral dates back to 1812, when its first congregation gathered to build a small, wooden church on the corner of Columbia’s Gervais and Sumter streets. The church was completed in 1814, but by 1845 – just over three decades later – well-known architect Edward Brickell White had been commissioned to create a more elegant edifice. White, who modeled Trinity’s new home after England’s Yorkminster Cathedral, also designed the steeple of St Philip’s in Charleston. A wrought iron fence surrounds Trinity’s famous graveyard, where several famous South Carolinian’s are buried. 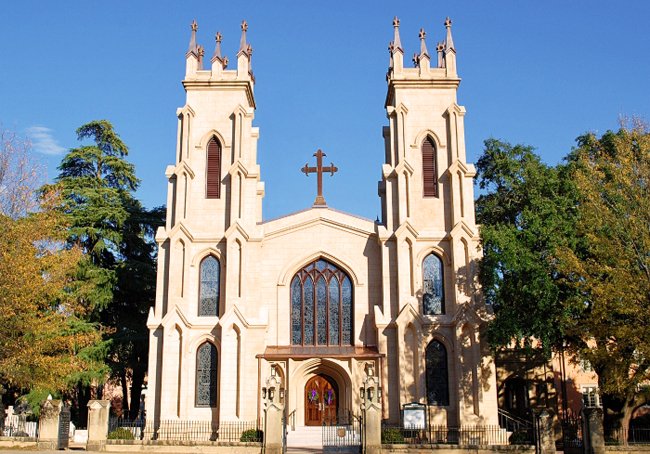 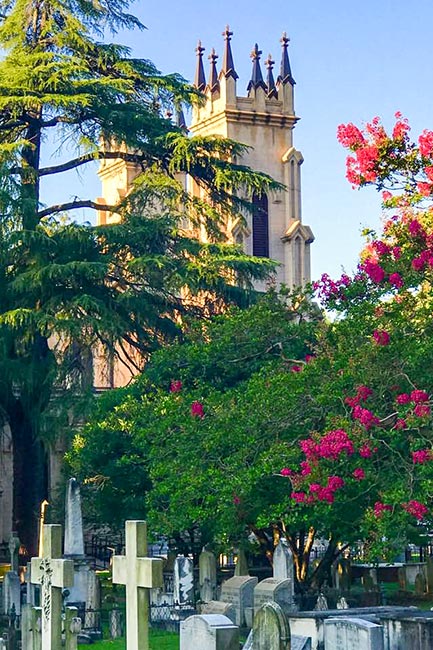 Howard Hunt of Columbia, 2018 © Do Not Use Without Written Consent 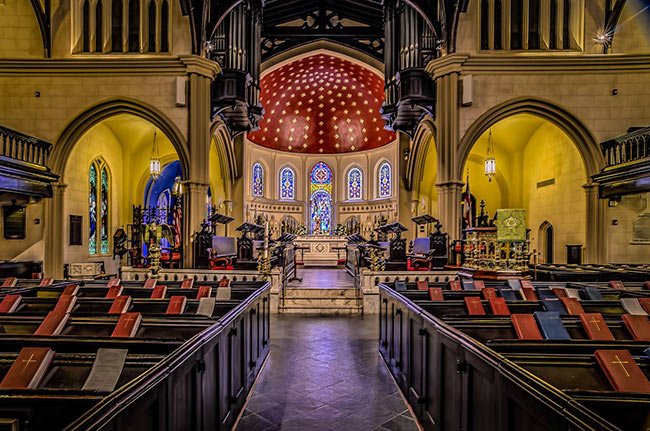 Remarkably, Trinity Episcopal was spared in Sherman’s March of 1865. The march destroyed a third of Columbia, and most of the buildings around the cathedral burned down. 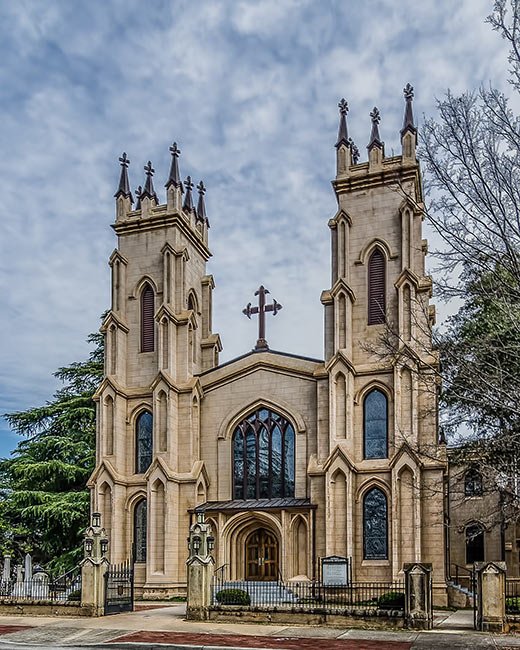 Sherman was a Roman Catholic, so Trinity was disguised to match this denomination. Its Episcopal symbols were taken away, and in their place, papier-mâché crosses were added to the roof. 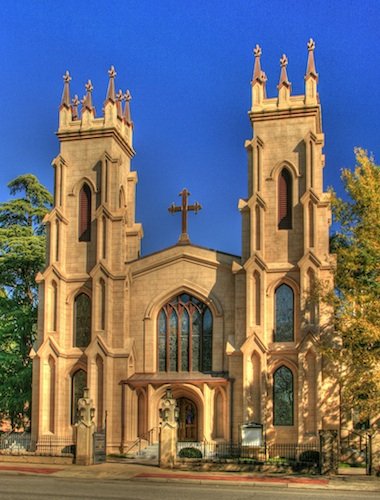 In 1971, Trinity Cathedral was listed on the National Register of Historic Places. In 1976, the Diocese of Upper South Carolina voted to make the church its cathedral parish, which means it now serves as the head church. 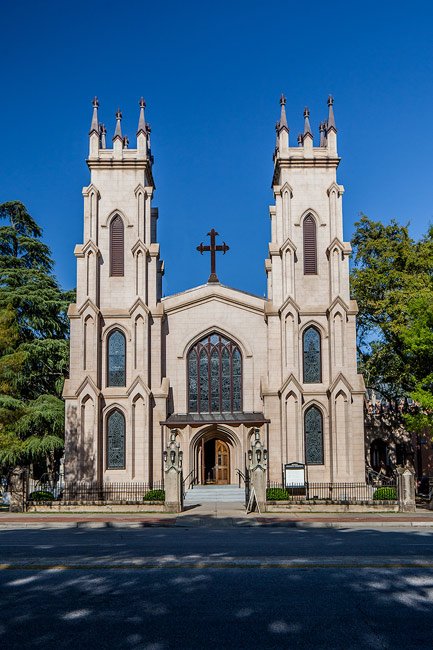 Trinity Episcopal Cathedral is listed in the National Register:

Trinity Episcopal Church’s chief significance is architectural. It was designed ca. 1840 by Edward Brickell White, who also designed the steeple of St. Philip’s Church and Grace Church in Charleston. Modeled after Yorkminster Cathedral in England, the church is an example of English Gothic Revival style with a cruciform shape, two ornate front towers, arched oak doors, and four-shouldered buttresses. It is one of the earliest examples of ecclesiastical Gothic architecture in the South. Most of its stained glass windows were imported from Munich ca. 1860 and its marble baptismal font was designed by Hiram Powers. Founded in 1812, the first frame church building was completed in 1814. The present building was begun in 1845 and finished in present form 1894. The towers and nave were constructed first, with the transepts added and chancel extended in 1861-1862 under White’s direction. The church escaped burning in 1865 by General W. T. Sherman, who was a Roman Catholic, by the removal of its “Episcopal” signs, and the placing of papier-mâché crosses on the edges of its roof. Buried in its adjacent historic graveyard are five South Carolina governors, two Revolutionary War officers, three Confederate generals, the poet Henry Timrod, the three Wade Hamptons, surveyor John Gabriel Guignard, and Dr. Thomas Cooper. Listed in the National Register February 24, 1971.