Artist Blue Sky (born Warren Edward Johnson) is known in South Carolina primarily for his trompe l’oeil murals and larger-than-life sculptures. Many are located in the capital city, but others can be found as far away as Union, Florence, and Darlington (see Old Darlington Public Square). The Columbia native is an alumnus of Dreher High School and earned both undergraduate and graduate degrees from the University of South Carolina. His work has appeared nationally – including in the Smithsonian – and among his many awards is South Carolina’s highest civilian honor, the Order of the Palmetto, which he received in 2000.

Tunnelvision, probably Blue Sky’s most well-known work, is adjacent to his giant hydrant sculpture and painted on the wall of the AgFirst Farm Credit Bank at Marion and Taylor Streets, a building soon to be converted into apartments. However, the public art will remain intact on the building when the building becomes living space. Unveiled in 1975, the mural gives the illusion of a tunnel heading into a sunset landscape. 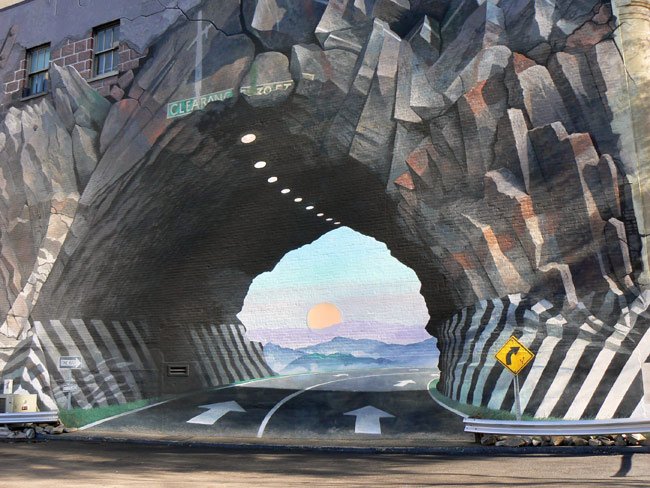 Blue Sky says that the vision for this piece came to him in a dream, hence the mural’s title.The 50-x-75-foot painting took Blue Sky a year to complete, for which he was paid $3,000 by the Arts Commission. 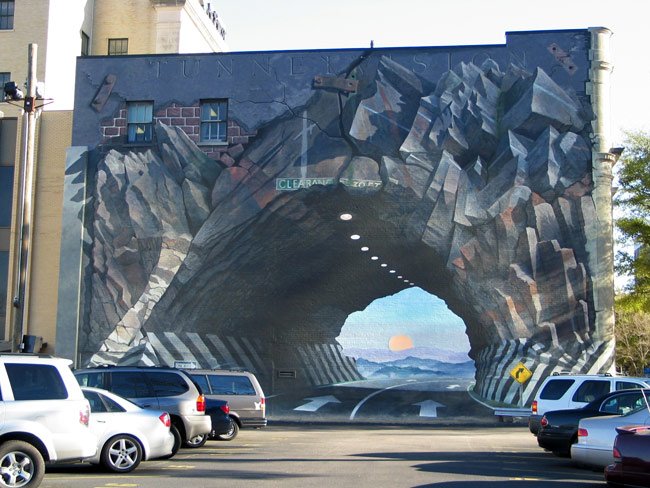 Busted Plug Plaza, a 40-foot-tall concrete, steel, and aluminum sculpture, is also located at the corner of Marion and Taylor Streets in downtown Columbia. The project took 14 months to complete and included the direction of an architect, a structural engineer, and a general contractor. It was unveiled in 2001 and remains the largest fire hydrant in the country. 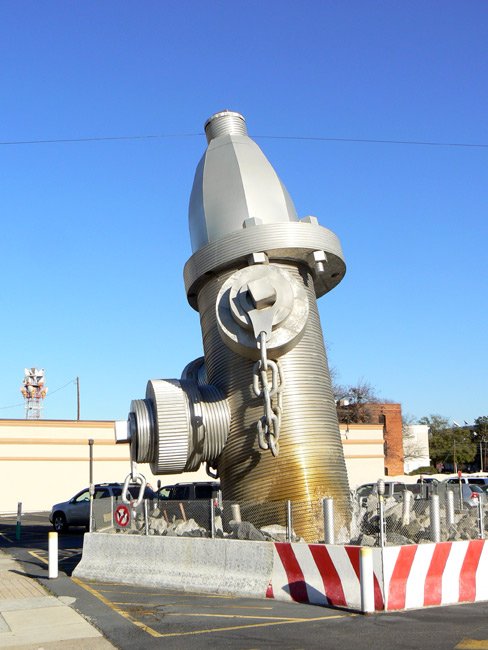 Neverbust Chain, is a permanent art installation done by Blue Sky in 2000. While the links of the chain appear to be too large to be real, they are actually made of steel. The pieces were welded together and the project proved large enough that it required 2,000 pounds of hydraulic pressure to complete the last link of the chain. The whimsical installation was installed without prior approval from the city. Owners of each building the chain touches granted permission, but since the chain hung over city property, their approval was needed for the piece to remain. After the installation, approval was almost instantly granted by the city, as they recognized the importance of having another of the artist’s pieces on display. Blue Sky was asked the significance of the chain, to which he replied “One building looked like it was leaning a little bit.” The installation can be found on the corners of Main and Hampton Streets, across from the Columbia Museum of Art. 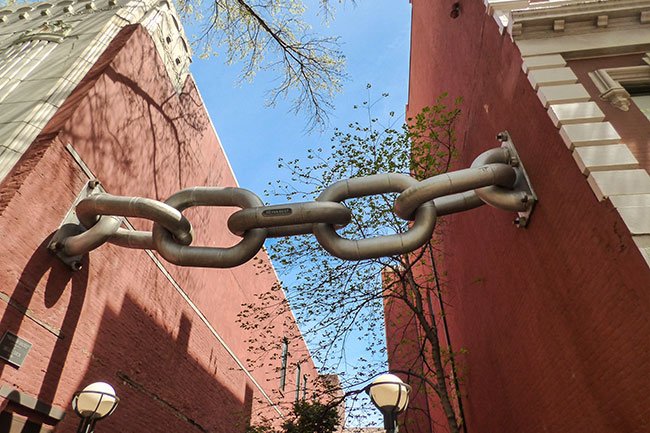 Cortney Price of Camden, 2018 © Do Not Use Without Written Consent