This brick duplex on the campus of the University of South Carolina School of Medicine in Columbia was designed by architect J.E. Miller and built in 1932. Originally home to the William Jennings Bryan Dorn Veteran Affairs Hospital – better known simply as the Veterans Hospital – the campus was built in just one year, beginning in November of 1931 and completed in November of 1932. The duplex seen here served as housing for hospital staff. 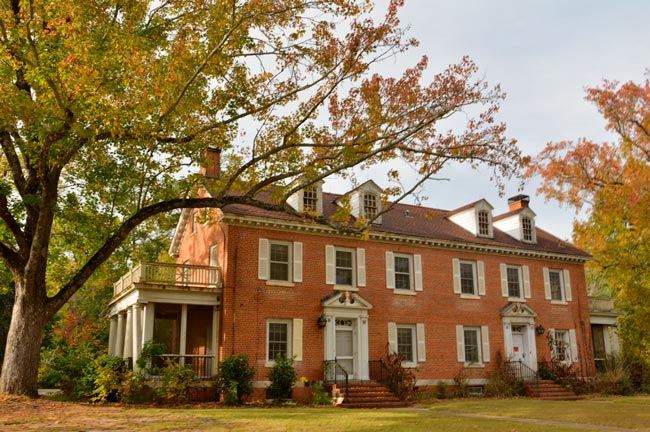 Blake Lewis of Shaw Air Force Base, 2014 © Do Not Use Without Written Consent

By the 1970s the University of South Carolina applied for a grant from the Veterans Administration to develop a medical school affiliated with the Veterans Hospital in Columbia. By 1977 the USC School of Medicine had opened on the hospital’s historic campus, which had been renovated to accommodate a modern medical school, while a new Veterans Hospital had been built adjacent to the former site. Clinical departments for the school are now located in Richland Medical Park in central Columbia. 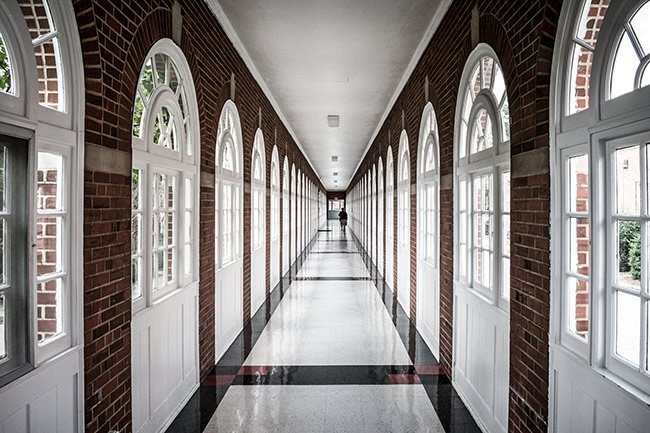 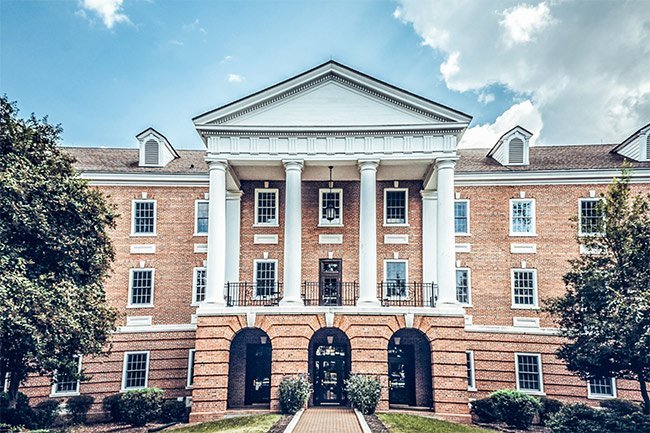 The campus of the USC School of Medicine is listed in the National Register as the Veterans Hospital:

The William Jennings Bryan Dorn Veterans Affairs Medical Center, University of South Carolina School of Medicine Historic District, referred to by its historic name Veterans Hospital, is nationally significant in the areas of architecture and health care. The historic district is representative of early to mid-twentieth century institutional architecture, and as an “architectural set” of hospitals completed throughout the country, represents a major shift in veterans health care by segregating patients based on affliction. The original buildings date to 1932, with additional buildings completed in 1937, 1945, 1946, with a large expansion in the 1970s.

The campus is also significant on the local and state level for architecture, economics, and social history. The architecture attempted to reflect local character, and during the early years of the Great Depression, the construction of a large, federally funded hospital campus promised an infusion of money. Competing with other states, South Carolina won the new hospital and then witnessed a keen competition among its own cities and towns for the location of the campus. Columbia’s pursuit of the new hospital coincided with a local booster period and helped identify it as a significant, centralized city. The siting of the hospital just outside the city limits helped generate residential and commercial development in the area. Nineteen buildings and a covered walk contribute to the character of the historic district. Most of the oldest buildings feature a Georgian Colonial Revival architectural style. Vernacular structures for laundry, storage, engineering and maintenance are hidden behind the larger high-style hospital, recreation, dining, and residential buildings. The district also contains the historic landscaped front lawns which retain historic design concepts and trees. 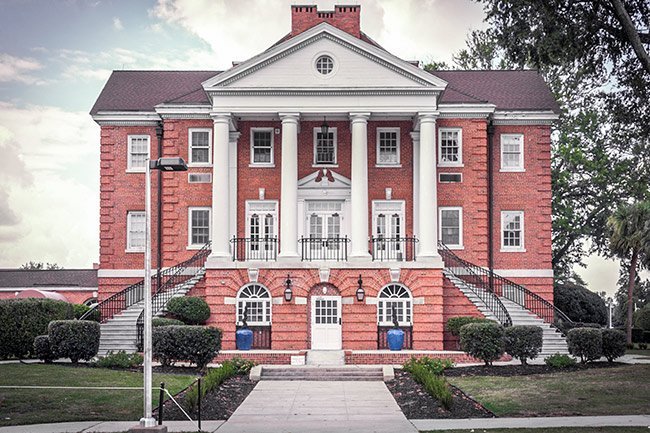