This Italianate home in downtown Columbia is frequently called the Woodrow Wilson Home or the Thomas Woodrow Wilson Boyhood Home, though the 28th President of the United States of America lived here for only four years during his early life. The home was built in 1871 by Wilson’s father, the Reverend Joseph Ruggles Wilson, a professor at neighboring Columbia Theological Seminary (now the Robert Mills House). 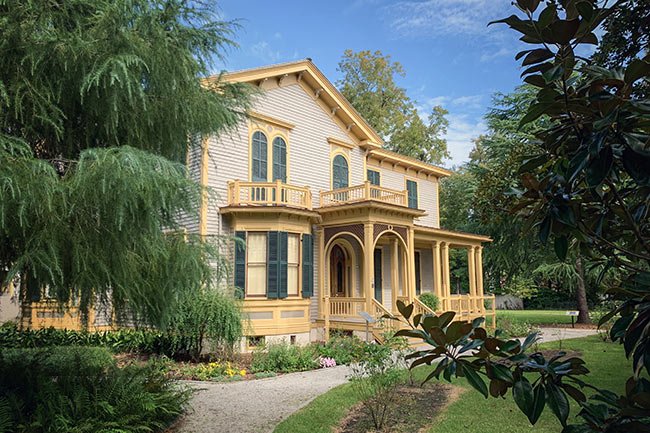 The Reverend Wilson was also the minister of First Presbyterian Church of Columbia, where his son – known in his formative years as “Tommy” – became a member. The family moved to Wilmington, North Carolina, in 1874, though Thomas Woodrow Wilson remained a member of First Presbyterian Church of Columbia for the duration of his life. His parents are interred in its churchyard. 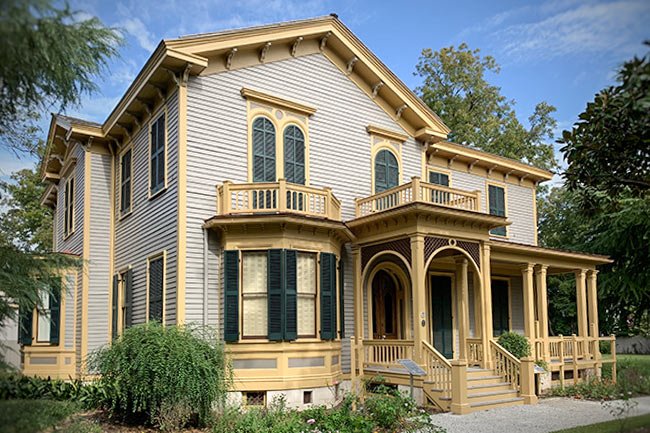 Wilson’s mother, Jessie Wilson, designed the gardens of their Columbia home, which included tea olives, crepe myrtles, and camellias. Many of the home’s older shrubs are thought to have been planted during the Wilsons’ occupancy. Today the residence is owned and operated as a house museum by the nonprofit organization Historic Columbia. 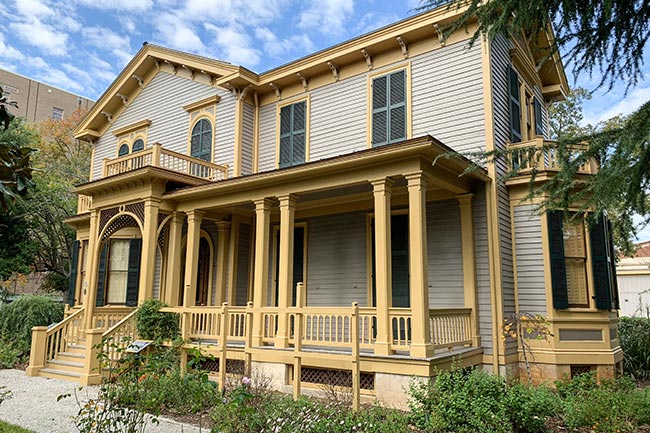 The Thomas Woodrow Wilson Home is listed in the National Register:

Built in 1872, in the then popular “Cottage Style” and bearing the theme of a modified Tuscan villa of unquestionable Andrew Jackson Downing inspiration, the Thomas Woodrow Wilson Boyhood Home is one of the best examples of Italianate “Cottage Architecture” in South Carolina. Remaining virtually as built, the home where Woodrow Wilson spent part of his boyhood today provides a glimpse into the world of the 1870s which influenced the boy who became the twenty-eighth President of the United States. The home was built by the Reverend Joseph Ruggles Wilson, professor at the Columbia Theological Seminary from 1870 to 1874, minister of the First Presbyterian Church from 1871 to 1873 and father of Thomas Woodrow Wilson. The family occupied the house until 1875 when the Wilson’s moved from South Carolina. Restored by Historic Columbia Foundation, the house contains gaslights of the period, 1870s oak graining, and original iron mantels painted to resemble marble. The lawn, which is surrounded by a picket fence, contains tea olives, magnolias and dogwoods planted by the Wilson’s. 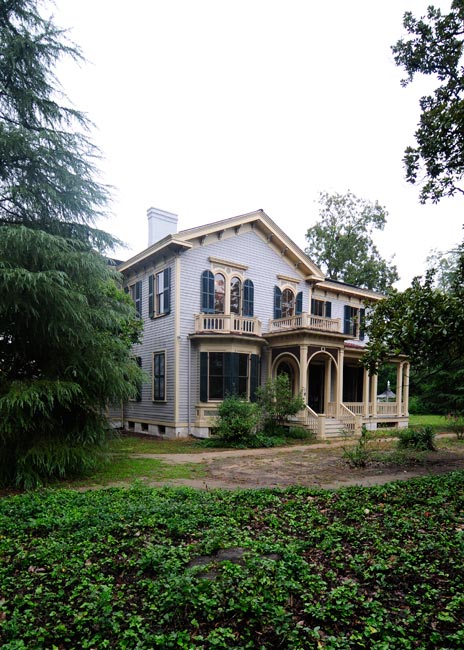