The Saluda County Courthouse is located in downtown Saluda and is home to several monuments celebrating this area’s history. Originally called Butler County, the county was renamed Saluda two days after its incorporation in honor of the river which forms its northern border. The word “saluda” comes from the Cherokee Indians and means “river of corn.” 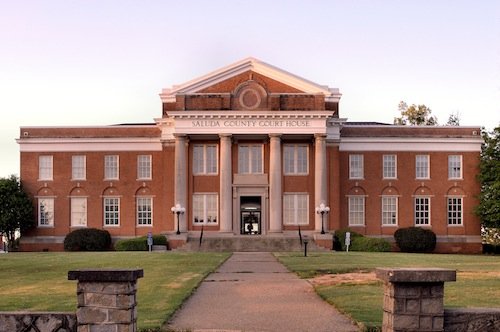 The Saluda town clock stands in front of the courthouse, along with the Bonham and Travis memorial which honors heroes of the Alamo (and Saluda County natives!) William Barret Travis and James Butler Bonham. 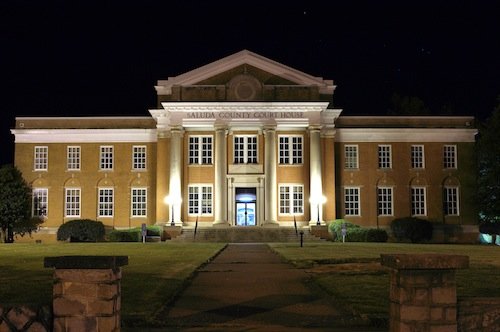 Learn more about the Battle of the Alamo and Travis and Bonham’s brave feats.