This simple Greek Revival church in the Saluda County town of Ward was built in 1873, nearly 70 years after this congregation formed. As early as 1805 local Methodists were meeting in the home of John Spann. Bishop Francis Asbury recorded two visits to the congregation at Spann’s home in 1807 and in 1811. 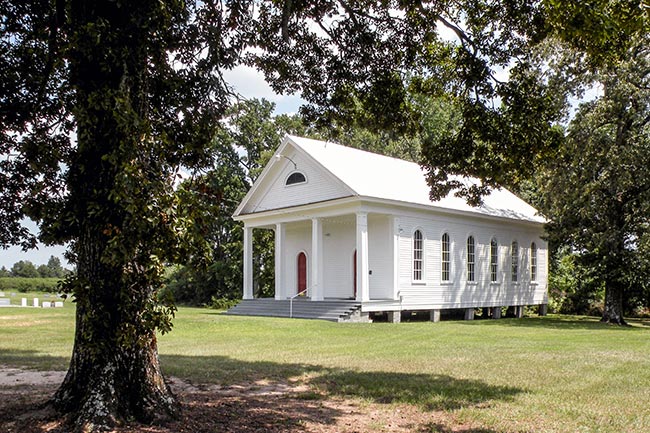 A few years later a meeting house was constructed to house the congregation, located several miles from the present site. Church records indicate that Spann Methodist was on the Bush River Circuit in 1817 and on the Saluda Circuit by at least 1830. In 1839 there was a small controversy here over whether or not the church should allow an academy to meet here. The proposal was rejected. 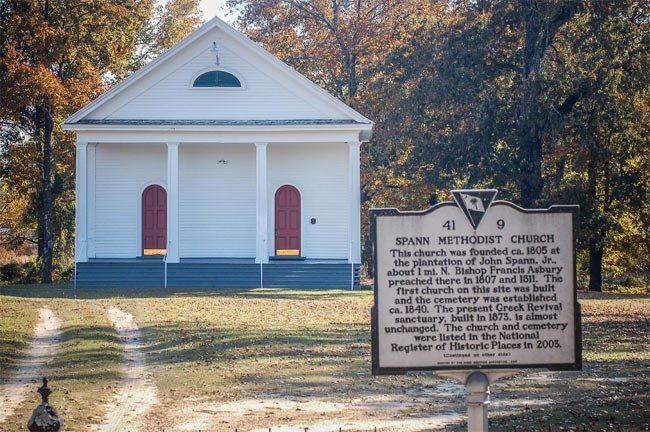 The meeting house was moved to this site in the early 1840s and the cemetery was established on the property. The earliest headstone from the cemetery dates to 1842. The church sold the vacant property left behind when the building was moved. 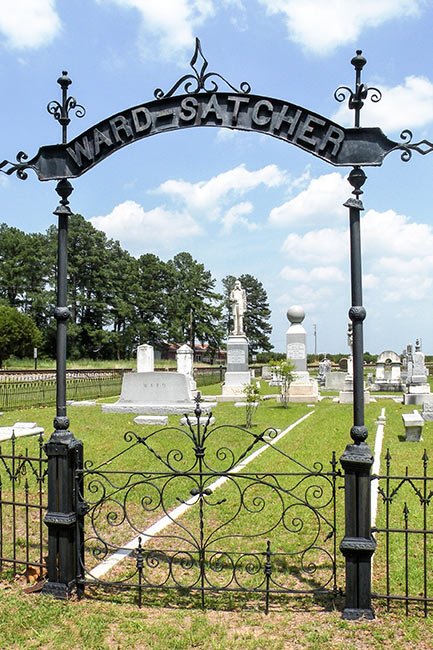 By the early 1860s the Charlotte, Columbia, and Augusta Railroad had come to the area, and a depot was built on the former farm of resident Clinton Ward. From that point the community was known as Ward’s Depot or Ward’s Township, and today it is known simply as Ward. The community grew as a result of the railroad, which passes in front of the church, and by the 1870s the congregation of Spann Methodist was ready for a new edifice. The current church was completed in 1873. 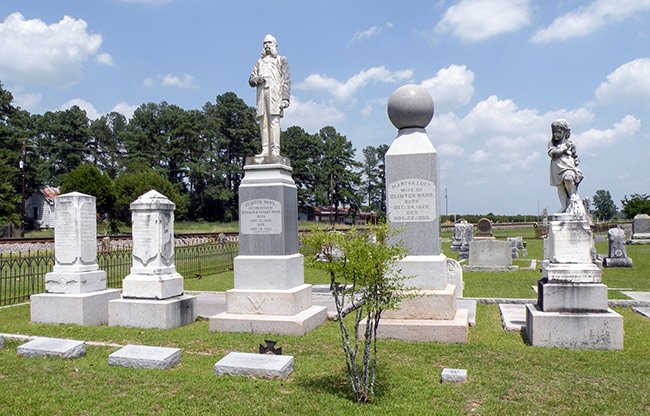 As the town grew, the cemetery adjacent to Spann Methodist was used for all local burials. The graveyard is noted for its funerary art, much of it dating from the late nineteenth and early twentieth centuries. Three monuments in the Ward Satcher section of the cemetery honor Clinton Ward, his wife, Martha, and their daughter, Josephine, who died at the age of six. The church and cemetery are maintained today by the congregation’s remaining members, who numbered six in 2003. 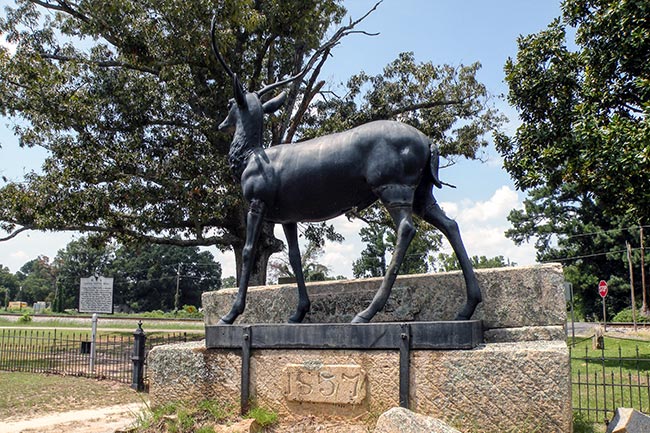 Spann Methodist Church is listed in the National Register, which adds the following:

Spann Methodist Church, constructed in 1873, is architecturally significant as a remarkably intact example of a vernacular meeting house that illustrates provincial faithfulness to the Greek Revival while alluding to the Romanesque Revival. The two-bay wide by six-bay long temple-form frame building features an engaged tetrastyle portico with a pedimented gable roof on the façade and an open bed pediment at the rear. Pilasters at the front corner of the building reflect the portico’s square tapered wooden pillars with recessed panels. The round arched windows and doors and the louvered lunette in the pediment, both allusions to the Romanesque Revival movement of the late nineteenth century, soften the austere lines of the building and distinguish it from other vernacular meeting houses in rural South Carolina.

The cemetery includes a significant collection of funerary art from the late nineteenth and early twentieth centuries. Many of the grave markers reflect the Victorian sentimentality and preoccupation with the rites of death. They include popular motifs and forms such as weeping willows, lambs, tree stumps, obelisks, and a draped urn. The oldest marked grave dates to 1842. Spann Methodist Church and its cemetery are also important for their association with the early development of the town of Ward and its founder, Clinton Ward. The church and its pastoral setting are remarkably intact.