Brandon Coffey, a dear friend who also worked at the South Carolina Picture Project for over two years, has contributed hundreds of photographs to both the South Carolina Picture Project and SouthCarolinaPlantations.com. In addition to having been my “partner in crime,” I believe he is the best architectural photographer in South Carolina. He has a special passion for our state’s abandoned buildings and its historic plantation homes. Brandon is also simply an incredibly special human being, and I was blessed to be able to spend so much time with him. The following is an article I wrote about Brandon over seven years ago now, back when I was first getting to know him.

A few years ago, someone named Brandon Coffey started sending us pictures of plantations around the state. One week he’d send us shots from Colleton County; the next week it’d be Calhoun. As the photos rolled in, the wheels of our imagination started to turn. Who was this masked man? 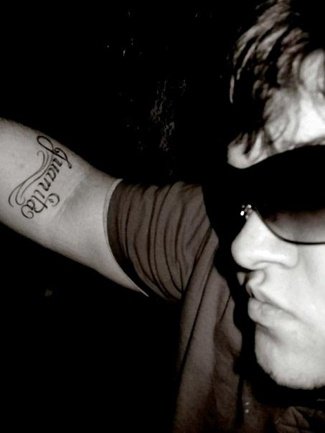 In our minds, we envisioned an elderly gent – dapper, debonaire. A retired professor now touring the state at his leisure, he was a guest of honor at family reunions and barbeques. Sporting seersucker and a southern drawl, he obviously came complete with a Cadillac and a silver-tipped cane. A regular Walter Edgar, we even endowed him with a bow tie and a boutonniere!

Eventually we decided we owed the guy lunch. After all, his pictures were becoming the stars of our site. We suggested a quiet restaurant and showed up at the arranged time. Then we waited. And waited. But the only person we saw was some young kid in shorts and a t-shirt with shaggy hair and tattoos.

And thus we came face-to-face with one of South Carolina’s most surprising historians, a marvelously complex and refreshingly anti-aristocratic 27-year-old who, with a hearty handshake and almost unnerving honesty, is slowly winning the hearts of landed gentry across the state.

As long as he can remember, Brandon has been interested in history – but not the kind found in museums. Instead, his true love centers around the supernatural. In fact, Brandon’s passion for plantations is actually a by-product of his first love – ghost hunting. He was just 13 when he made his first trip to Strawberry Chapel in rural Cordesville. (Not yet old enough for a license, he had to get his mom to drive.) Friends at school told him the chapel was haunted, and during his visit he learned of a young girl named Catharine Chicken whose ghost is said to roam the graveyard at night. 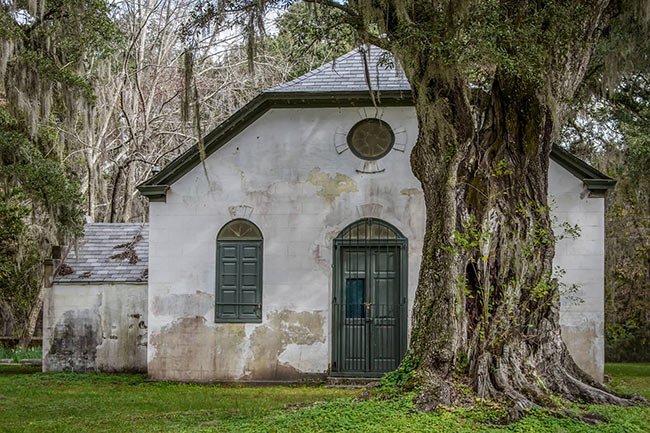 Strawberry Chapel by Brandon Coffey © Do Not Use Without Written Consent

Intrigued, Brandon decided to learn more. He found a vintage 1925 edition of Little Mistress Chicken online and discovered that a portrait of Catharine still hung in her old house at Middleburg Plantation in Huger. Scouring newspaper archives, Brandon managed to locate the owners. “Much to my surprise and excitement, they welcomed me with open arms.” 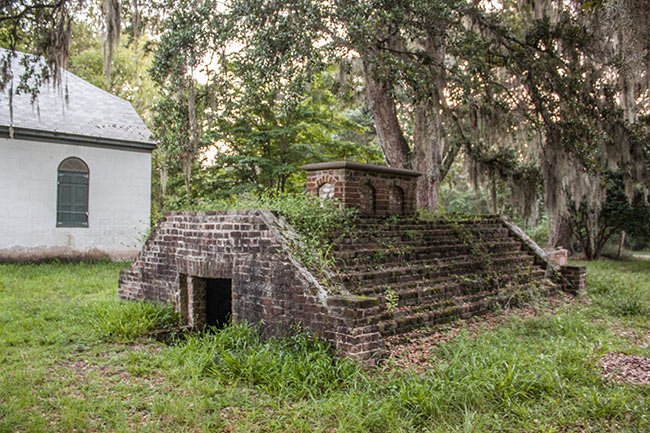 Through the years, Brandon has maintained a unique friendship with the owners, who have handed him the keys on several occasions and allowed him to stay overnight. Middleburg, which dates back to the late 1690s, is the oldest wooden plantation home in South Carolina. Isolated at the edge of the Francis Marion National Forest, it couldn’t have been spookier. “When you shut off the lights,” Brandon recalls, “it was complete darkness. The house made a lot of strange noises, and it was just a really creepy experience!”

From then on, Brandon was hooked. “I fell in love with plantations and history after that. [At first] I focused mainly on Berkeley County because that’s where I lived, but eventually, I branched out. I would love to revisit the old places because a lot of times, when I was younger, I either didn’t take a whole lot of pictures or I had a crap camera.” 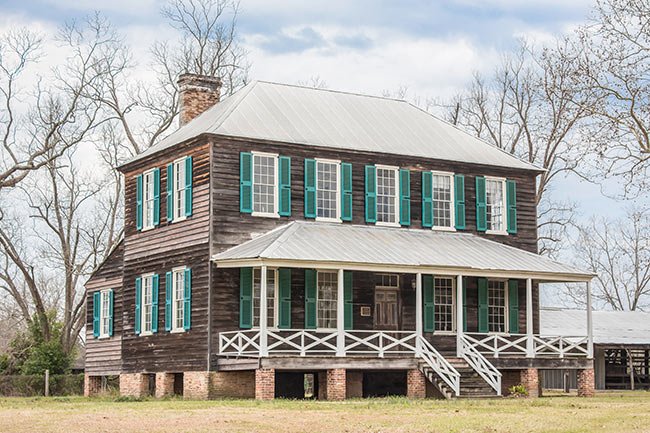 Koger Planation by Brandon Coffey © Do Not Use Without Written Consent

Not so anymore – these days Brandon’s photos are stunning and plentiful. Almost completely self-taught, he has contributed pictures of 65 plantations so far, generously sharing his talent for everyone in our state to enjoy. Of course, there are still plenty more plantations for Brandon to document. In just under 200 years, South Carolina had over 2,000 estates worked by slaves. (See a list of SC plantations here.)

What’s next on his list? Right now, Brandon has his sights set on Tibwin Plantation in Awendaw and Comingtee Plantation on the Cooper River in Berkeley County. The shell of the old house at Comingtee still stands, but par for the course, Brandon’s primary purpose is actually to hunt down an ancient oak called the Old Robintation Tree. 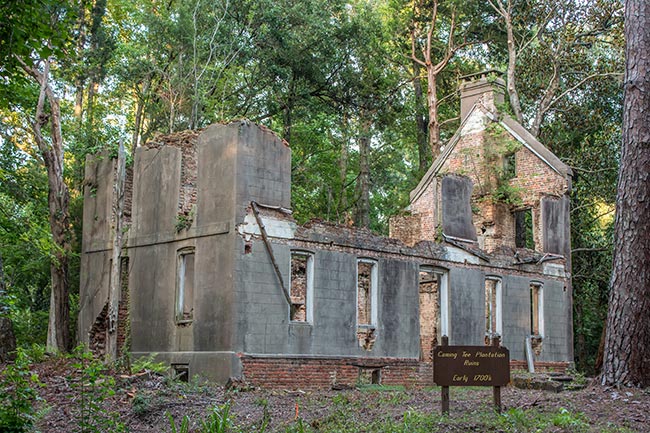 Comingtee Planation by Brandon Coffey © Do Not Use Without Written Consent

This tree, which stands at the edge of the aptly named Forbidden Woods, is said to be home to a shape-shifting ghost. The tree grows out of a rock outcropping, unusual in this part of the state, and a poultice made with its leaves was once so enticing to folk-healers that the owners had to build a fence to protect it. (See a scary old photo here!)

The Curse of Medway Plantation

Since he’s visited so many of our state’s secret spots, we couldn’t help but wonder which Brandon likes best. As his first, Middleburg naturally holds a special place in his heart. But his favorite, he confesses, is actually one he’s never been inside. Brandon calls Medway Plantation in Goose Creek his “nearest and dearest.” Then he adds, “It’s also the one that’s told me ‘no’ the most, so that could have something to do with it.” 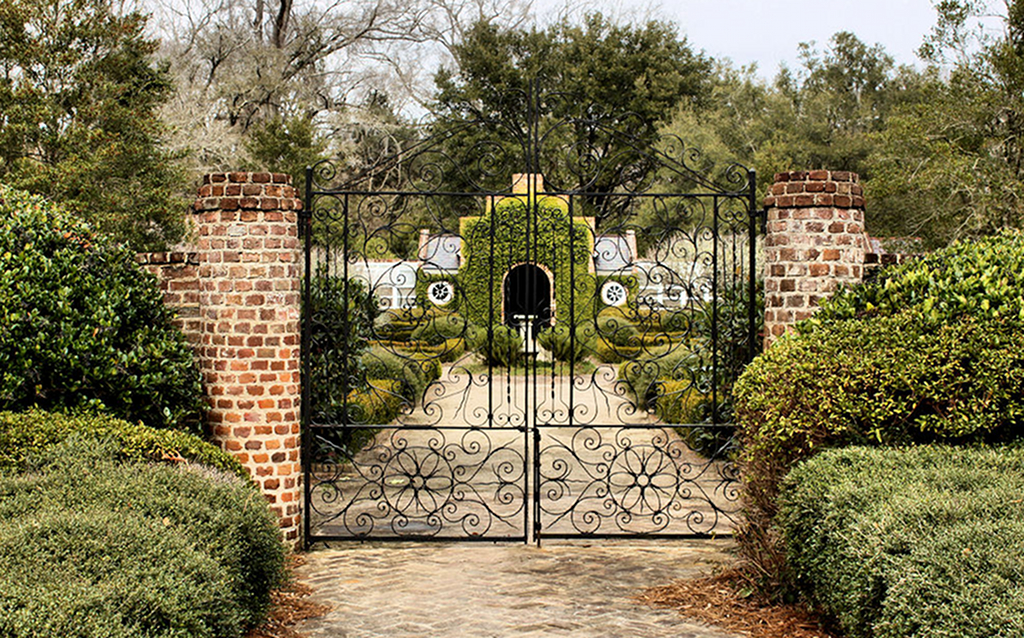 Medway Plantation by Brandon Coffey © Do Not Use Without Written Consent

The house at Medway is the oldest brick dwelling in South Carolina – and one of the few built in a Dutch architectural style. Dramatically different from other plantations (no clapboard siding, tin roof, or double veranda), Brandon has been trying to get inside the place for years. He contacted the former owner multiple times, but she refused to call him back. He wasn’t even able to set foot on the grounds until 2005, when he finally forked over the money for a paid tour. Sadly, that experience left a lot to be desired. “We basically just sat in front of the house while they told us about the history – it was pretty lame. When they left to tour the gardens, I snuck off to see the other sides of the plantation. I got in trouble, and the pictures didn’t turn out too great because I had to snap them so fast!”

Medway recently sold for $11 million to a Greek art collector and shipping tycoon named Gregory Callimanopulos. Optimism renewed, Brandon is excited to touch base once the new owner moves in: “Hopefully he won’t be so weird about having visitors.” (We hope so too, Brandon. And if you’re reading this, Mr. Callimanopulos, we think a few of Brandon’s photos might make an excellent addition to your collection!)

While it’s probably obvious by now, we think it is important to note that Brandon has no connections to any of the plantations he visits. No formal introductions, no friends-of-friends. Eager to know how some kid from North Charleston is able to gain access to some of South Carolina’s most exclusive residences, we asked him how he pulls it off. A bit surprised, Brandon answered immediately: “I just ask. I’ve never been intimidated by wealth. I don’t care how much money someone has – they’re no different than you or me. They might own the plantation, but the history belongs to everyone in South Carolina.” 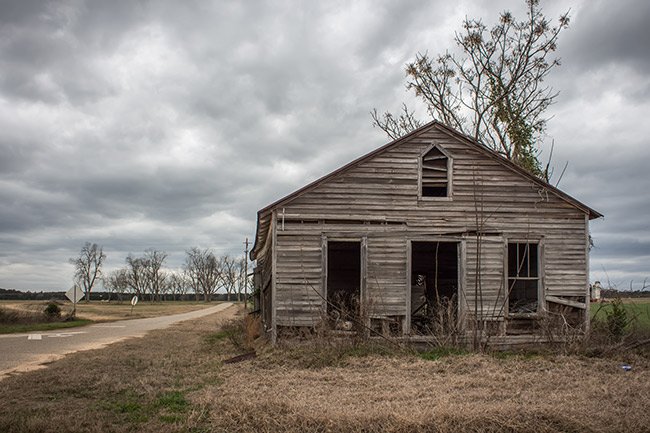 That said, Brandon is also quick to acknowledge his gratitude: “What surprises me most about visiting these private places – complete stranger’s homes – is that the owners were more than willing to share their property with me and tell me all about the places when I visited. I have met some very warm, gracious people in my explorations over the years, who always were equally surprised that I even cared because I was so young. Honestly, I expected to be told ‘no’ every time I inquired about visiting a new property, but thankfully I have only been told ‘no’ two or three times.” 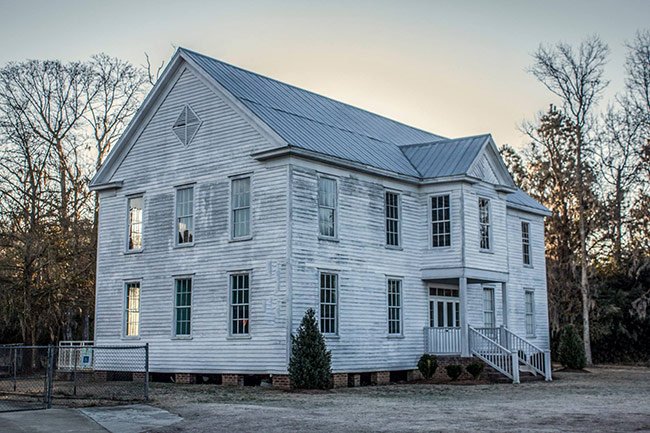 The secret to his success? Direct and delightful, with the mouth of a sailor and the manners of a gentleman, Brandon never turns down the chance to walk with someone along a forgotten path, and he always takes time to share a porch swing. With a deep appreciation for history, he has formed lasting friendships with many of the owners he’s met, most of whom are three times his age. Summing things up in his typical no-nonsense style, Brandon says, “Sometimes I feel like I just have more in common with them than I do people my own age – and they’re usually a lot more interesting too!”