This 7,000-acre park near downtown Spartanburg was once a United States Army training camp, giving it the name Camp Croft. The training base was established here in 1941 under the direction of then-United States Senator James F. Byrne and was named in honor of Major General Edward Croft of Greenville, a former United States Army Chief of Infantry who died in 1938. From 1941 through 1946, around 60,000 troops went through training at Camp Croft each year. The camp closed in 1947, and the land was transferred to the South Carolina Commission of Forestry for use as a state park. Camp Croft State Park opened in 1949. 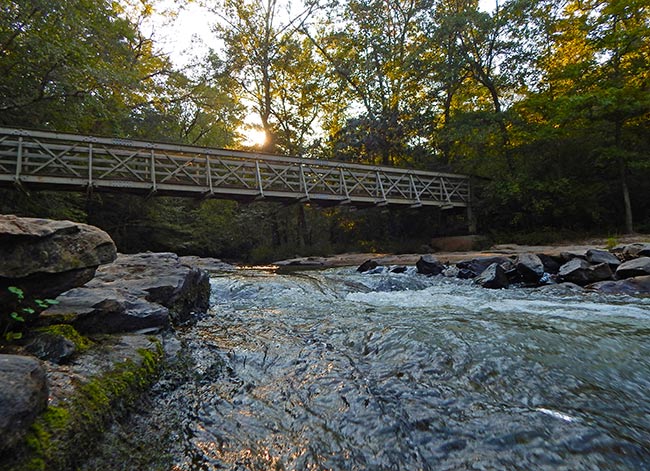 Many families were forced to relocate during the construction of the camp, abandoning their homes. The ruins of some of these homes remain within the park. Features of the park include Lake Craig, Lake Johnson, Fairforest Creek, and the Advance America Bridge (seen above). Contributor Jeffry Guill writes, “This 65-foot bridge is the longest trail bridge in a South Carolina State Park. It crosses Fairforest Creek along the ‘Croft Passage’ section of the Palmetto Trail. The rich history and beautiful hills make this a jewel in the SC State Park system.” 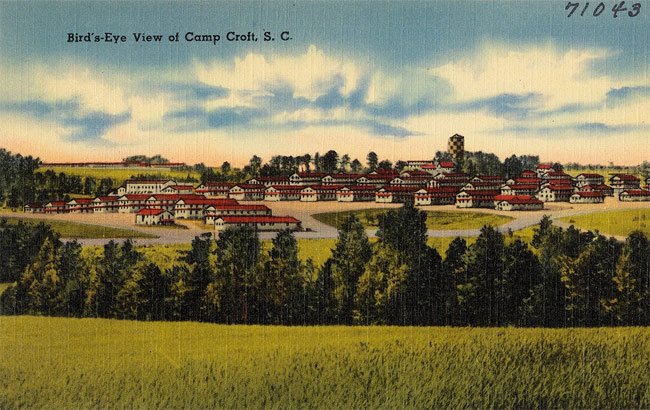 Visitors are invited to canoe and kayak on Lake Craig, either in their own boats or ones rented from the park. Personal boats with electric trolling motors are also permitted, and a boat landing provides access. For hikers and bicyclists, 12 miles of wooded paths provide a natural setting for a full day of activity. Equestrian stables are available as well, and park guests may rent a horse to ride along one of the several equestrian trails. Twenty-five campsites around the lake allow guests to stay overnight at the park, and visitors are also free to bring their pets, provided they are leashed. 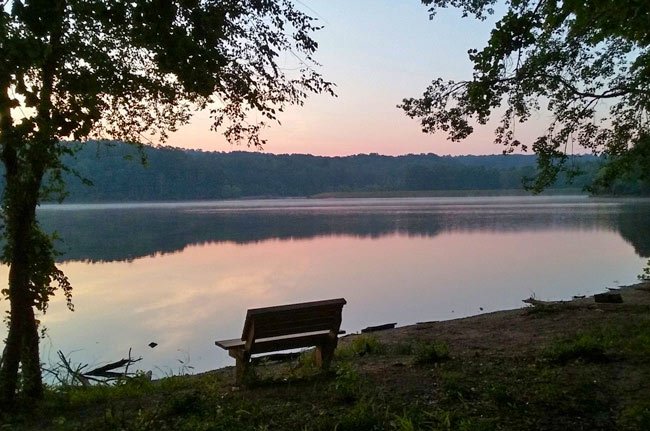 Sharon McFalls of Spartanburg, 2016 © Do Not Use Without Written Consent

Lake Craig (shown above) is named for Tom Moore Craig, chairman of the Spartanburg County Forestry Commission during the park’s development. Lake Johnson was temporarily closed in 2011 in order to rehabilitate the fish population within the lake.