The City of Landrum was incorporated in 1883, just a few years after railroad tracks were laid in the community. The area was first called Earlesville for the Earle family, who owned much of the surrounding land in the 1700s. Once John Landrum donated land for the tracks to service a train running from Spartanburg to Asheville, North Carolina in the late nineteenth century, the community was renamed for him. The Landrum Depot was built along with the railroad in 1877, but part of it was lost to fire a few years later; an addition eventually replaced the burned portion of the building. The depot’s most infamous story occurred during its grand opening on June 12, 1877, when United States Deputy Marshal J.S. Ledford from Spartanburg, who was arriving on the train’s inaugural stop in Landrum, was fatally stabbed by local moonshiners. 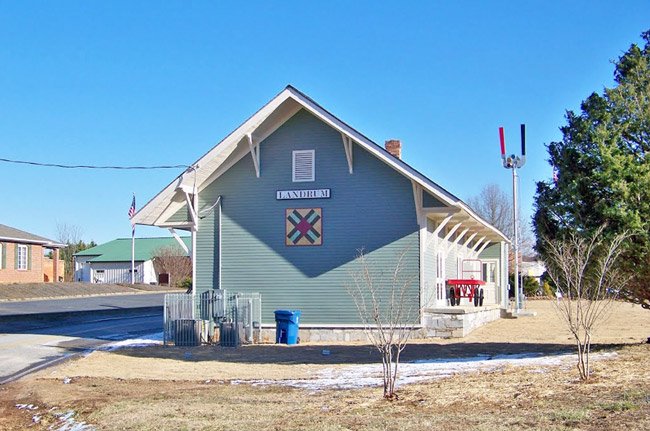 The train depot continued to serve the residents of Landrum through much of the twentieth century; the last passenger train to stop here was in 1973. In 1974 city officials began plans to convert the depot into a civic center, which opened in 1976 with new floors and a kitchen. While the building was well-used in this capacity, by 2012 the city was ready to make the historic building even more accessible and undertook a renovation that would turn the former depot into a museum along with event and meeting space. 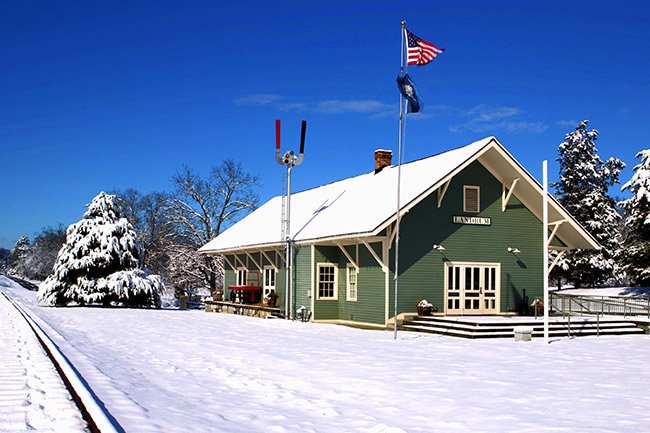 Lorin Browning of Landrum, 2017 © Do Not Use Without Written Consent

On November 16, 2013 the Landrum Depot re-opened with a ceremony, and those in attendance were able to view the depot’s modern amenities such as an updated kitchen and technical equipment along with the restoration of original features, including exterior supporting eaves and interior wood-panel sliding doors. The quilt square gracing the front of the building was contributed by the Landrum Quilters. The pattern is aptly called, “Railroad Tracks.”

Not far from the Landrum Depot, heading towards the North Carolina border, lies this quaint service station. The Silver Springs Filling Station is another example of Landrum’s love for renovated historic structures. Outside the old station, stands a tall gas pump that operated by hand-cranking gasoline into the glass reservoir at the top. No accurate mechanical pumps existed at this time so the measurement notches in the glass reservoir would determine how much gasoline had been dispensed. 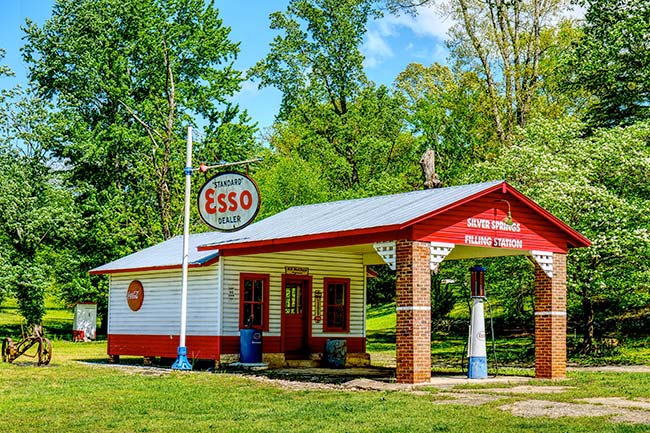