Located at the intersection of Main and Magnolia Streets, Morgan Square serves as the center of downtown Spartanburg‘s business district. Originally known as Public Square, this gathering spot dates to 1787. It was renamed Morgan Square in 1881, when the US Congress gave $23,000 to help commemorate the 100th anniversary of the Battle of Cowpens. 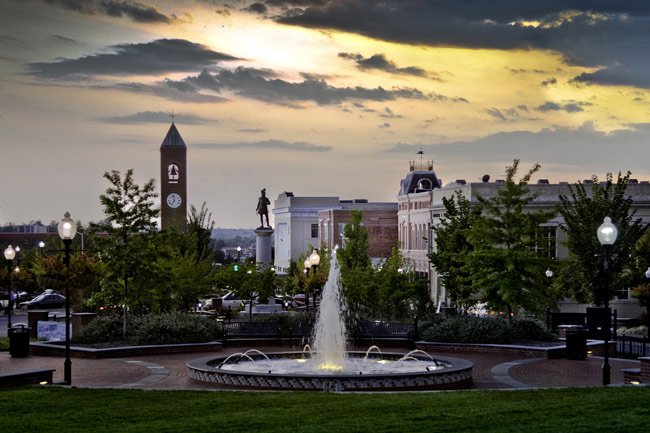 Larry Dent of Spartanburg, 2008 © Do Not Use Without Written Consent 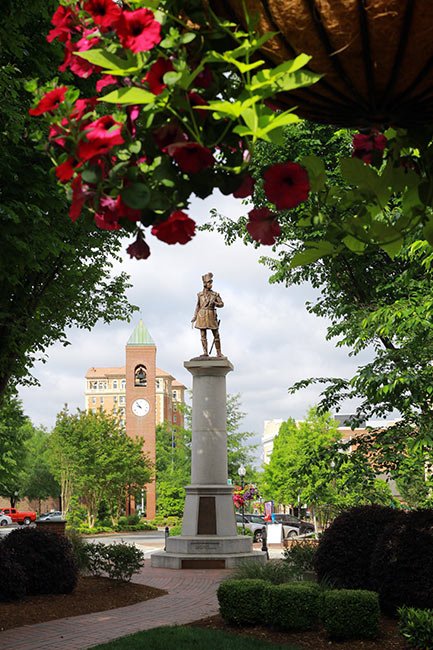 Wendy Shockley McCarty of Inman, 2019 © Do Not Use Without Written Consent

Incidentally the statue of Morgan has been moved around the square several times. The general now stands very close to his original location. Spartanburg’s town clock, sometimes called the ‘Heartbeat of Spartanburg’, is also located in Morgan Square. It was constructed in the late 1870s and was part of the old Opera House that once stood in the square. 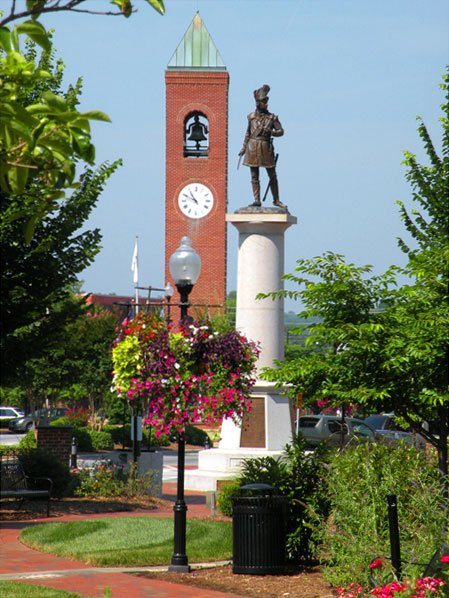 Much of this area is listed in the National Historic Register. Spartanburg went through a period of prosperity from 1880 through 1920 thanks to its booming textile and railroad industries, and many of the buildings reflect the designs of that era. Even though some of them have undergone extensive renovations, Morgan Square still maintains its historic integrity and character. 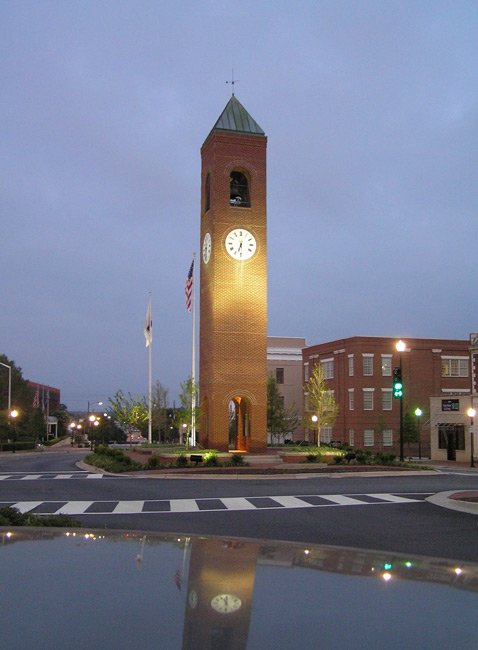 Christine Kuzmich of Spartanburg, 2007 © Do Not Use Without Written Consent

Contributor Edward Bolds shares about his photo below: “This is Spartanburg’s ‘Old Town Clock,’ a prominent landmark in Morgan Square, first installed in 1881. The image was captured during a brilliant, late-summer sunset in 2010. This is one of many unique town clocks present in many cities and towns throughout the state.” 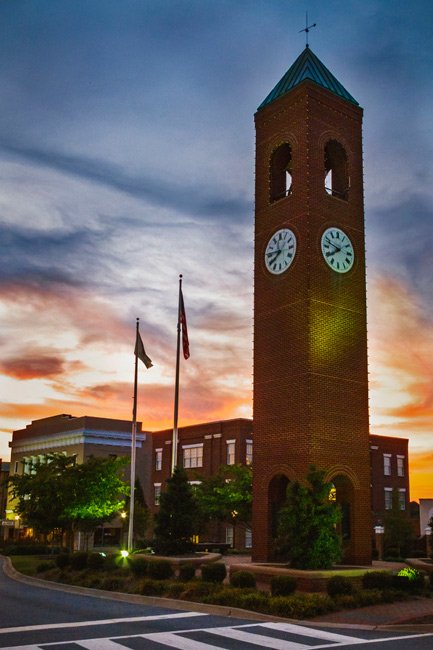 Edward Bolds of Greer, 2010 © Do Not Use Without Written Consent