Though the exact date of construction is unknown, this plantation house in the Spartanburg County community of Enoree was built sometime in the early nineteenth century. As early as 1817 it belonged to local mill owner Daniel McKee, and the balustrade on the front porch contains a wheat design, possibly depicting the primary grain milled by McKee. McKee lost the property in 1823, and the property then went up for auction in a sheriff’s sale. In 1836 it was purchased by manufacturing partners Leonard Hill and James Nesbitt, founders of the South Carolina Manufacturing Company. 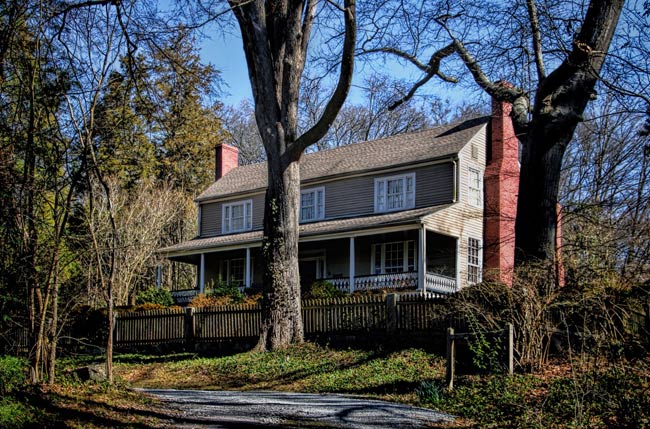 The following year it was owned solely by Nesbitt, who also used the home as his residence. Nesbitt was an active community leader who was successful as a manufacturer, farmer, and merchant. After his 1875 death, Nesbitt’s widow sold Mountain Shoals to James Hill, son of Leonard Hill, Nesbitt’s former business partner. It left the Hill family in 1924 but remains a private residence. 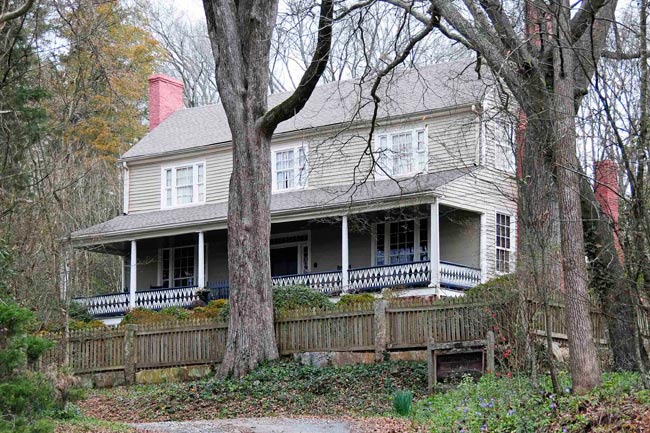 Mountain Shoals is listed in the National Register:

(James Nesbitt House) Mountain Shoals is significant for its associations with prominent individuals in Spartanburg County and as a notable example of a vernacular interpretation of the Federal style. Constructed in the early 1800s, the exact construction date is uncertain. James Nesbitt bought the property in 1836 and resided there until his death in 1875. Nesbitt was a manufacturer, merchant, farmer, large landowner and an active participant in local civic affairs. The house is a two-story frame residence set over a raised brick basement stuccoed to resemble granite. Especially notable decorative elements of Mountain Shoals include the use of tripartite windows, the unusual “wheat design” balustrade on the front porch, the notable interior overmantels and paneled wainscot. Also significant is its use of interior deceit painting as a decorative element in imitation of maple, mahogany and granite. Also located on the property is the original one-story frame well house and the cut granite well in addition to a ca. 1815 one-story log cabin which was moved here from a neighboring property. The nominated acreage also includes the early garden area associated with the house which is enclosed by a fence featuring granite posts and portions of the original spindle and picket railings. The granite foundations of several of the structure’s early outbuildings also remain.