This simple dwelling with its prominent fieldstone chimney is considered the oldest standing residence in Spartanburg. When the home was added to the National Register in 1971, it was speculated to have been originally inhabited by Revolutionary War veteran Jammie Seay and built between 1770 and 1800. However, Jammie Seay’s son, Kinsman Seay, is now thought to be the home’s first owner, though it is likely that Jammie lived here with his son and his son’s family at some point. Modern historians believe the home was built around 1830, though no documentation exists to determine the actual date. 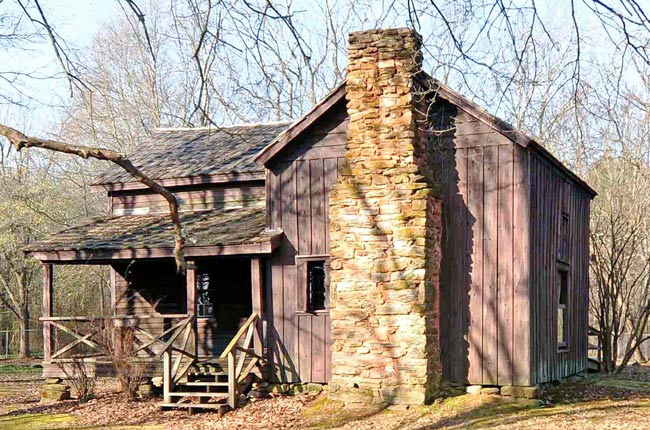 Made of logs and protected from the elements by wood sheeting, the Seay House presently sits on an acre of land. When it was built, the modest home was a small rectangular structure with a loft. An addition giving the house its “L” shape was built of clapboard siding. Jammie Seay owned hundreds of acres in the surrounding area and deeded portions of it to his children, giving his son Kinsman the property on which he built his home. At the time Kinsman’s property enveloped 100 acres. 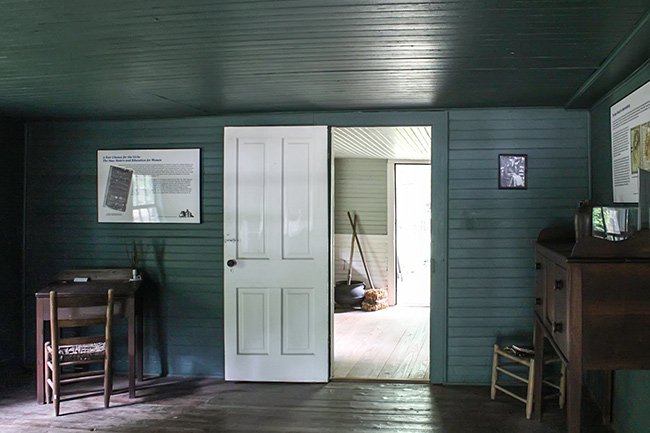 Kinsman Seay, who was a founding member of Central United Methodist Church, had three daughters who never married and remained in this house until the 1890s. The daughters – Ruthy, Sarah, and Elizabeth – farmed the land for the remainder of their lives. Descendants of the Seays maintained connections with the home until 1969. Today the home is owned by the Spartanburg County Historical Association, which recently received a grant to make much-needed repairs to the Seay House as well as create a community garden. The home is occasionally open for tours on specific Saturdays while it is being repaired. 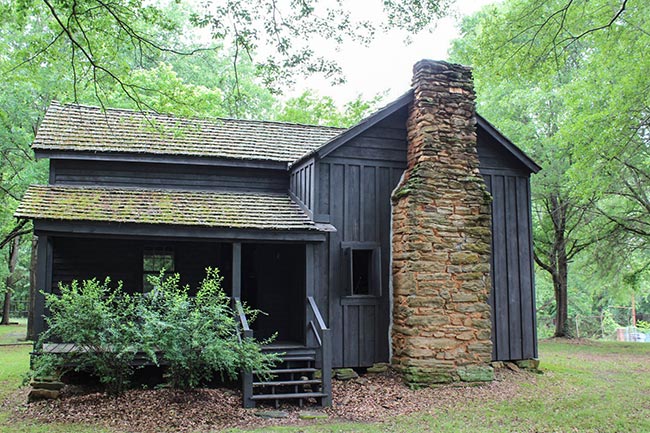 As previously mentioned, the Seay House is listed in the National Register:

The Jammie Seay House, believed to be the oldest house within the present limits of Spartanburg, is a good example of log cabin construction. Built between 1770-1800, the house belonged to Jammie Seay, a Revolutionary War soldier of the Second Virginia Infantry who was born in Virginia in 1752 and died in Spartanburg County in 1850. The house stands alone on one acre of land at the crest of a knoll overlooking the city. It was originally a simple rectangular one-story house with a loft, field stone foundation piers, gabled roof, and an end field stone chimney. An “L” addition of same height with clapboard siding is at the rear and possesses a one-story lean-to front porch supported by square columns. The interior has a field stone fireplace.